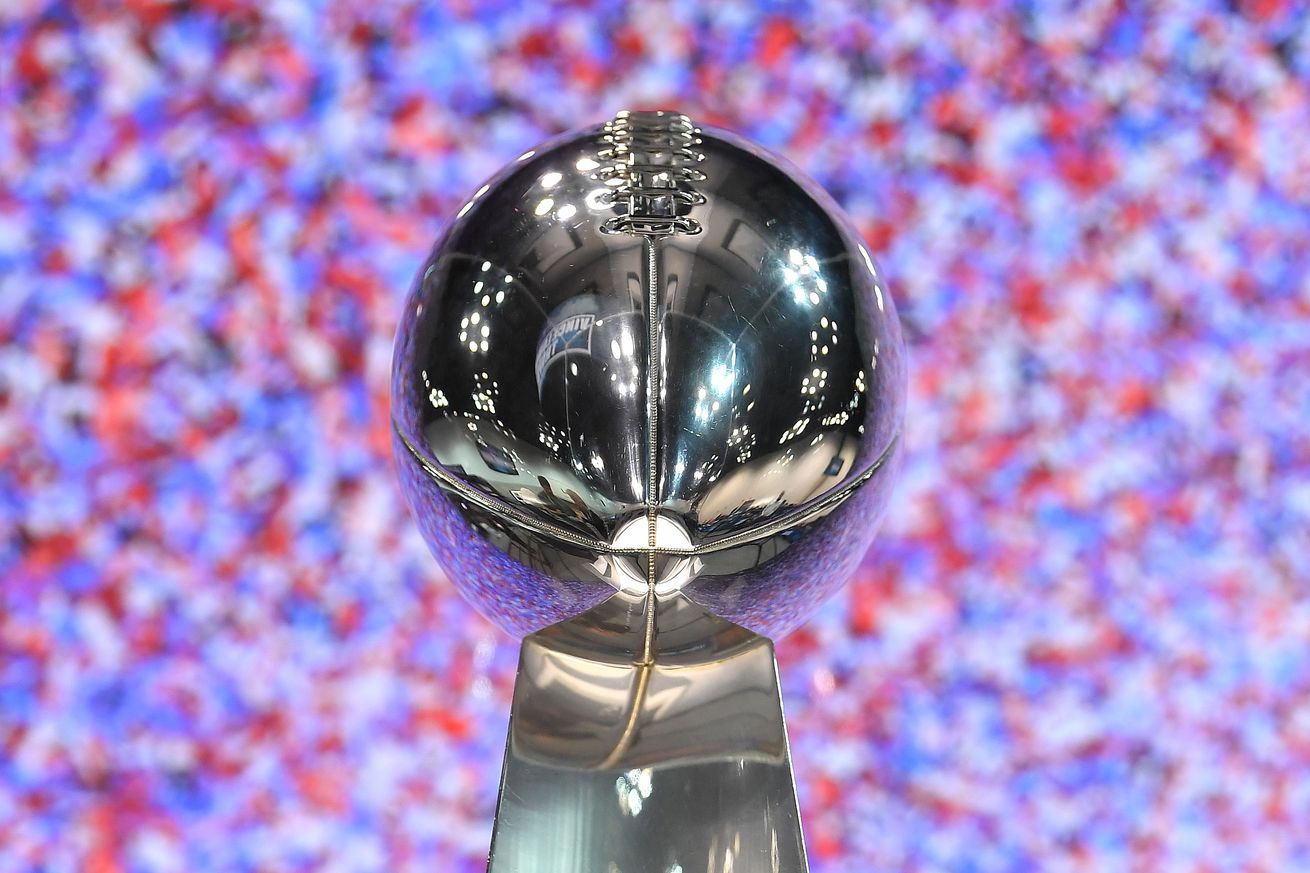 This looks like it’s about to shoot lasers at us, huh? | Photo by Alika Jenner/Getty Images

The NFC East will send a team to the playoffs this season. This madness must end. Here’s how we can do it.

For over fifty years, the NFL has offered its teams one guaranteed path to the postseason: win your division. That arrangement did not previously generate much controversy, in part because the divisions tended to be reasonably large. Four of the six divisions had five teams from 1976 through the 1994 season, and the creation of the Carolina Panthers and Jacksonville Jaguars in 1995 brought the other two divisions up to five members.

Emerging from a five-team group with a bad record was essentially impossible; only one team in the next seven seasons (the 1999 Seahawks) clinched a division with fewer than 10 wins. Peace and prosperity ruled the land. But then in 2002 the NFL welcomed the Houston Texans into the league. This expansion had two playoff ramifications:

The first is not something I would recommend you bring up to a Texans fan. They’ve got enough to deal with, and giving them space is the kindest thing you can do. The second gave rise to something the NFL hadn’t really seen prior to this realignment: the shitty division winner. In the times before the Texans, teams had made the playoffs with a .500 record. Almost all of them had done so by earning a Wild Card spot, which meant the real fault lay with six or seven other teams who’d let this happen through their own accumulated failures.

But since 2002, two teams have won their division title while finishing 8-8 (the 2008 Chargers and the 2011 Broncos) and two others have done so with final records below .500 (the 2010 Seahawks and the 2014 Panthers). In all four instances, another conference competitor with a winning record had to watch the playoffs from home, not fortunate enough to be in that season’s Trash Division. And the 2020 NFC East looks ready to add another; after eight weeks, the division has a cumulative record of 8-22-1, and six of the wins came from games between NFC East teams. (Starting this season, the NFL added an extra wild card spot, which reduces the chances that a good team will stay home, but doesn’t prevent a bad division winner.)

The simple answer would be to stop giving playoff spots to division champions and just assign them based on overall record, but the NFL won’t do that because it would make divisional rivalries far less meaningful and run the risk of certain playoffs lacking geographic diversity, which would be bad for precious television contracts. Fortunately, I have a solution that’s good for all parties: the Playoff Challenge.

The rules of the Playoff Challenge are as follows:

Let’s illustrate this using a recent example. The 2014 Eagles went 10-6, finishing two games behind the Cowboys in the NFC East and a game behind the Lions and Cardinals in the Wild Card race. Meanwhile, the Panthers won the NFC South with a record of 7-8-1, which included a 24 point loss to Philadelphia in Week 10.

This system is perfect and unimpeachable. For teams just missing the playoffs, it provides a window of opportunity, though not one without risk. For teams that make the playoffs by winning bad divisions, it’s a chance to prove they actually belong in the postseason. They can also embrace cowardice and reject the challenge, though that’s not without cost either.

But the real magic of the Playoff Challenge is how it changes the final stretch of the regular season. At present, it doesn’t matter if your team is right behind the last Wild Card team or further back – either way, they’re out of the postseason. Under this system, finishing third in the Wild Card race comes with an opportunity that teams will fight to grab. There’s also new urgency for the divisional winners. The current model makes it very valuable to be the best division champ, but there’s not much difference between finishing third or fourth. Neither gets a bye, and neither is likely to get more than one home game. Now imagine being the third seed in the playoffs means safety while the fourth seed puts you in peril of being challenged.

And then there’s the Challenge game itself, which potentially gives the NFL two additional playoff (or quasi-playoff, I suppose) games to air, with huge stakes that will draw curious audiences whether or not they root for the teams playing. How can the league possibly reject an idea that leads to more TV revenue?

Answer: they can’t! And I’ll happily license them this idea for the low, low price of, eh, let’s say $2,000,000. That’s less than Matt Barkley makes, and I’m confident the Playoff Challenge will do much more for the NFL.

If you liked this bad idea, good news: we’ve got several others over at Banner Society, of varying badness!