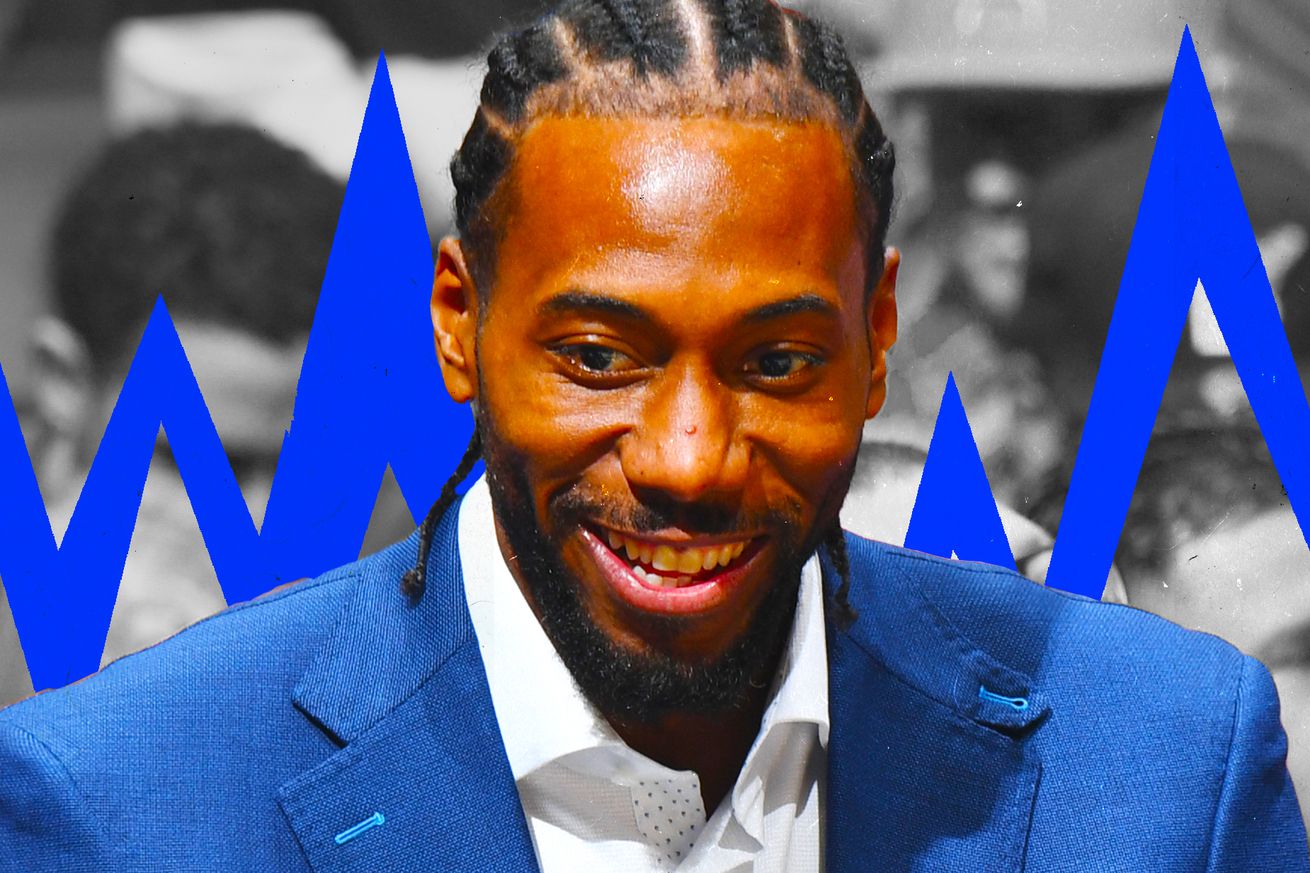 Kawhi Leonard in a suit has become a common sight for NBA fans.

The load management debate, explained from all sides.

The NBA is a superstar’s league, and franchises are doing anything they can to keep their best players in top shape for the playoffs. Recently, that’s meant sitting players for games in what’s known on the stat sheet as “load management.” Load management’s a much-too-long phrase that means “rest.”

Typically, load management nights are pre-planned during back-to-back games. It’s been popularized by Kawhi Leonard, who has already sat for two games out of eight this season, but also been used by LeBron James, among others. Leonard, while with the Raptors, was load managed all of last season, playing only 60 regular-season games before leading Toronto to an improbable championship, where he was named NBA Finals MVP.

Don’t confuse load management as a phrase that’s merely meant to limit players playing too many minutes per game. Load management determines how often they should work out, practice, travel, and everything else surrounding those game minutes as well. It uses caution to keep players feeling their best, and strategizes when it’s necessary to put additional strain on the world’s best athlete’s bodies.

What is load management?

Remember when the Spurs popularized “DNP – Rest”? Load management is essentially a fancy term for that. It means giving a player a night off during an 82-game NBA season in hopes of preserving him for the playoffs.

Why is everyone angry about load management?

There are several sides to the load management debate, and everyone has some reason to be angry with the other. Fans are angry because the best player on their team is sitting games despite being healthy enough to play. Not only might that cost their team a win in the regular season, but fans are also paying money to see the best players in-person. They’re left to see Leonard or James or whoever it may be in street clothes. That stinks!

Coaches and players aren’t explaining the idea of load management well, either, and that also isn’t helping fans. Clippers head coach Doc Rivers was fined $50,000 by the league for saying Leonard “feels great,” despite load managing him hours later. The NBA has a policy in place to fine teams $100,000 for sitting healthy players for nationally televised games, but the Clippers confirmed with the league that Leonard is suffering from an ongoing injury to his patella tendon. Still, the head coach saying Leonard feels great, and then not playing him can be disappointing for a fan.

Fan entertainment is a priority, but it isn’t the only one. NBA teams aren’t worried about how a crowd might react if their star sits. Their focus is on reaching the playoffs and then winning a championship. Sometimes that means giving Leonard a night off.

A player’s primary concern — on top of winning — is also to get paid. Any major injury can cost them significant money. Look at what happened with DeMarcus Cousins over the last two years. If missing 10 or so games per year can prevent that, so be it, in their minds.

TV networks also aren’t happy about players sitting. The load management discussion skyrockets every time a player takes a seat for a nationally televised game. Most recently, that was the case on Wednesday night when Leonard sat for the Clippers against the Bucks. In the short-term, that might mean less viewers for a couple of games. But in the long run, decisions like this could damage the players’ pockets. Knowing Leonard wasn’t playing likely made the decision for some fans to turn their TVs off for the 10 p.m. ET game. Eventually, the less viewership, the less lucrative a TV deal will be for the players.

It’s too early to tell how much load management actually helps a player, but there’s been a focus on improving player’s physical and mental health in recent years. In a two-part series, Baxter Holmes detailed NBA players’ ongoing struggles with sleep deprivation, and the rigorous grind of high school AAU basketball on a teenage body.

“I think in a couple years,” Tobias Harris said, “[sleep deprivation] will be an issue that’s talked about, like the NFL with concussions.”

Basketball is ruthless. In the NBA, an 82-game schedule means more than eight months of constant travel, change in time zone, and sleep in a different bed. Even though the NBA has done a lot to improve spacing in the schedule, making 4-game-in-5-nights extinct, and reducing the amount of back-to-back-games teams play, the season’s still grueling.

The most recent rookie classes are also missing a historic amount of time due to injuries and illnesses. Many theorize that wear-and-tear of AAU ball is draining the league’s best talent before it reaches the pros.

Teams will point to the success of Leonard’s load management last year in the Raptors’ title run. Is there much data to support what rest did for Leonard yet? No.

But resting a player has to be better than overworking them, right?

What do coaches think about load management?

Coaches and players are starting to understand load management more and more each year. Although the term is just being popularized now, it’s been happening for years, even dating back to the Tony Parker-Tim Duncan-Manu Ginobili Spurs in their prime. Gregg Popovich has been in trouble with the league multiple times over resting his stars together, sometimes on national TV nights. Now coaches are really buying in, especially Leonard’s coach, Rivers.

“He feels great,” Rivers said about Leonard after resting him on Wednesday. “But he feels great because of what we’ve been doing, you know. We’re just going to continue to do it. There’s no concern here. But we want to make sure. I think Kawhi made a statement that he’s never felt better. It’s our job to make sure he stays that way. That’s important.”

“I believe in load management in the overall picture,” Wizards head coach Scott Brooks said. “It’s easy to focus on game minutes. But I get to see all the other things we do.”

There are, of course, detractors. Knicks head coach David Fizdale called load management “crap,” in response to a question about his rookie, R.J. Barrett, playing 41 minutes in a blowout loss.

But on the whole, load management is becoming a more accepted practice.

Is there a fix?

There are ways all sides can compromise. As our Tom Ziller notes, players could simply rest games on the road to not upset as many home fans. The league also could, in theory, lessen the demands on the NBA schedule. That might mean spacing out the season even more, or, even more drastically reducing the amount of regular season games.

But nothing’s likely to give until that precious bottom line is affected. Until the league starts losing enough money to matter, things will stick to how they are.