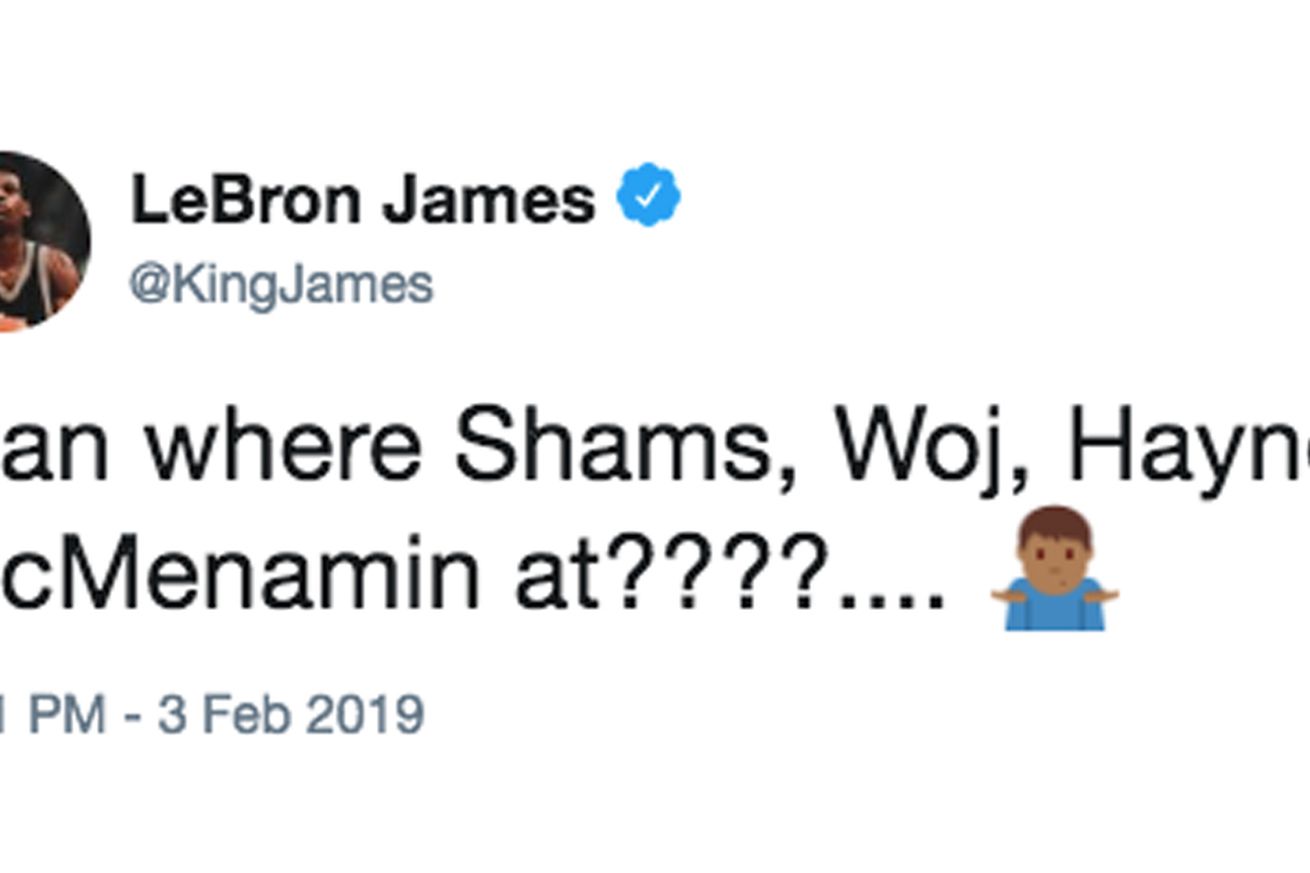 This is too good.

LeBron James is like all of us when watching the punt-fest that was Super Bowl LIII, and he started getting a little froggy during the second half.

Earlier in the week the NBA stole the NFL’s thunder when the Knicks traded Kristaps Porzingis to the Mavericks and became the talk of the sports world for a day. Now everyone is waiting to see if Anthony Davis is traded from the Pelicans, and with the Lakers being the most-likely destination LeBron was ready to try and take over the game.

Now, imagine for a sec that you’re an NBA insider and you see this on your Twitter. You know there’s a 99.9 percent chance that LeBron is just screwing with everyone, but you also can’t afford for that 0.1 percent that you’re missing the biggest NBA story of the year — adding Davis to the Lakers to team with LeBron.

So in effect James is ruining so many people’s Super Bowl nights just to mess with them — but on the plus side it’s not like they’re missing that much anyway.

That’s not all LeBron was up to on Twitter. He also had thoughts about the halftime show.

Soooooooo…… This halftime show though. That’s all for Travis or nah?!?!?!

Me next year at halftime show! NOT!! pic.twitter.com/lcUAqJgWNM

The best way this ends if LeBron wasn’t kidding.

In the end, LeBron had nothing but positive things to say about the halftime show that a lot of people hated and an ugly game that was the lowest-scoring in Super Bowl history:

Recap of Super Bowl Sunday. The commercials were pretty good(NFL 100 spot and @MillionDollar spot tops the chart). ‍♂️The halftime show looked dope from watching on TV. Wish TS had more time and you forget how many hits Maroon 5 got in their archives …..

Then to the game. At the end of the day yes we all wanted more fireworks, points, etc etc but as a competitor and former football player those games happen like that and I couldn’t not like it! Defense wins championships. The best team prevailed and Brady is still The !

We at least agree about that dope NFL commercial.