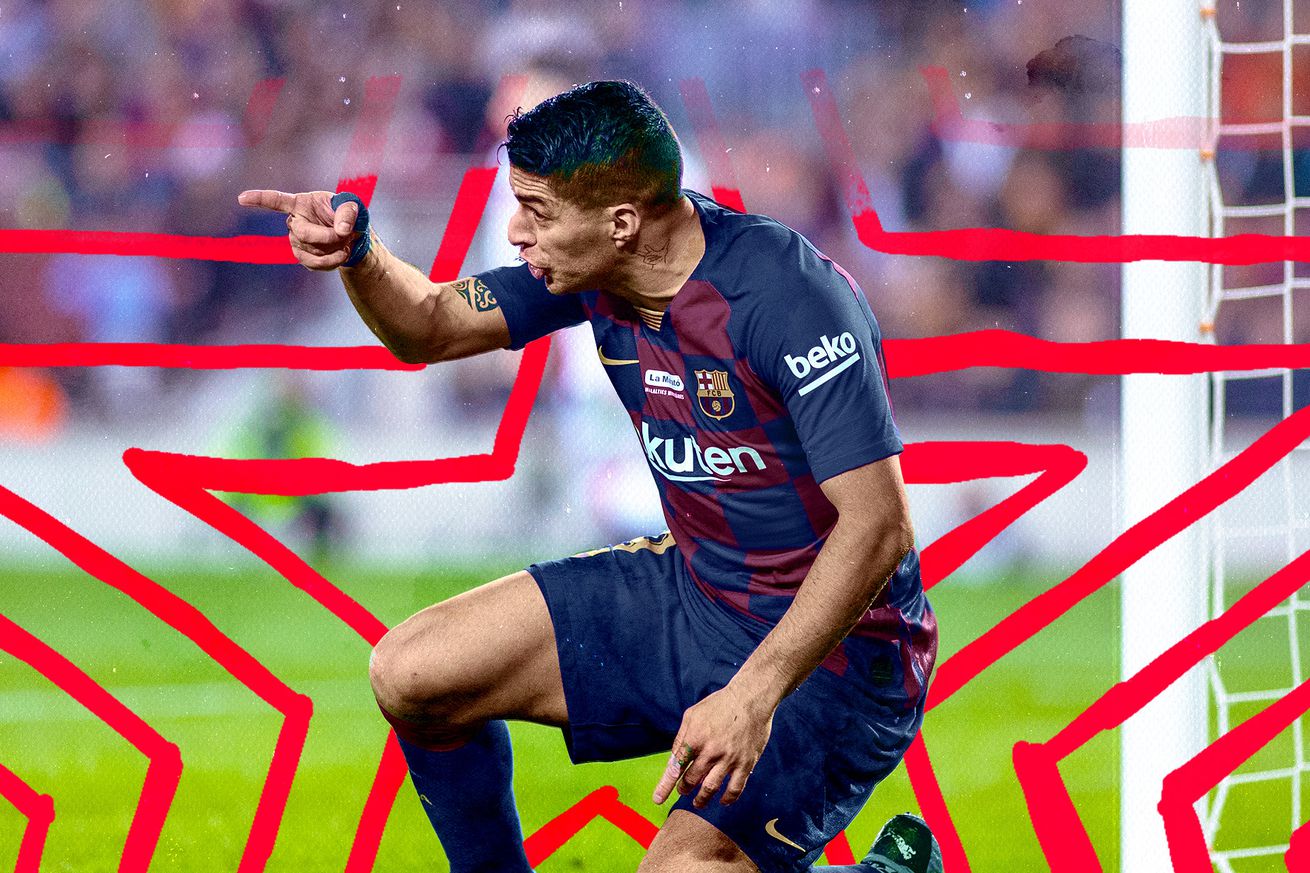 With a breathtaking goal against Mallorca, Suarez looked like his old self, and not the lethargic entity he and Barcelona have become.

Luis Suarez may no longer be in the conversation among the best strikers in the world, but he is still capable of incredible individual brilliance. Over the weekend, he scored an absolutely breathtaking goal against Mallorca.

While Lionel Messi is the face and savior of this Barcelona team, Suarez represents the team’s odd existence better than anyone. Messi is the Atlas who must carry the team’s offensive burden, while Suarez is everything bad and tremendous about the team.

Suarez is older, slower, and nowhere near the player he used to be. In most matches these days, he seems to be stumbling over his own feet and trying to will his body to do things it can no longer do. Yet Barcelona has no suitable replacement for him, no one to challenge his place. Even if that challenger existed, Ernesto Valverde would likely retain the veteran forward just as he does most of the older players on the team. Barcelona is full of players in the same situation as Suarez, and the team tends to look lethargic and dull as a result.

Suarez himself has urged the club to find another forward to challenge and potentially take his place:

Yet, for all of his faults, Suarez has so much innate ability that he can still make magic out of what is ordinarily a hopeless situation. He can get a pass while running away from goal, and out of thin air, produce a backheel chip goal that stuns the keeper, the opponents, the watching audience, and his own teammates. He is past his prime, but he still retains the quality of being Suarez, which makes incredible goals a possibility at all times.

The same can be said for Barcelona as a team. For all of the frustration that comes with watching an aging squad wait around for Messi to save the day in every match, of dealing with a manager who seems afraid of going beyond his safe tactics and player choices, the club is still Barcelona. They can look vulnerable and incapable of dealing with more vibrant and courageous opponents, and then all of a sudden score five goals in a statement of their natural superiority and uniqueness.

The problem is these magical moments are coming less and less frequently for the forward and the team. The breathtaking football is no longer the norm. Eventually things will have to change. In the meantime, we can enjoy the remarkable when it does happen, both for its individual quality and as a reminder of what used to be.