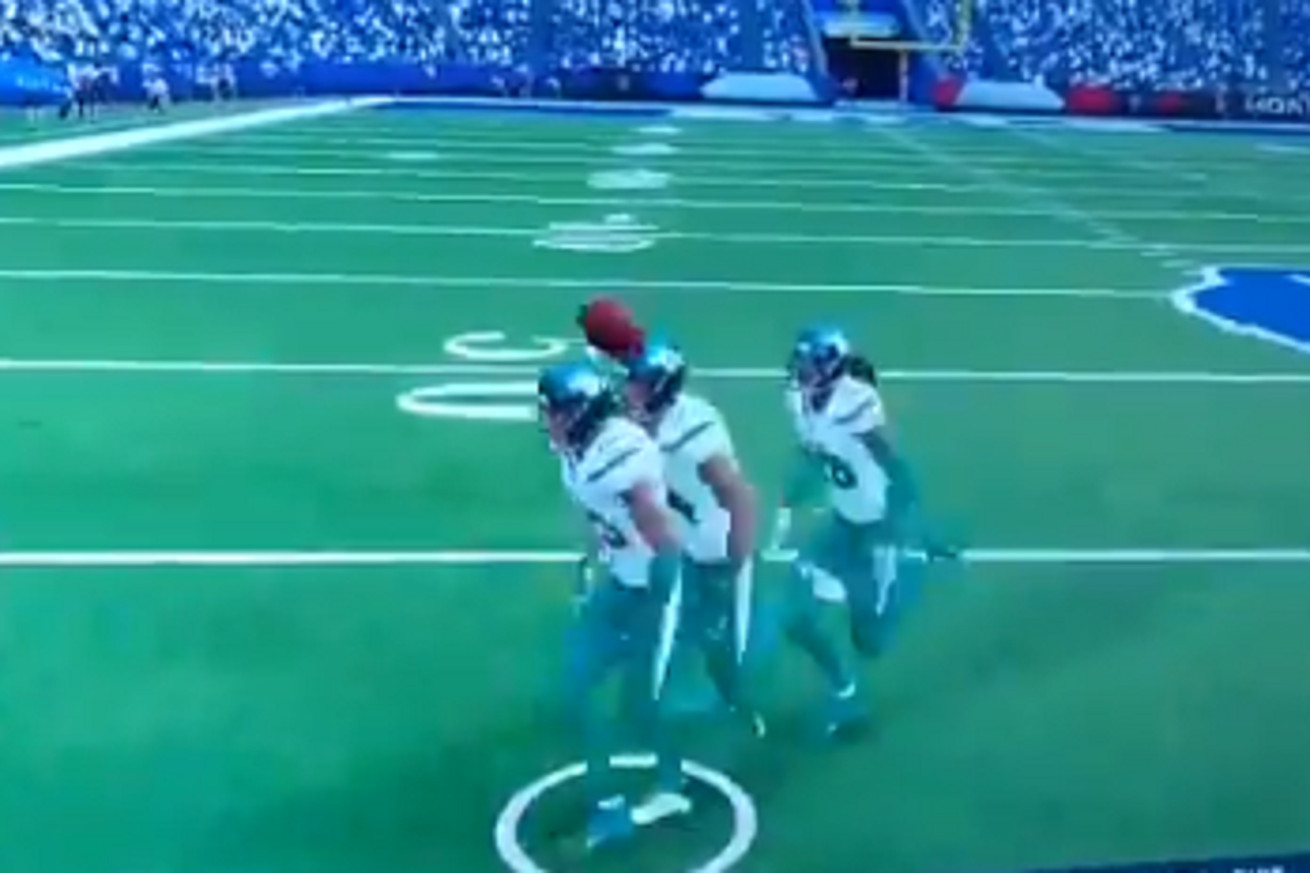 I can’t stop laughing at these.

With the release of Madden 21 comes one of the most magical times of the year … MADDEN GLITCH SEASON BABY! This incredible, yearly tradition takes us from the realm of intense NFL simulation, and imagines a world where Jon Bois had full control over the physics engine.

Take this glitch for instance, which should be a feature — not a bug.

This should be a new NFL rule, imo. If a team can work together to carry a ball downfield lodged between their helmets into the end zone it should be rewarded with an immediate 21 points. I know it’s dumb, but you’re lying if you say you don’t want to see NFL players try to run the ball downfield with their heads as time expires following an onside kick.

This one keeps happening too.

One of my favorite glitches is a tableau of sadness. Sometimes the field lines will just disappear, making a game look like the world’s saddest, least-popular music festival.

What are you talking about? This madden easily has the most bugs I’ve seen ever in madden. Everything from lines not showing on the field to the game breaking QB glitch in squads makes the gameplay irrelevant. pic.twitter.com/S8ir1GW08d

Every football fan has that one game they wish didn’t end, knowing their team would have had a chance if the clock didn’t run out. Luckily, in Madden 21 sometimes the game never ends — and players are just locked in purgatory.

NFL players often talk about a moment of zen when it seems everything on the field slows down around them and allows them to process information at seemingly super-human speeds. Sometimes this can feel like time stops all together.

LMFAOOOOOO CAN #NFLDROPEA AND GIVE GAME TO SIE WORLDWIDE STUDIO OR EVEN 2K BECAUSE I HAVE HAD ENOUGH pic.twitter.com/OZ9f79PgIA

Easily the worst thing you see on Sundays is when all the receivers forget which way to run and start heading to their own end zone.

I know we’re ragging on the game a lot, but I do really like the new advanced crawling physics they’ve added.

Ben Roethlisberger is also too scary for defenders, it seems.

But when the dust settles there’s nothing quite like not seeing yourself raise the trophy.

#NFLdropEA
Here’s “face of the franchise” mode where a WR died and his ghost still played the whole game pic.twitter.com/oPMf3EcI1o