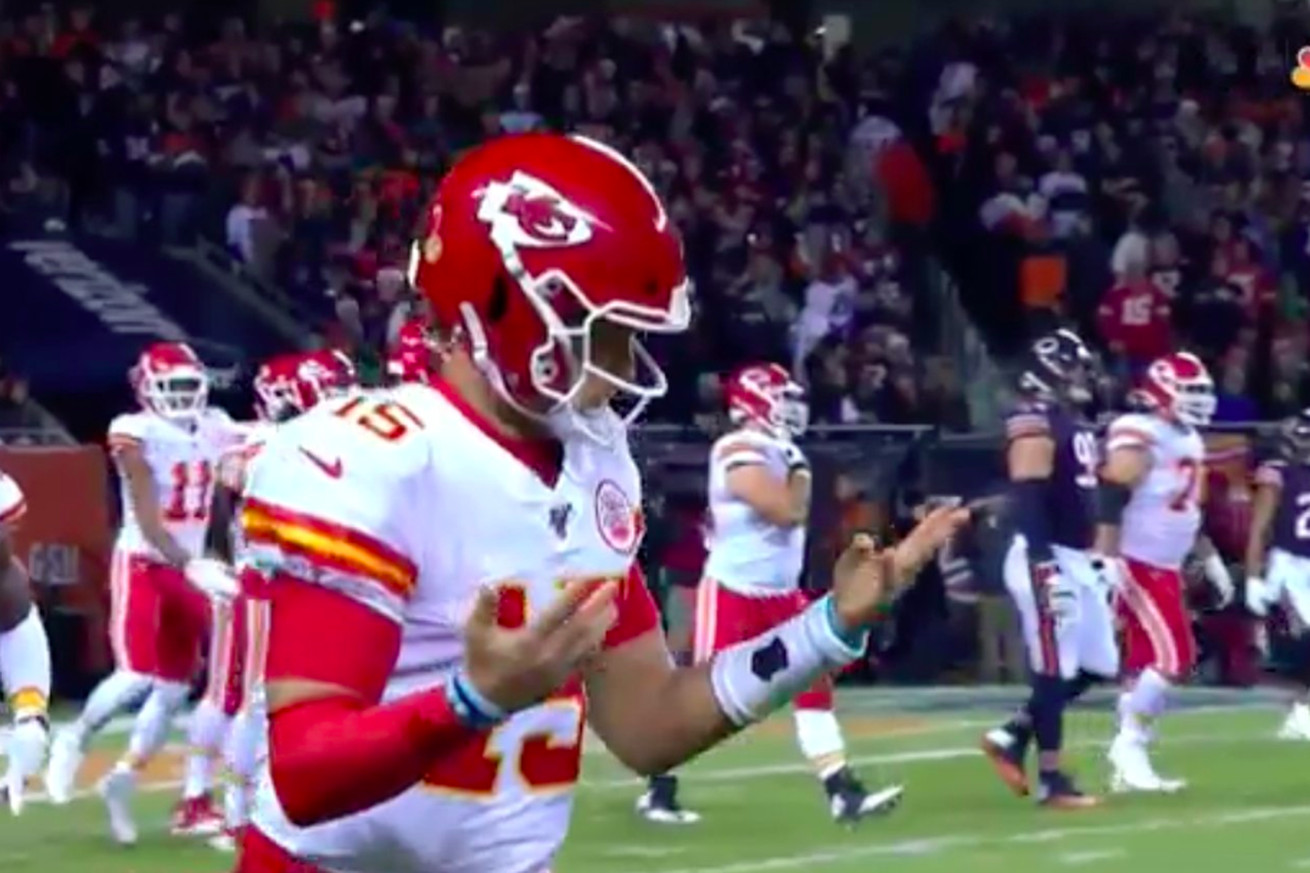 Remember when the Bears picked Trubisky at No. 2 and Mahomes went at No. 10? One QB does.

In 2017, the Chicago Bears traded up to draft quarterback Mitchell Trubisky at No. 2 overall. In doing so, the Bears passed on another signal caller in that draft class, none other than 2018 NFL MVP Patrick Mahomes, who went to the Kansas City Chiefs at No. 10.

One person who hasn’t forgotten about that fact? Mahomes, and he savagely reminded the Bears after scoring a touchdown against them on Sunday night. After finding Travis Kelce for a 6-yard TD pass, Mahomes counted to 10, presumably signaling that he was the No. 10 pick in the draft:

/throws touchdown pass to Travis Kelce
/slowly counts his way to 10 …as in, where he fell in the 2017 NFL Draft
/daps up teammates in between numbers pic.twitter.com/FVuvVxCNml

It’s no secret that the Chiefs won the 2017 draft by taking Mahomes — during his first year as a starter last season he led KC to the AFC Championship Game, and already has clinched the AFC West for his team this year. In fact, Kansas City had to trade up to get him, giving its No. 27 overall pick as well as a a third-round pick and their 2018 first-round selection to the Buffalo Bills.

The Bears, meanwhile, are 22-17 with Trubisky as their starter, and they’re on pace to finish at or below .500 this year. While Chicago did finish 12-4 in 2018, it lost to the Eagles in the Wild Card Round of the playoffs, and Trubisky’s numbers have been pretty average throughout his first few years. Even when he plays well from a statistical standpoint, it’s really hard to depend on him to win games.

Some Bears fans even wish Mahomes was their quarterback, judging by this dude who wore a Chicago No. 15 Mahomes jersey to Sunday’s game:

And it gets even worse! Mahomes isn’t the only successful quarterback that Chicago passed on that year. Houston’s Deshaun Watson, who has been lighting up defenses each week throughout his first three seasons, was also in the 2017 class, selected by the Texans at No. 12.

If the Bears want to move on from Trubisky, there are plenty of likely free agents available in 2020 that would make a lot of sense for Chicago to pick up. Perhaps they wouldn’t be in this situation to begin with if they had drafted Mahomes in the first place, though! Trubisky finished Sunday night’s game with just 177 total yards and no touchdowns. Mahomes had 251 yards passing and two touchdowns on the night.

Mahomes probably won’t forget that the Bears passed on him two years ago, and my guess is that Chicago fans won’t either.