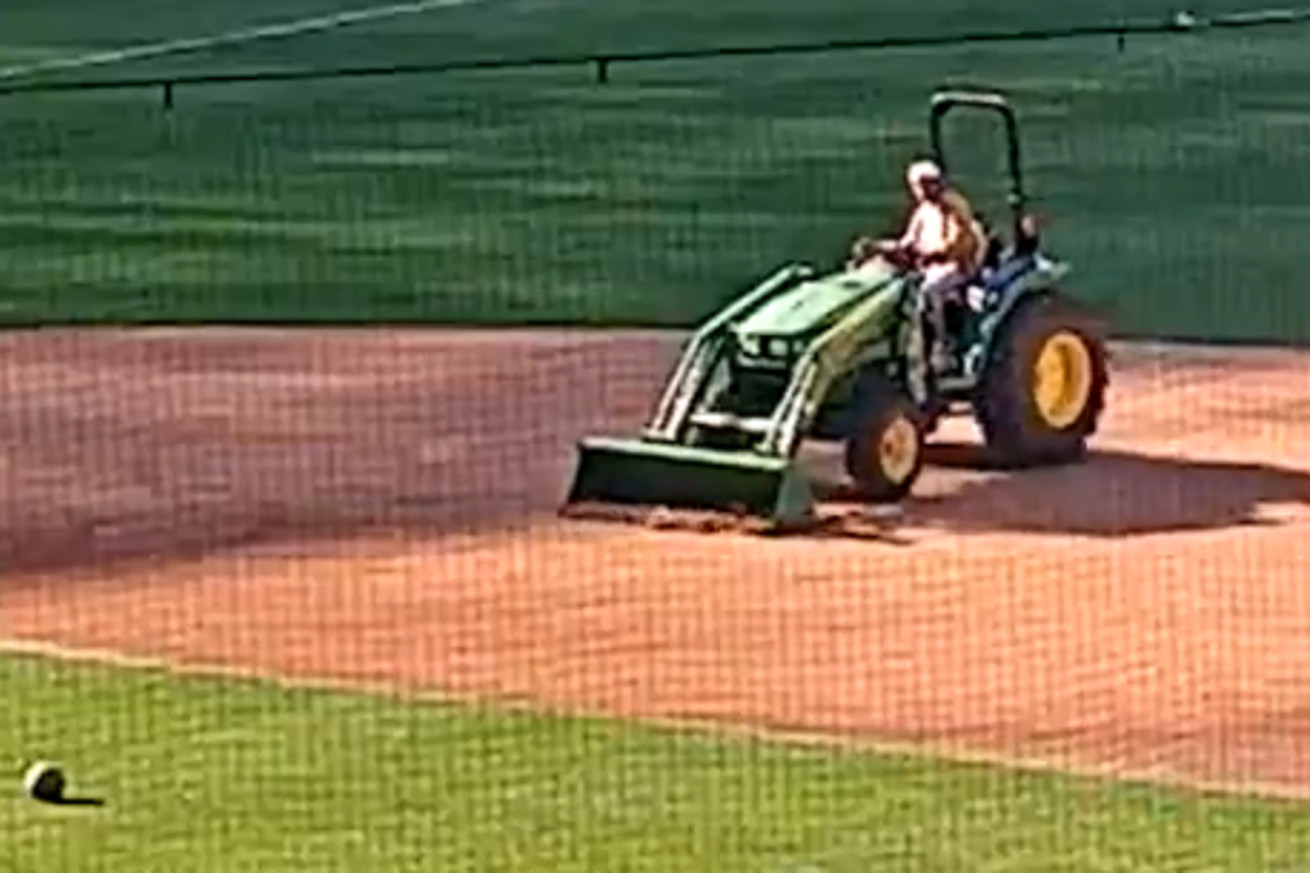 Everyone wants to leave their mark on the field — but maybe not quite like this. A 40-year-old Milwaukee man is facing charges after entering Miller Park while it was unlocked, commandeering a tractor, and trying to write his name on the field.

Enjoy this survellience video of a guy walking into Miller Park, commandeering a tractor and then carving his name in the field with it pic.twitter.com/FXg9XzwktI

The incident, which happened back in June, caused an estimated $40,000 in damages. I’m not going to sit here and say it’s okay to trespass in a stadium and tear up the field, but I respect that the man had really lofty goals. According to the criminal complaint the man told police he was “going to try to write his name in cursive with the tractor tires, but it moved too slow.”

I’m no tractor expect. The extent of my knowledge on the subject extends to my riding lawnmower. However, the idea of trying to pull off CURSIVE on a tractor feels like you’re setting the game to hard mode. Unless you are an extremely experienced tractor artist, there is no way you’re doing anything close to that. It’s a case of needing to walk before you run — knock out some all caps before trying to attempt letters with more curves, then work your way up to cursive.

Still, as Kevin Durant once said (probably) “you miss 100 percent of the 26 letters you don’t try to write with a tractor.”