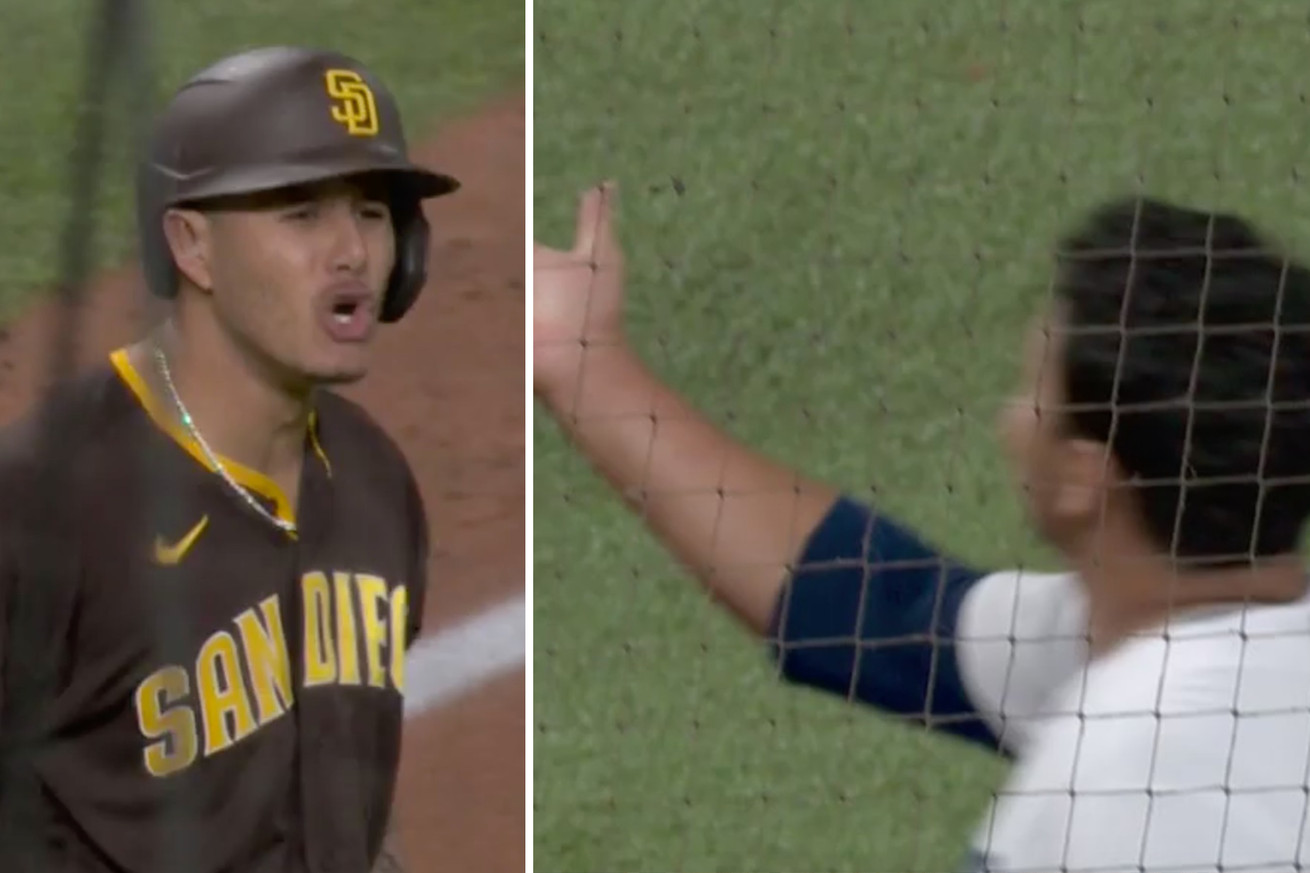 The Dodgers vs. Padres rivalry is getting spicy.

The burgeoning rivalry between the Los Angeles Dodgers and San Diego Padres heated up during Game 2 of their divisional round series in the 2020 MLB Playoffs. As the Dodgers took home a 6-5 victory in a tense and thrilling game to go up 2-0 in the best-of-five series, tempers flared between San Diego slugger Manny Machado and Dodgers pitcher Brusdar Graterol.

It started in the sixth inning when Machado stepped to the plate and unloaded a solo home run off Clayton Kershaw. Machado chucked his bat towards the dugout as the ball sailed over the fence.

Machado’s dinger trimmed the deficit to a 4-2 Dodgers lead. The next San Diego batter, Eric Hosmer, also went yard, which made it 4-3 Dodgers.

Things got interesting in the seventh inning with Padres star Fernando Tatis Jr. at the plate with two outs and a runner on second. With Graterol on the mound for LA, Tatis crushed a first pitch slider to dead center field that looked like it would be a go-ahead home run. Cody Bellinger had other ideas. The Dodgers star made a leaping catch to preserve the lead and get LA out of the inning.

Graterol — who is often emotional on the mound — immediately started celebrating. Graterol threw his glove toward the Dodgers dugout and started pounding his chest. Machado, who was standing on deck, didn’t like it. The two began barking at each other, and it ended with Graterol blowing a kiss to Machado.

Brusdar Graterol Responds To Manny Machado Yelling At Him pic.twitter.com/F57u00elkX

To Dodgers fans, Machado looks like a hypocrite for getting so upset at Graterol tossing his glove to the dugout when he had just done the same thing with his bat to celebrate his home run the previous inning. Did the blown kiss by Graterol escalate that situation to the point of taunting? Depends on how you look at it.

“When he hit his home run he threw the bat… Then we take one away, we can celebrate too. So there’s gotta be two sides to it.”
– Mookie Betts on the exchanges with Manny Machado after the Cody Bellinger catch

Bellinger’s catch is the type of postseason moment players and fans dream about. Of course both sides are going to be jacked up after a play like that. We don’t want to declare either side right or wrong because this type of emotion is exactly what makes playoff baseball so great.

The Dodgers and Padres, division foes in NL West, could be duking it out for years to come. Remember this as the moment the rivalry went to the next level.