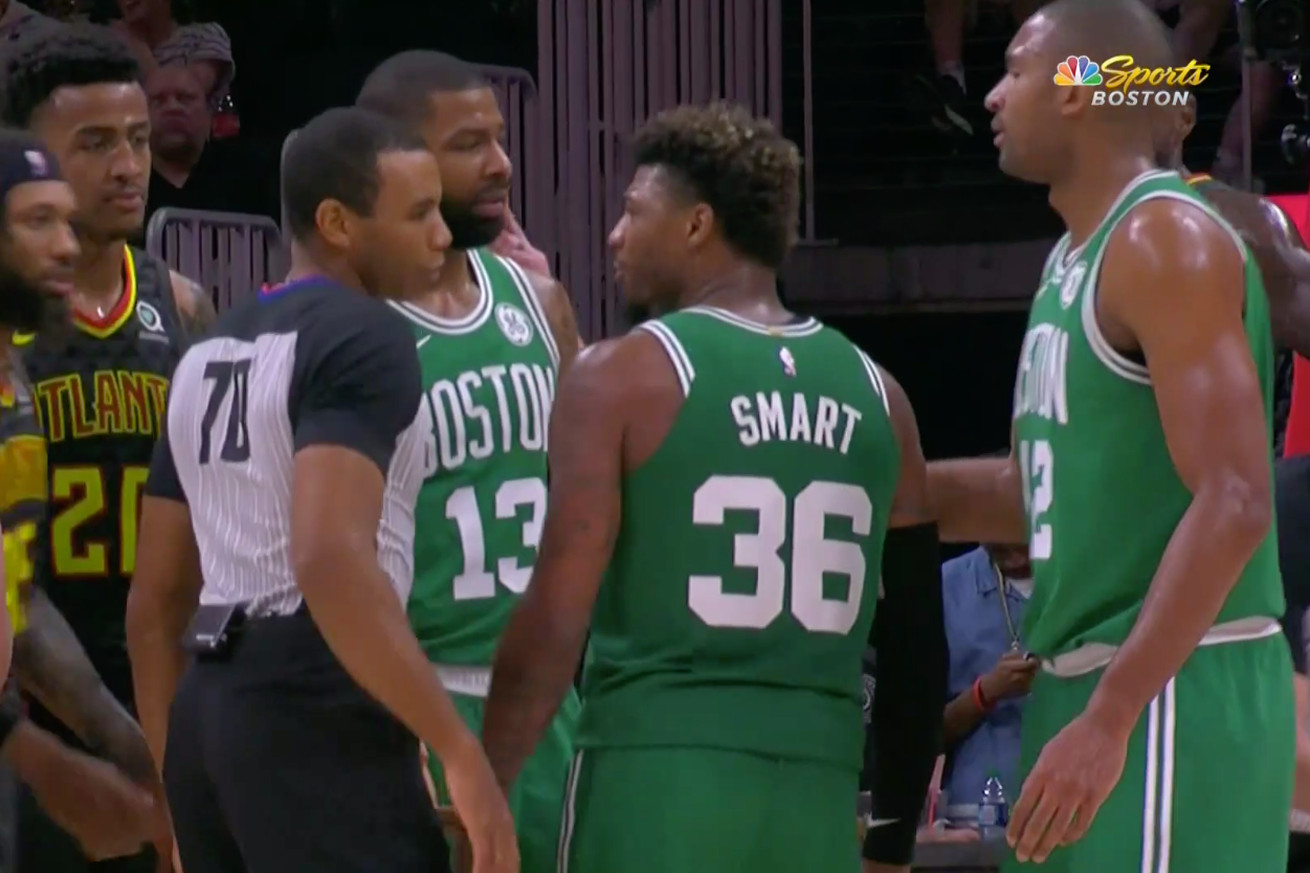 Smart had to be restrained by multiple people after exchanging words with DeAndre Bembry.

Marcus Smart was ejected after he feuded with DeAndre Bembry during a jump ball in the third quarter of Saturday night’s game between the Hawks and Celtics. The fight started with words and escalated to a point where Smart went into Bulldozer Mode and tried to barrel through coaches, teammates and refs to get to Bembry.

It even caused someone in a suit to fall to the floor.

Marcus Smart and DeAndre’ Bembry get chippy in the game. Smart gets ejected (@AAANe_MAnews) #AAANortheast pic.twitter.com/lqUSReOldI

It was Smart’s second technical of the night and he was going to be ejected anyway, so he really went for it. Getting in on-court scraps is nothing new for Smart, but this one is memorable.

It took a dang fleet to stop him.