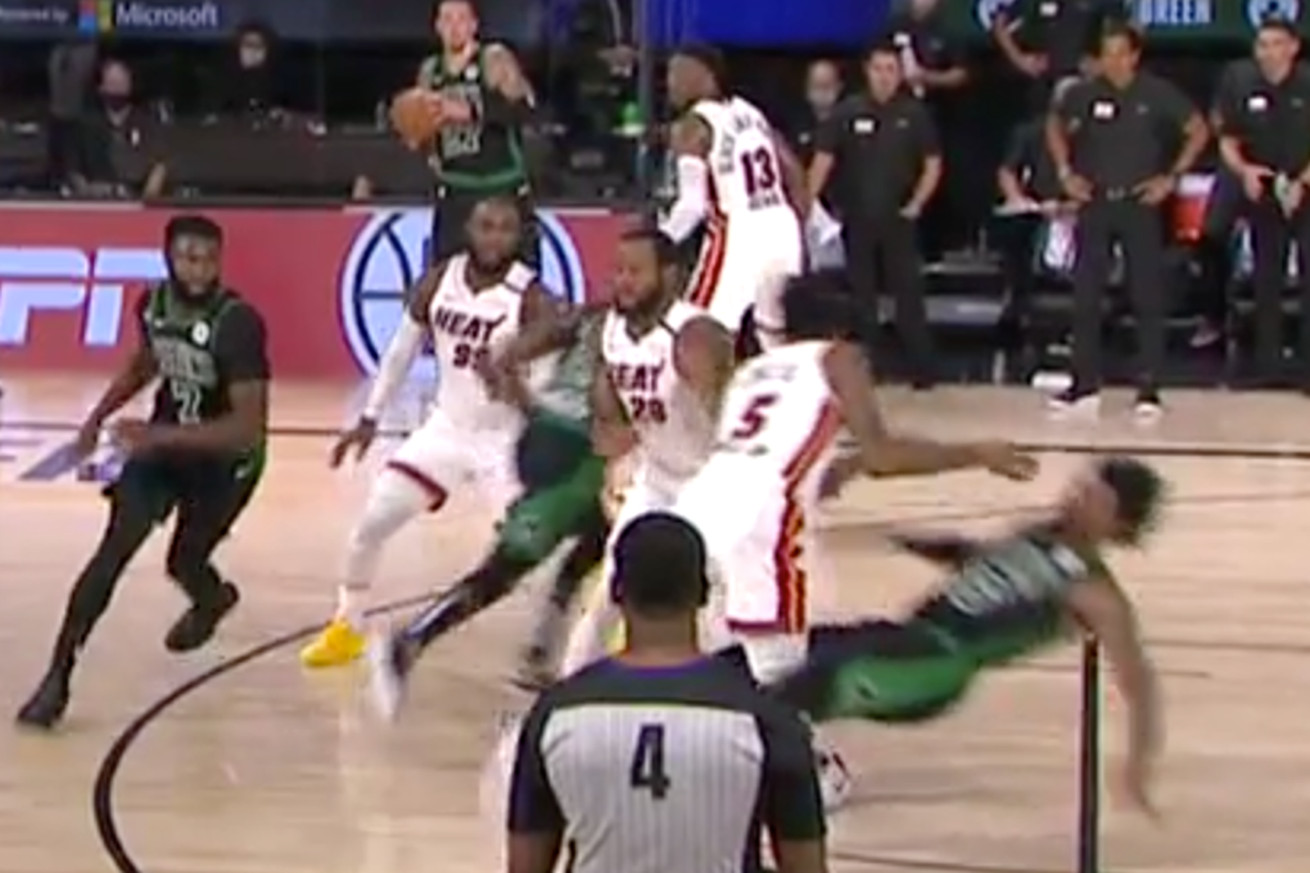 Smart helped the Celtics send the game to overtime by drawing a foul in the final seconds of regulation.

The Miami Heat led the Boston Celtics by one point after Jimmy Butler canned a corner three-pointer in the final seconds of regulation in Game 1 of the Eastern Conference Finals. As the Celtics inbounded the ball on the sideline following a timeout, Marcus Smart drew a defensive foul on Miami’s Derrick Jones Jr. before the pass was thrown.

The Celtics were awarded one free throw, which they made to tie the game. Boston’s Jayson Tatum would miss a three-pointer at the buzzer and the game headed to overtime. Smart drawing a foul in that situation kept the Celtics alive.

Here’s a look at the play:

Did Smart flop? Let’s say he definitely ‘sold’ the play. Add in Smart’s long and storied reputation for flopping, and it sure feels fair to say.

Watch the play again, and maybe Smart shouldn’t get all the credit. It sure looks like Kemba Walker gave Jones Jr. a slight shove, causing him to fall into Smart on the play. Did the Celtics intentionally draw this up? Probably not, but it helped them tie the game before they ever inbounded the ball.

Fans were wondering why Boston was awarded one free throw after the call. That’s the rule. Here’s what the rulebook says.

Away from-the-play fouls, which are defined in Rule 4, Section III(h) on page 18, shall be administered as follows:

Smart — a tenacious competitor and a high-IQ player — absolutely knew the rule going into that situation.

The Heat would go on to win Game 1 anyway on Bam Adebayo’s game-saving block of Jayson Tatum’s dunk attempt. It was an awesome first game to what feels like it’s going to be an amazing series.

It’s characters like Smart that will push this series to the next level. Smart has long been an ace defender for the Celtics, and now he’s turning into a competent high-volume gunner from three-point range. Smart’s defining quality remains his desire to do anything to win. This is certainly another example of it.