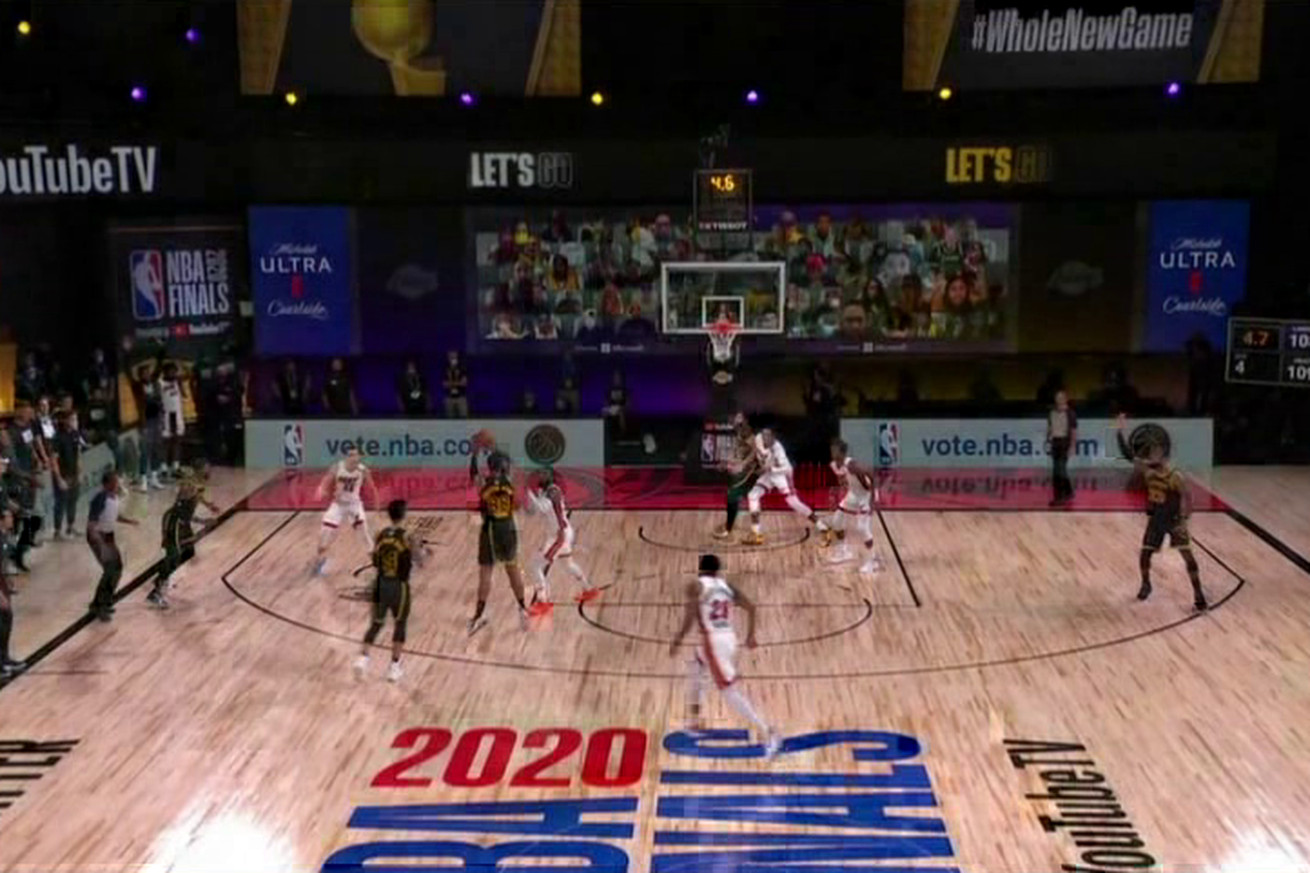 The Lakers made multiple blunders on their final possession of Game 5.

The closing seconds of Game 5 of the 2020 NBA Finals are going to be debated relentlessly until Game 6 begins. If the Miami Heat can somehow climb their way out of a 3-1 deficit and win an NBA championship, LeBron James and the Los Angeles Lakers are going to be thinking about their final possession on Friday night for a lot longer than that.

Jimmy Butler put the Heat up one on the Lakers by knocking down a pair of free throws with 16.8 seconds left. The Lakers called timeout, advanced the ball to half court, and drew up a pick-and-pop with LeBron James as the ball handler to try to win the game. As Danny Green set a screen for James, his defender — Duncan Robinson — decided to double James on his drive to the hoop. James passed to Green as he stood all alone at the top of the arc with an open three-pointer to put the Lakers ahead.

Green missed. It’s what happened next that might go down as an even bigger blunder for the Lakers in defeat.

Markieff Morris grabbed the offensive rebound off Green’s miss. He tried to throw an entry pass to Anthony Davis, but it was badly off the mark and sailed out of bounds. The Heat went on to win Game 5, 111-108, to stay alive in the best-of-seven series.

Morris had a number of different options after he rebounded the ball. This screen shot from the reverse angle shows exactly what he was looking at.

Looking for Davis wasn’t necessarily the wrong move. AD had Miami’s Bam Adebayo on his back, and with a good pass he potentially could have won the game at the buzzer. But Morris’ pass wasn’t good. It went out of bounds for what was essentially a game-ending turnover.

Morris had other options. LeBron James was open on the right wing could have had a long two-point jumper to win the game with Butler closing on him. Watching the play live, my initial reaction was that Morris should have passed to Green behind him for another crack at a game-winning three. Maybe Morris never saw him. Lakers fans probably wouldn’t have been comfortable with Green taking another big shot anyway after he just bricked a wide open one.

Obviously, this is a chaotic situation at the end of the game that many players would struggle with. Perhaps the bigger issue for Morris is that he was already having a rough night even before the late game turnover.

Here’s Morris’ stat-line on the night: zero points in 23 minutes, with one rebound, zero assists, zero steals, and zero blocks on 0-of-2 shooting from the field. Not great.

James had a brilliant individual performance, finishing with 40 points, 13 rebounds, seven assists on 15-of-21 shooting. Watching his teammate make such a critical error after an offensive rebound in the clutch must have reminded him of Game 1 in the 2018 NBA Finals. Who could forget this J.R. Smith moment?

The Lakers still have two more chances to win the title with a 3-2 series lead. Credit Miami for overcoming a remarkable performance by James. Butler was matching LeBron shot-for-shot throughout the night, and Miami’s role players led by Duncan Robinson (26 points) also came to play.

The Lakers were so close to winning the championship on Friday night. We can’t wait to see what happens net.