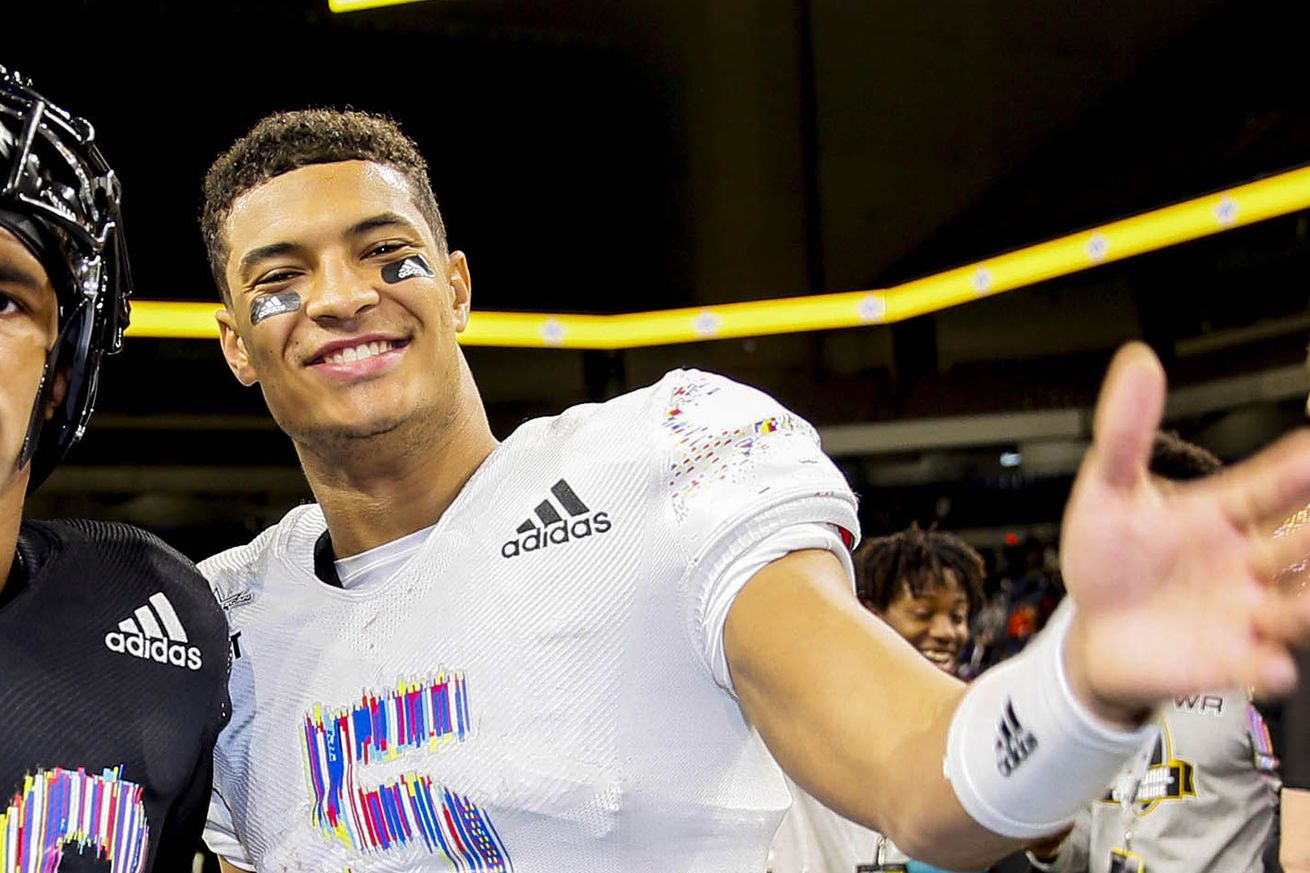 Just in case you were worried about the Red River Shootout ever becoming less shootout-y.

That’s the whole list of five-star WRs. Thanks for joining us today!

Texas A&M, Clemson, Auburn, Tennessee, and others put together great lists of skill signees, but it’s pretty easy to argue the Red River rivals are coming away from Signing Day with by far the two best groups of pass catchers. Texas and OU both added four-star running backs as well.

Both the Sooner and Longhorn freshmen join teams that lose their top receivers to NFL Draft early entry (Marquise Brown from OU and Lil’Jordan Humphrey from UT) but otherwise return a bunch, meaning some pretty damn loaded receiving corps in the near future.

For 2019 at least, both teams also might be just as suited to having the quarterback run the ball as anything else. Both Texas’ Sam Ehlinger and new Oklahoma quarterback Jalen Hurts recently ran for what would prove to be game-winning scores against Georgia, in fact. There are better stats to use in order to show both QBs are comfortable leading with their feet, but whew. Sorry, Georgia.

Expect OU’s Hurts offense to be based around option runs and quick throws, with Ehlinger continuing to evolve as a passer while also doing the Tebow thing at times. Whenever these teams decide to air it out within the next few years, though … have fun stopping all this.