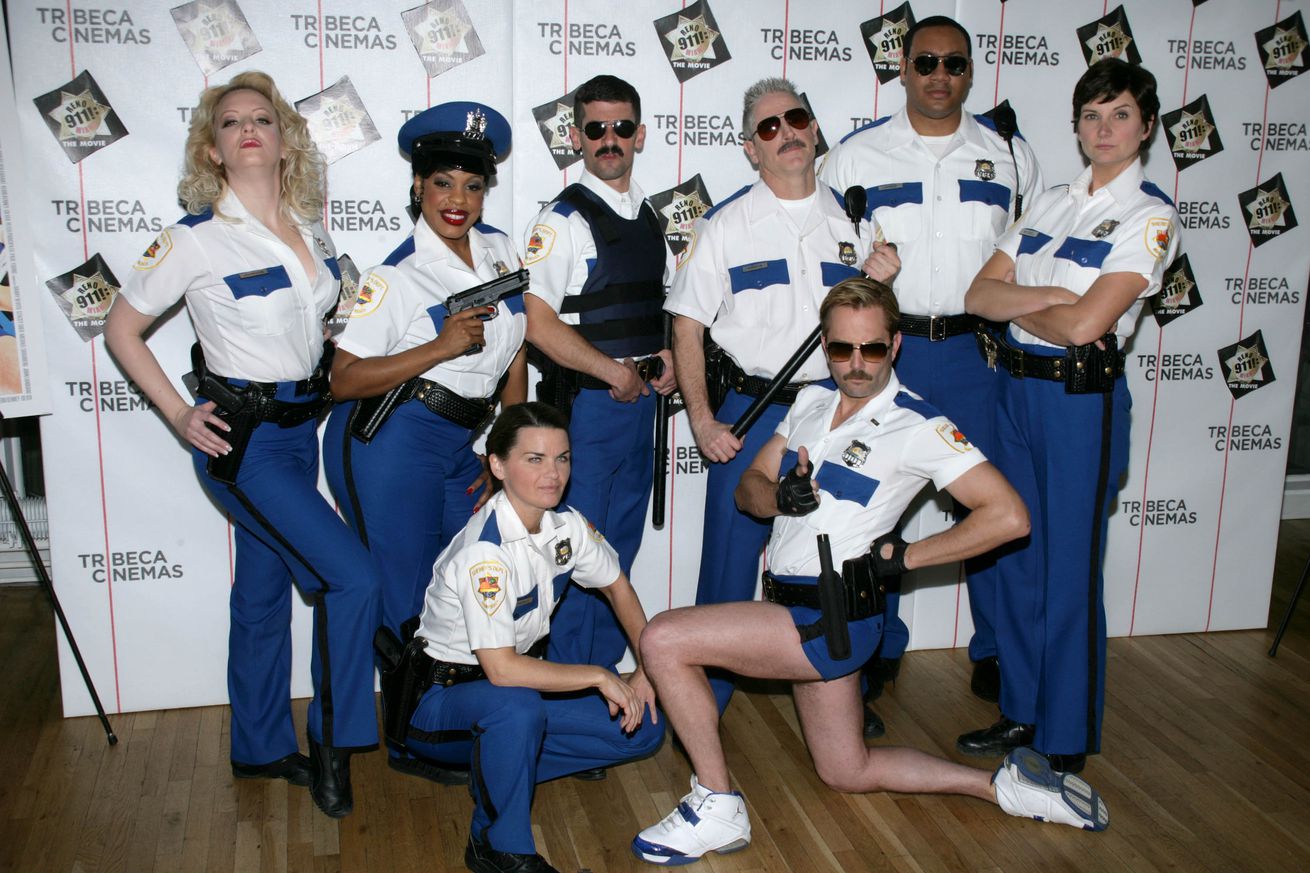 Reno 911 and Hyperbole and a Half are back!

Look, we’ve all got Quibi jokes, they messed up in a lot of ways:

But it would be a shame to throw the baby out with the stupid, stupid bathwater. Because the new season of Reno 911! does not miss a beat. It is the best reboot of a show I’ve seen. The whole gang’s back! We’ve got all our old pals from Dangle, Junior, and Jones to the later season characters like Kimball and Declan. Yes, the actors are older, but it’s not like Arrested Development, where that’s jarring and distracting.

The show is so good. The voice and humor are the same as they were in 2003. The reboot picks up on the original’s storylines and provides nostalgic detail, like Trudy’s executed serial killer husband and Dangle never being able to leave his bike unattended. And there’s new stuff too! They manage to incorporate our modern day ACAB reality and keep their signature aggressive-incompetance humor throughout.

I haven’t watched all of the episodes because I’m savoring it. That’s how good it is. During a pandemic, I’m not binging it.

Book: Solutions and Other Problems by Allie Brosh

Allie Brosh’s 2009 web comic/blog Hyperbole and a Half spun off into a book, and has now spun off into Brosh’s second book Solutions and Other Problems.

Brosh is an amazing artist and I think her work should be in museums. Okay, yes, there is a sort of stick-figure-esque quality to some of it— but that’s where the beauty lies! She’s so good at conveying emotion with expression and posture, or the way an arm is scribbled, she doesn’t need her subjects to be more than colorful stick figures. She can draw human emotion onto a circle or a roundish rectangle or whatever she wants. She can make non lifelike drawings come to life.

This book does get into some heavy subjects. I haven’t gotten to that part yet, but I trust Brosh to take me there. She’s so funny and empathetic and seems to understand the way my specific brain works— I can handle heavy subjects if I am protected and occasionally distracted.