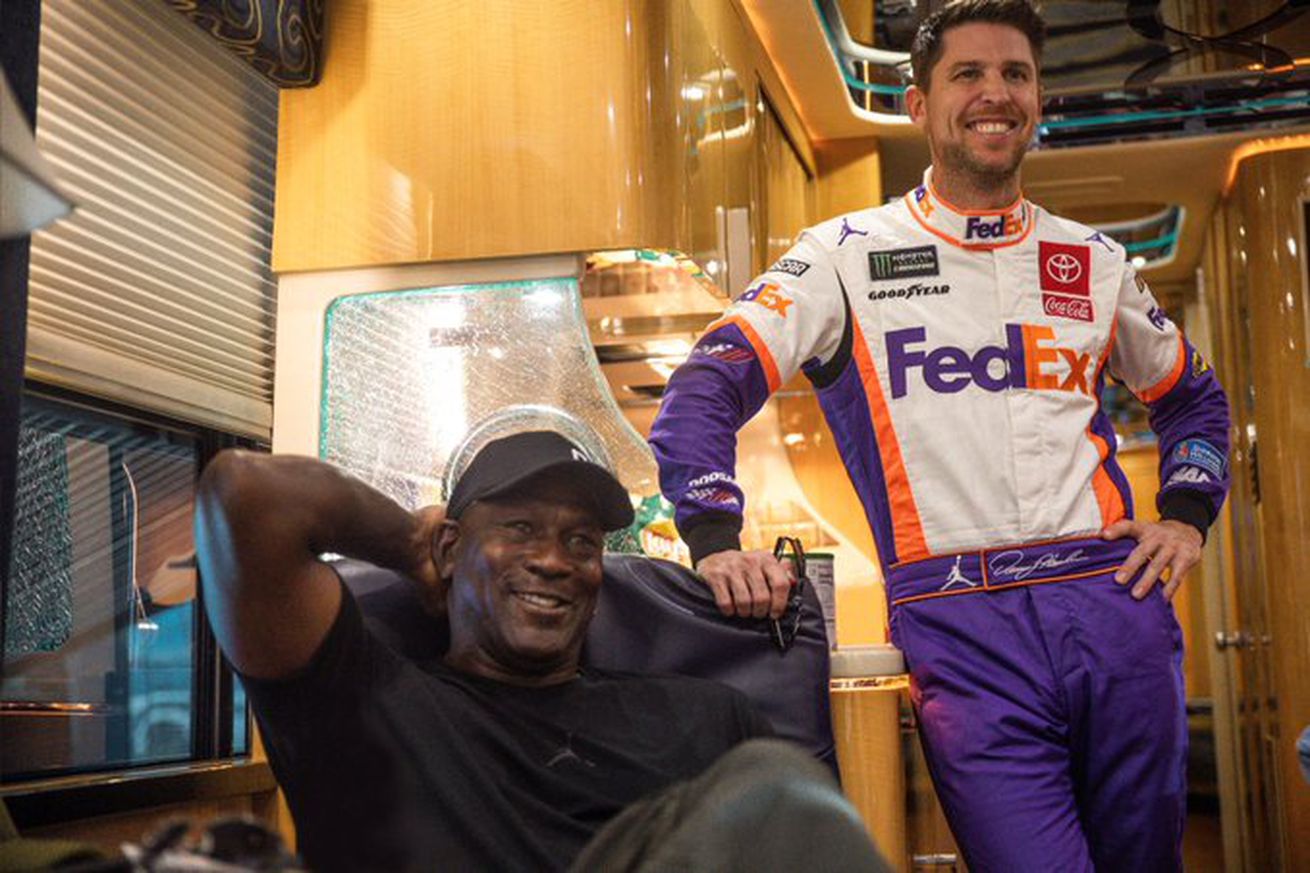 Michael Jordan has entered the world of NASCAR. On Monday, Jordan and Denny Hamlin announced the pair would be forming their own single-car team, and not only that, but also that their driver would be Bubba Wallace.

In his announcement Jordan said “the timing seemed perfect,” adding that NASCAR evolving socially and welcoming new audiences made it an easy decision. Teaming up with Hamlin gives the team clout, and adding Wallace is the perfect move for the new team. He gives them much-needed star power, as well as a promising young driver to build around. Wallace is also the hottest commodity in NASCAR marketing, recently signing deals with Beats Electronics, and now being connected to the Jordan Brand will only heighten his image.

Of course, much of this comes following a difficult time. As a Black driver, Wallace was a lightning rod during NASCAR’s decision to ban the confederate flag. In the aftermath Wallace was potentially targeted by racism, with the pull rope in his garage at Talladega (and his garage alone) tied into a noose. Many, including the president of the United States, lied about the incident and said that Wallace was perpetuating a “hoax,” which was proven to be untrue following a NASCAR investigation that noted the noose-shaped rope in Wallace’s garage was not consistent with the rest of the field. While the perpetrator was not found, NASCAR has remained resolute in its reaction to the incident and the findings of its investigation.

Michael Jordan becomes the first Black principal owner of a top-flight NASCAR team since 1961, when Wendell Scott raced his own car until 1973. There have been other Black owners in the sport, including fellow former NBA player Brad Daugherty, but nothing quite on the level of Jordan, especially considering his ties to Nike and merchandising.

Tonight, I’m excited to announce MJ and I are starting a new, single car @NASCAR Cup Series team for 2021. Deciding on a driver was easy – it had to be @BubbaWallace. pic.twitter.com/nIJv0X6ZOX

NASCAR issued the following statement regarding Jordan and Hamlin’s announcement:

“We proudly welcome Michael Jordan into the NASCAR family, and look forward to watching Michael, Denny Hamlin and Bubba Wallace compete in 2021. Michael is an iconic sports figure and celebrated champion whose fiercely competitive nature has placed him among the greatest athletes of all time. His presence at NASCAR’s top level will further strengthen the competition, excitement and momentum growing around our sport. We wish Michael and his team tremendous success.”