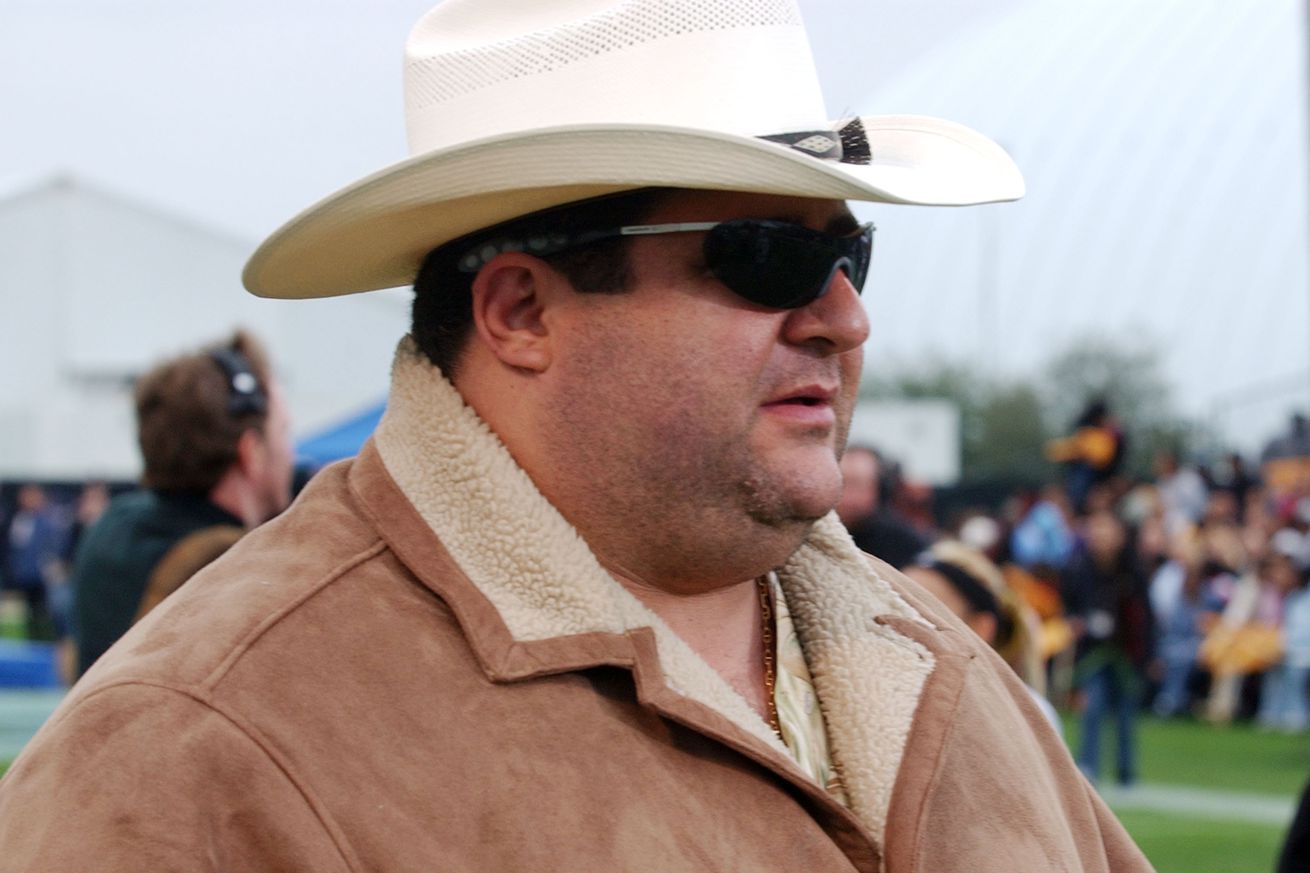 I’ve only seen a Super Bowl ring in person once in my lifetime. It was jammed onto a big salami of a finger belonging to Tony “Goose” Siragusa. He received his ring as a defensive tackle for the Baltimore Ravens in 2000, the year that that defensive unit allowed the fewest total points in NFL history (for a 16-game season) and beat the Giants for the Lombardi trophy.

Goose showed me his ring within 20 seconds of meeting him. It was on my first day as an intern for a TV show he was hosting called Man Caves. Man Caves was a very of-its-time (read: bad) reality show where Goose and a construction crew would go to a man’s house, talk to his family about how he was really into X thing, and then build this guy an X-themed basement/garage/spare room. I have no idea what about this concept needed it to be gender-specific. The show lacked budget and creativity in equal measure; often these spaces were just turned into a bar room with a pool table, a motorized TV shelf of some sort, and one or two X-themed items, like a dining nook inside the backseat of an old Studebaker, or a surfboard coffee table. Can you guess what this particular man was into?

“It looks like ice,” says host Jason Cameron about the high-gloss epoxy floor in the clip I grabbed this screenshot from. “And it feels like ice when you’re on it!” Neat! There’s nothing manlier than inviting your closest friends and family over to your new Man Cave only to kill them all in slip-and-fall accidents. “They ruined my house,” said the homeowner (I imagine).

“Here’s a guy who likes to eat!” was the first thing Tony said to me when I arrived on set that day in the summer of 2008. I’m six-and-a-half feet tall, but only a touch wide, so I assume Goose maybe thought that eating can also make you taller.

The second thing he said was, “You ever seen a Super Bowl ring?” and he thrust it in my face before I could answer. I have to admit, it was impressive. And HUGE. It was like he had a swollen knuckle covered in diamonds. It was the size of a golf ball, and I refuse to believe it was anything but wildly uncomfortable to wear. I wondered why he was wearing it at all before I recalled that he’d be on camera that day. But I also had the distinct feeling that that ring came out a lot, cameras or no.

As a big thing himself, Tony got really excited by big things. Big tools, big sandwiches. Maybe that’s why he was so excited when I walked in. One day on set a firetruck rolled up outside the house we were working on, responding to a false alarm. Tony derailed filming for two hours so he could hang with these guys in the firetruck. A big shiny thing with lights, filled with other big Italians from Jersey, and he was their mayor.

My personal experiences with Tony after that were benign. The show was filmed and aired after he nearly ended Rich Gannon’s career with a dirty hit in the AFC Championship Game in 2001, and before he became your uncle who posts Instagram memes of Hillary with her eyes crossed. I got on Goose’s good side when he asked me one day between takes, “What exactly do you do here?” and I replied, “Whatever I’m told.” He got a kick out of an unpaid intern being fully resigned to his station, I guess.

Goose once served the crew lunch; he had his own line of frozen barbecue meat that he sold in local grocery stores called Goose Ribs, and one day a giant trailer with a picture of his face next to a man-sized pile of pulled pork arrived to feed us what was actually halfway decent barbecue. I assumed it was not Goose Ribs.

Anyway, besides that, working on that show was fucking terrible. People were constantly mean and tired, working 18-hour days all in service of making chaff for a cable network to rerun late at night against ads for MyPillow and commemorative gold coins. At one point I was tasked with driving the production van. A producer (rightly!) took issue with having an uninsured intern operating a vehicle on set. When I tried to explain that I was merely doing what I was instructed to do, he shot back with the old chestnut: “You know who else did what they were told? The Nazis.” This was on day two. I remained unpaid.

On one episode I worked on, we built comedian Artie Lange a Borgata-themed poker lounge in the top floor of his 4-story waterfront mansion in Tom’s River, New Jersey—apparently he was friends with the producer of the show. He had just moved into the house, and it was totally unfurnished. Writing this, I’m realizing that after we left that night, Artie either slept on the couch of a gambling den that had just been built for him during a reality show taping hours earlier, or on the bare floor of one of the many empty bedrooms below it.

I interned for free for two months — didn’t even get gas money. I got to see Tony Siragusa’s Super Bowl ring in the first 20 seconds, and it was all downhill from there.