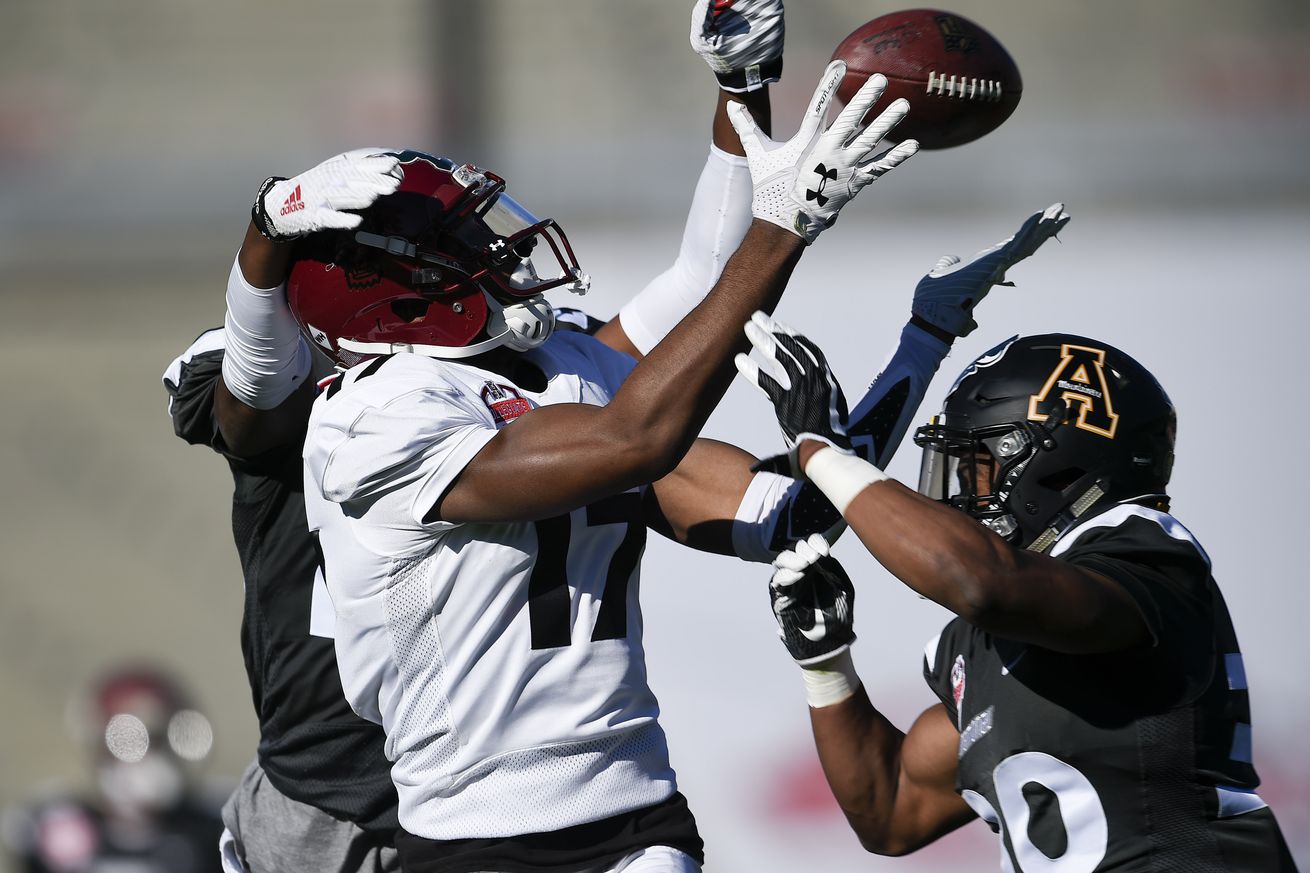 See your favorite team’s fifth round pick in action!

The 2019 NFLPA Collegiate Bowl has got something for everyone. Brazilian kickers. University of Rhode Island quarterbacks. Chuck Pagano.

But, most importantly, the NFLPA Bowl is an opportunity for emerging collegiate talent to show off their skills after a full week of practice with other budding stars. And it’ll keep us all from having to endure our first Saturday without any football since August for at least one more week.

The NFLPA Bowl isn’t ripe with elite talent, but it’ll give executives across the league to beef up their spreadsheets as they target the latter round draft picks that could push their franchises to new heights. Past attendees include Broncos center Matt Paradis, Jets linebacker Avery Williamson, Colts defensive end Denico Autry, Chargers linebacker Jatavis Brown, Rams linebacker Samson Ebukam, and Bears All-Pro Tarik Cohen.

So yeah, there isn’t a lot of star power in Pasadena Saturday, but there’s still a handful of NFL players slotted into rosters filled with college stars. You can check out the full rosters below.