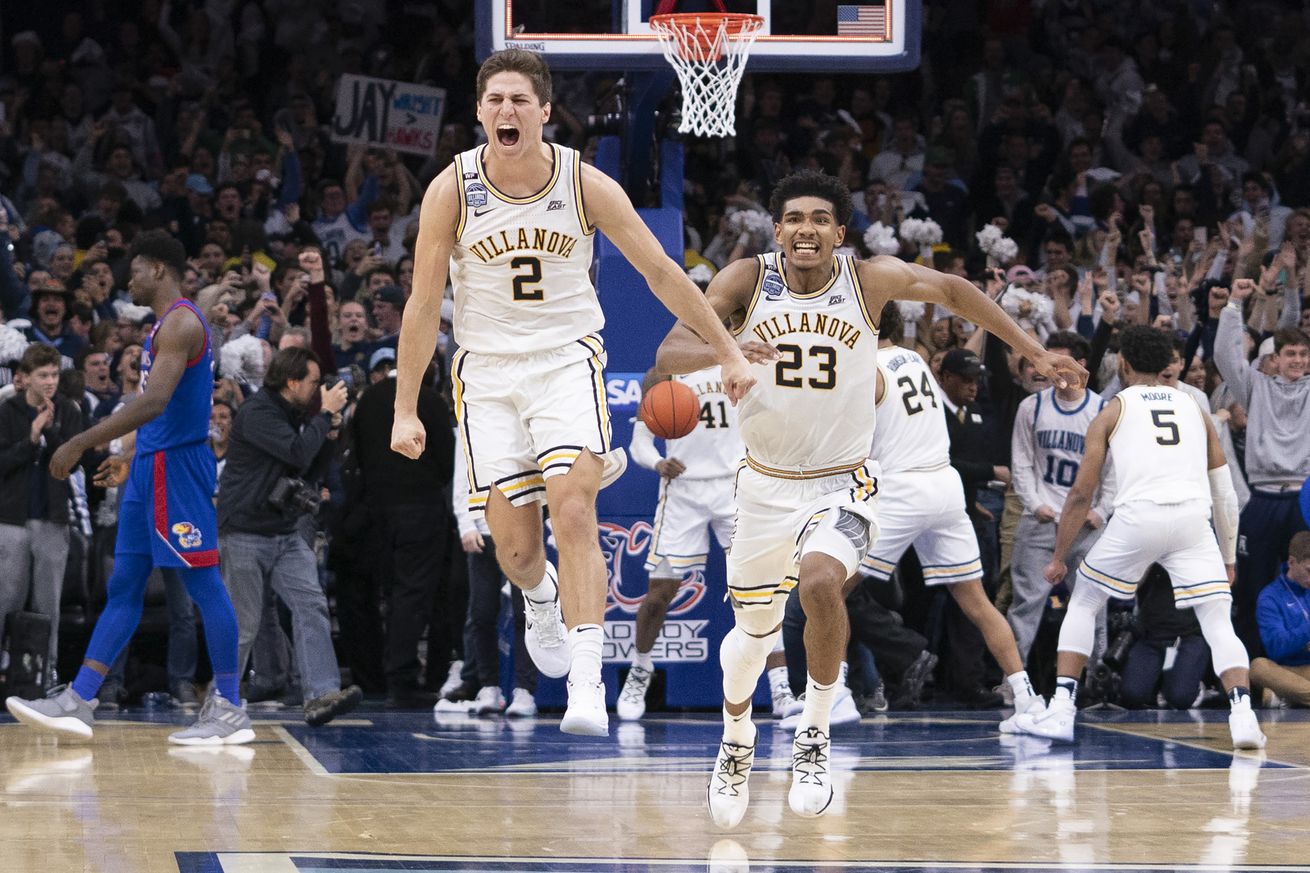 For the first time in college hoops history, five different No. 1 teams have lost before Jan. 1.

For what feels like the 700th time in seven weeks, college basketball’s top-ranked team has tasted defeat. It was Kansas’ turn on Saturday, as the Jayhawks headed to the Northeast for a road tilt against No. 18 Villanova, and walked out of the Wells Fargo Center with 56-55 loss.

With the setback, Kansas becomes the fifth (not 700th) different No. 1 team to lose this season, and the third member of that group to lose in their first week of being the nation’s top-ranked team. The five different No. 1 teams before Jan. 1 is already the most in the history of the Associated Press top 25 poll, and the combined five losses by teams ranked No. 1 before Christmas is also a college basketball first.

Villanova made just 10 of the 41 three-point shots it attempted on Saturday, but the Wildcats always seemed to find the bottom of the net when the stakes were the highest. Their final make came off the hands of junior forward Jermaine Samuels, who drilled what would prove to be the game-winning shot with a little over 20 seconds to play.

Samuels finished with a team-high 15 points and three of Villanova’s 10 makes from beyond the arc.

After a missed free-throw from Kansas point guard Devon Dotson and a Villanova turnover, the Jayhawks had one final shot to preserve their No. 1 ranking for another week. The ball once again found its way into the hands of Dotson, who once again couldn’t find anything but glass and iron.

Kansas came THIS CLOSE to hitting the winner against Villanova pic.twitter.com/dpt8ekjw9X

Villanova somehow found a way to win despite being out-rebounded by five, shooting nearly 10 percent worse than Kansas from the field (43.6 percent to 34.9 percent), and attempting just two free-throws to the Jayhawks’ 10.

This was a much-needed non-conference resume win for Villanova, which is 9-2, but had lost handily in its only other two games against top 25 opponents — a 76-51 loss to Ohio State and an 87-78 setback against Baylor.

A Historically Awful Start for No. 1 Teams

As previously mentioned, this is the first time in college basketball history that five different No. 1 teams have lost before January. Three of those defeats happened against unranked opponents, and three of them also happened in the team’s first week of being ranked No. 1.

Michigan State lost to No. 2 Kentucky on opening night (Nov. 5), 69-62 in the Champions Classic

So out of these five losses, two came in home games, two came on neutral courts, and just one came in a true road environment. Duke and Louisville were the only members of the group to lose in their second week of being the sport’s top dog.

No. 1 teams are just 7-5 overall through the season’s first seven weeks.

If the current AP top 25 is any indication, No. 2 Gonzaga will be the latest team to claim college basketball’s hot potato throne in 2019-20. The Bulldogs, who scored a big road win over Arizona last Saturday and then blasted North Carolina earlier this week, received 15 first-place votes a week ago, more than any team besides Kansas. The only thing standing between Mark Few’s team and the top spot is a home game against Eastern Washington on Saturday.

If it is, in fact, Gonzaga who becomes college basketball’s new No. 1 team, expect them to hold onto that ranking a little longer than their predecessors. The Zags don’t play a single game next week, so there’s zero chance of them not remaining on top when the calendar flips to January. They also don’t figure to be challenged in West Coast Conference play until BYU visits Spokane on Jan. 18.

For those wondering, the record number of different teams to be ranked No. 1 in a single college basketball season is seven. Assuming it is Gonzaga who is No. 1 in 48 hours, the 2019-20 season will have given us six before Jan. 1.