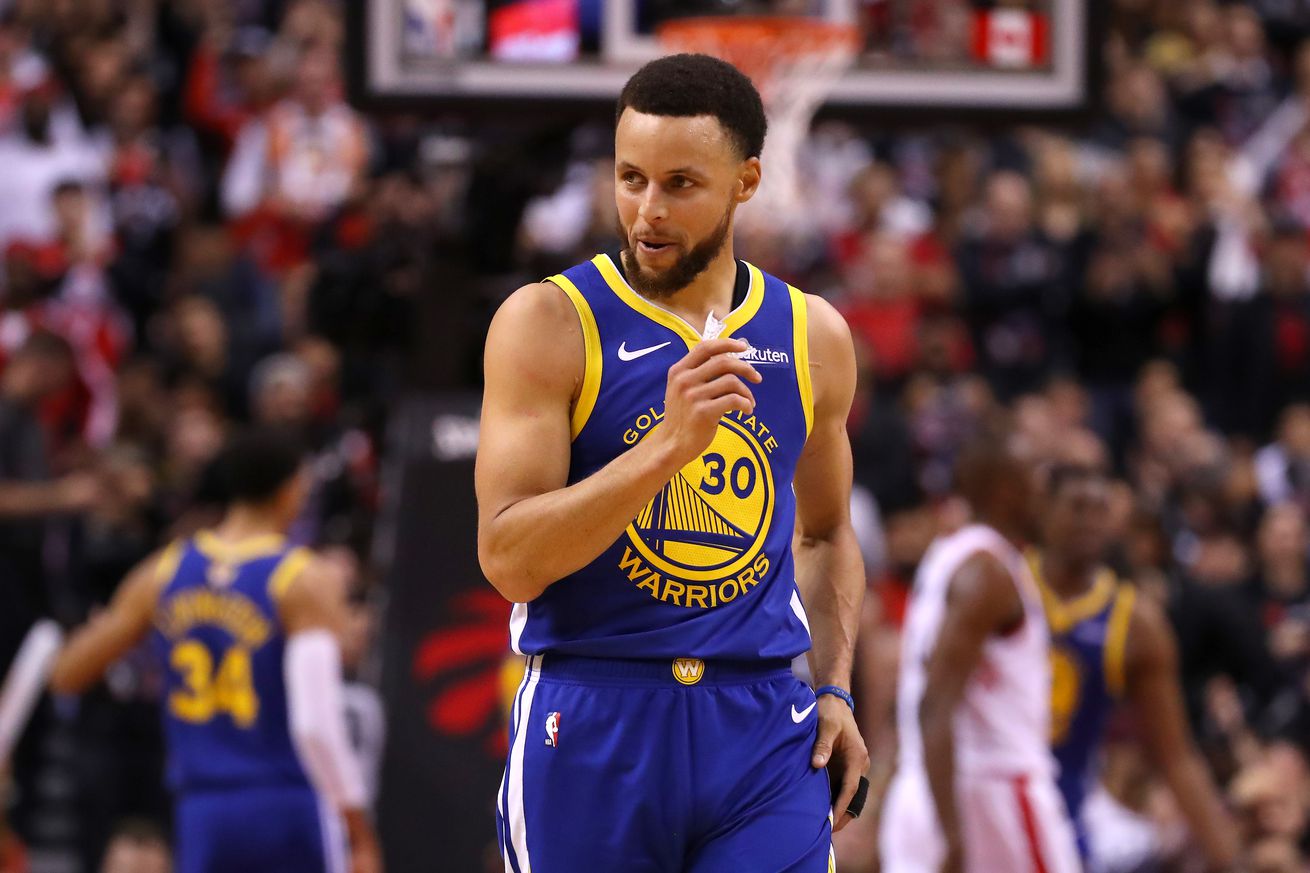 Of course he’d help, but the Warriors don’t need their superstar to return to clean up their Game 1 mistakes.

The Golden State Warriors’ 2019 NBA Playoffs run has been defined by the players the team has been without en route to a fifth straight Finals appearance. After losing DeMarcus Cousins in the second game of the postseason, the Warriors survived a minor hiccup and rolled past the Clippers. After losing Kevin Durant in Game 4 of the second round against the Rockets, they won their next two games, then swept the Trail Blazers without Andre Iguodala in Game 4.

Now, after weathering a depleted lineup for so long, the team finds itself down in a series, 1-0 to the Raptors in the Finals.

A nine-point loss to Toronto on the road didn’t give the Warriors much to feel good about, but it also didn’t prove that they need Kevin Durant back. Of course, adding a 6’11, versatile body to cover one of Kawhi Leonard or Pascal Siakam would make life easier for Golden State, as would having another primary scorer. But this Warriors team isn’t helpless without him.

Kawhi Leonard, who has been the playoffs’ best player, to just 23 points on 5-of-14 shooting and five assists. They successfully fulfilled their gameplan and made the Raptors “other guys” fill in big roles on the biggest stage of the year.

The Warriors underestimated what those guys could bring, however. Pascal Siakam and his offbeat Euro-steps took over the game with 32 points on 14-of-17 shooting, Marc Gasol hit two wide-open threes on his way to 20 points, and the Raptors, without a heroic effort from Leonard, stayed afloat.

The question, now, is how replicable that output will be for Toronto. In Game 2, the Warriors will shift their priorities. And the Warriors have one of the world’s best-ever defenders in Draymond Green. To think Siakam will miss just three shots for as many points again is unwise.

A key to slowing down Siakam for the Warriors will be limiting turnovers caused by forcing plays. Sloppy passing and ball-handling led to six Toronto steals, which allowed players like Siakam to thrive on the break. The Raptors scored 17 points off 17 turnovers.

Siakam’s been beatin his man down the court all game long. pic.twitter.com/zpuSc1rj9P

“Our transition D was horrible,” Green said after Game 1. “I let [Siakam] get in a rhythm in the first half. I gotta do a better job at taking his rhythm away and I will.” That switch in itself could make the difference.

An unsung note from Game 1 was how fluidly Golden State ended Game 1 on the offensive end against a top shelf defensive team. Golden State shot 44 percent for the game, five percentage points worse than their regular season average, but matched their three-point shooting at 39 percent. Steph Curry scored 34 points on 18 shots, Klay Thompson scored 21 on 17, and Green, Quinn Cook, Jonas Jerebko, Alfonzo McKinnie, and Kevon Looney each chipped in a handful of points on fine shooting as well. They scored efficiently enough to win without Durant.

Game 2 could wipe away Game 1’s struggles from memory with a few adjustments other than the return of Durant, who isn’t expected back until midway through the series. First up, the Warriors need to stop Siakam while holding ground against Leonard. The Warriors shouldn’t feel great after Game 1, but it’s early in the series, and they still have reasons for optimism.

As the roster currently stands, there are enough pieces to three-peat. Doing so will just be a bit tougher this year.

One thought on “No, the Warriors’ Game 1 NBA Finals loss doesn’t prove they NEED Kevin Durant”