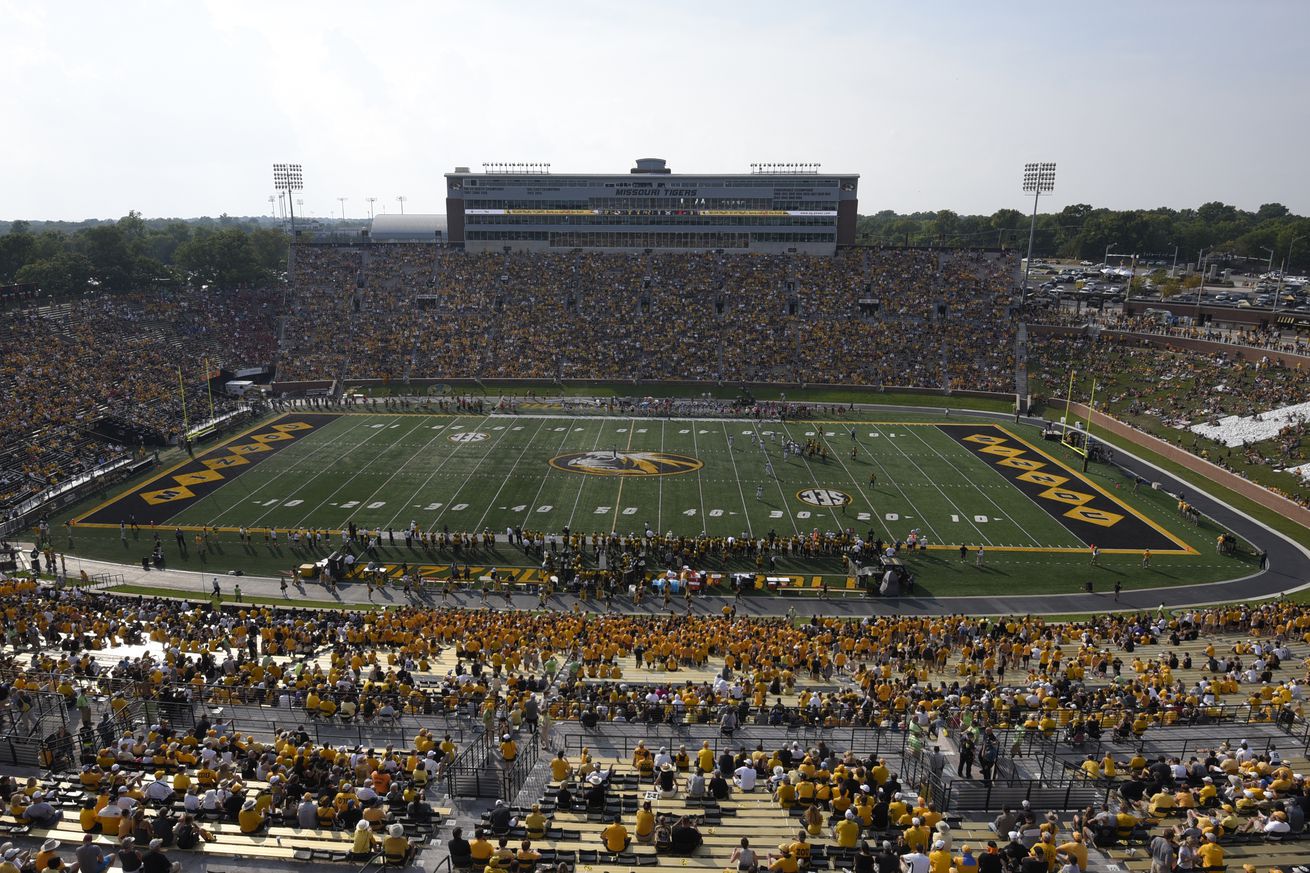 What was Missouri supposed to do?

On Nov. 2, 2016, a tutor self-reported academic fraud to the school. She said she did homework, exams, and (in one case) an entire online course for 12 athletes, some of them football players.

Within a week, she was no longer a part of the program, and the Tigers had informed the NCAA’s enforcement staff what was going on. The NCAA’s report acknowledges that she was a rogue actor and that academic fraud is not an institutional issue at Missouri.

In the NCAA Committee on Infractions’ decision, a list of mitigating factors included commending the program’s “prompt acknowledgement of the violation, acceptance of responsibility and imposition of meaningful corrective measures and/or penalties.”

Mizzou took “affirmative steps to expedite final resolution of the matter” and showed an “established history” of self-reporting violations, per the NCAA. Finally, the NCAA said Missouri displayed “exemplary cooperation.”

A 2019-20 postseason ban for the football program.

A vacation of records in which football, baseball and softball student-athletes competed while ineligible. The university must provide a written report containing the matches impacted to the NCAA media coordination and statistics staff within 45 days of the public decision release.

A 5 percent reduction in the amount of scholarships in each of the football, baseball and softball programs during the 2019-20 academic year.

Recruiting restrictions for each of the football, baseball and softball programs during the 2019-20 academic year, including:

A seven-week ban on unofficial visits.

A 12.5 percent reduction in official visits.

A seven-week ban on recruiting communications.

A seven-week ban on all off-campus recruiting contacts and evaluations.

A 12.5 percent reduction in recruiting-person or evaluation days.

A fine of $5,000 plus 1 percent of each of the football, baseball and softball budgets.

Academic impropriety is the one thing you should be able to trust the NCAA to handle.

God knows it’s awful at investigating crime and most of the stuff that should be outside of their purview, yet is somehow in their rulebook. The NCAA should at least be able to handle academics.

But the issue in this case, unlike some recent ones, is not a matter of investigation. It is yet another example of the NCAA’s inability to nail adjudication.

Let’s take this from the report:

The conduct at issue in this case is also distinguishable from the COI’s decision in University of North Carolina at Chapel Hill (2017). Among other differences, UNC stood by the courses and the grades it awarded student-athletes. In support of that position, UNC asserted that although courses were created and graded by an office secretary, student-athletes completed their own work. Here, by contrast, Missouri acknowledged that the tutor completed student-athletes’ work and, in most instances, this conduct violated its honor code.

A reminder that UNC created bullshit classes, lawyered up, and stood by the fact that — while the classes were bullshit — the students completed their sham work as non-athletes also benefited.

The NCAA threw its hands up and said this wasn’t its purview, so UNC got off mostly scot free. Missouri apparently cooperated at every turn. One would assume this would have meant some leniency. Look where it go ‘em.

But why did Mizzou bend over backward?

Per the report, the tutor got a raise from the school and — after receiving extra players to tutor — felt pressure to do the courses for them so they passed. She claimed that the raise thus felt to her like a reward for completing students’ work.

The tutor provided the enforcement staff with text messages that contradicted the student-athletes’ versions of her assistance. For example, one student-athlete texted her “Hi! I was wondering if you had finished the other homework assignments?!” The tutor also produced text messages with the other student-athlete in which she informed him that she had not finished working through his homework and had completed his unproctored exam. Given the corroboration, Missouri and the enforcement staff agreed with the tutor’s version of events.

It’s likely that the school understood it was in for a punishment as it understood the scope of the evidence. Unlike the UNC case, the students that benefited from the tutor’s help were only athletes. You’re now totally inside the NCAA’s crosshairs, without the Heels’ wiggle room.

It would have been worse for Missouri if it had tried to claim it didn’t happen or cover it up. Missouri felt it had little choice but to comply, hoping that would lessen the blow.

That was a reasonable assumption by Mizzou, based on the NCAA’s words and (sometimes) actions. The NCAA has long preached the value of cooperation, once telling Miami players that if they didn’t comply, the COI would assume guilt. In 2018, it added new rules insisting on cooperation with investigations — months before bowl-banning a school that promptly told the truth about a rogue actor.

Whether that applies here or not, what does this ruling say to future schools who have to decide how cooperative to be?

As usual, nobody knows what the hell the infractions committee will do.

It is hard to fathom that the University could be cited for exemplary cooperation throughout this case, and yet end up with these unprecedented penalties that could unfairly and adversely impact innocent current and future Mizzou student-athletes.

Current Missouri coaches and athletes get popped for the rule-breaking of former players and a former tutor. The NCAA pops the poppable parties, whether they did anything or not. That’s how this always works.

Further complicating matters, the members of the Committee on Infractions change, without a great deal of regard for past precedent by prior committees. Adjudication is a moving target on top of a moving target.

Missouri will appeal to the Infractions Appeals Committee. It will likely lean on how it complied, hoping to get some leniency on the sanctions handed down by the COI.

The school was in a “damned if you do, damned if you don’t” situation. If all levels of Missouri’s administration orchestrated academic fraud, that would’ve been one thing. But even the NCAA acknowledges one tutor acted on her own accord due to assumptions about her superiors’ intentions.

So what was Missouri supposed to do?

2 thoughts on “Nobody knows whether to cooperate with the NCAA”