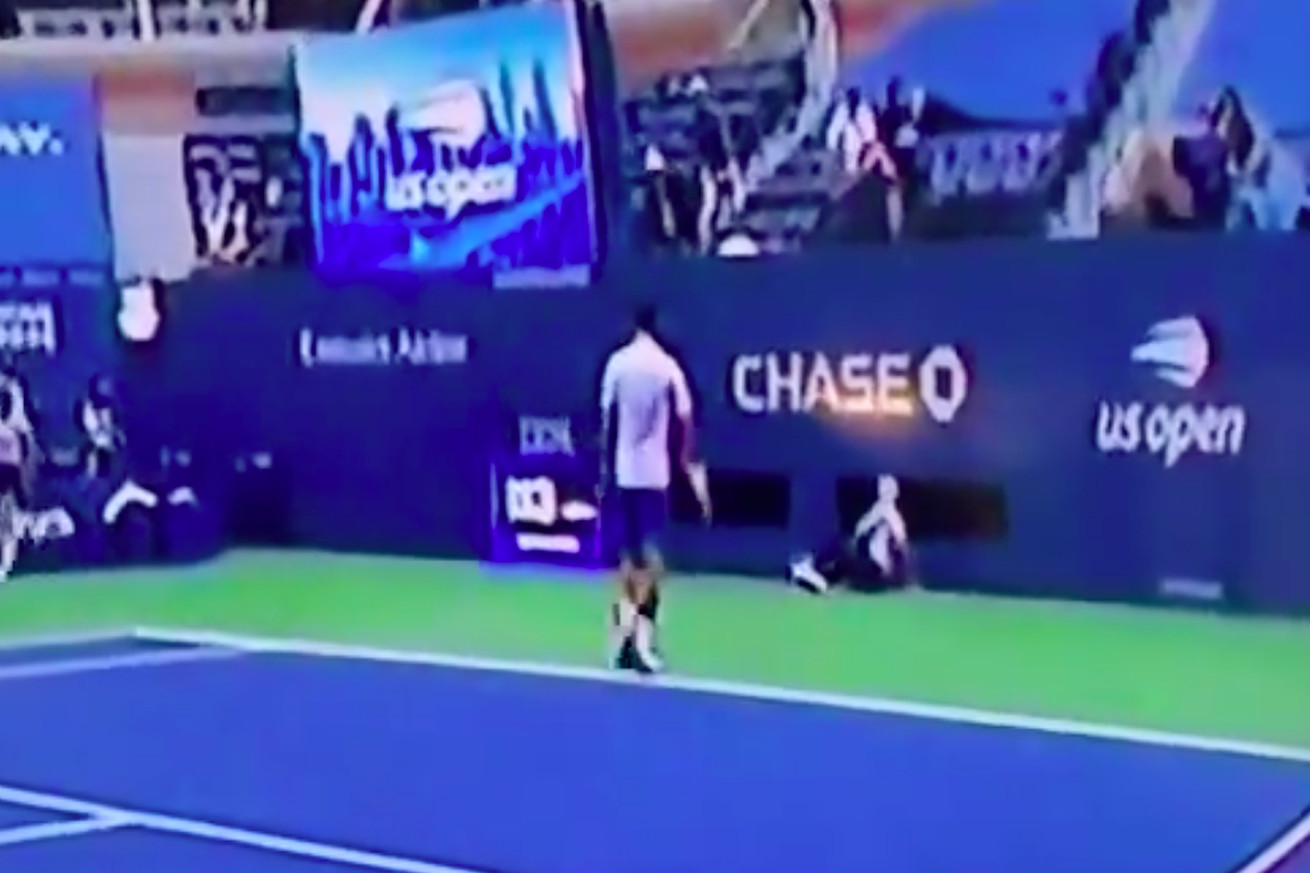 Novak Djokovic’s run in the 2020 U.S. Open is over after being ejected during the first set of his round-of-16 match against Pablo Carreno Busta. Djokovic was defaulted after hitting a ball toward the baseline which struck a linesperson.

Here’s video of the incident, which shows Djokovic hitting the ball in frustration after a point. He pled his case to officials who stuck with their ruling and disqualified him from the tournament.

Oh my god, Djokovic got disqualified from the US Open.pic.twitter.com/yCo3Lqw0tg

Striking an official is grounds for an automatic ejection, which Djokovic received. Here’s a look at the full rule:

Here are pictures of the woman Djokovic hit with the ball:

BREAKING: Novak Djokovic has been disqualified from the #USOpen after accidentally hitting a ball into a line judge during his match against Pablo Carreño Busta. pic.twitter.com/IQf9S9sK0b

Djokovic made the following comment while arguing he should be allowed to continue in the tournament.

“She doesn’t have to go to the hospital for this.” -Djokovic trying to downplay the effects of hitting the lineswoman, saying she wasn’t seriously injured.

“You’re going to choose a default in this situation? My career, grand slam, center stage”#USOpen

Pablo Carreno Busta now advances to the next round, where he’ll play the winner of Denis Shapovalov vs. David Goffin.