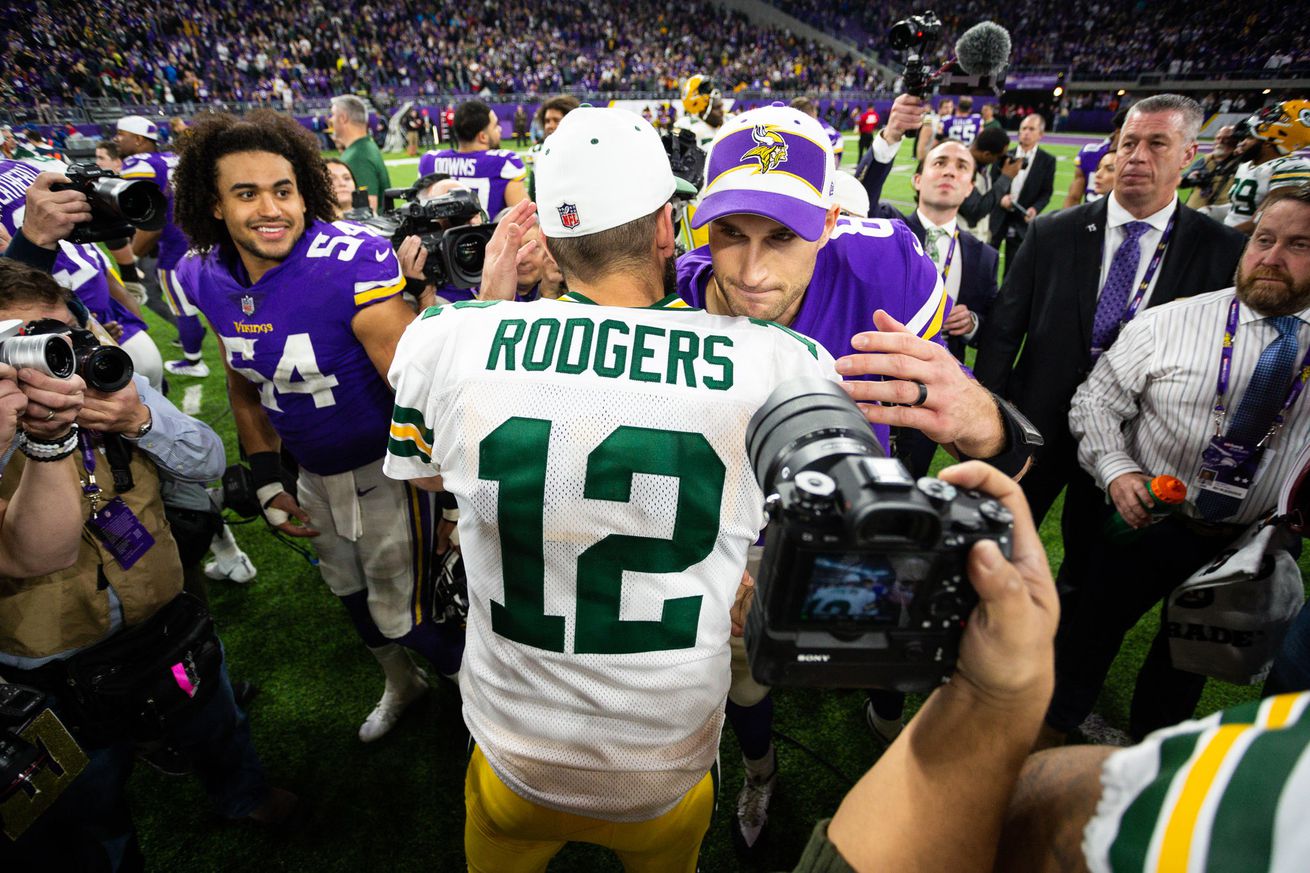 The Minnesota Vikings visit the Green Bay Packers in an important Week 2 divisional matchup, with the home side favored by a field goal.

The Minnesota Vikings are 5-1-1 straight up and 5-2 against the spread in their last seven games against the Green Bay Packers. The Vikings hope to take over sole possession of first place in the NFC North with a win over the Packers on Sunday afternoon.

Minnesota is a 3-point road underdog on the NFL odds in Green Bay at sportsbooks monitored by OddsShark.com. In their last 13 games played in the month of September, the Vikings are 9-3-1 ATS.

The Vikings put on one of the more impressive performances of Week 1, dominating the Atlanta Falcons from start to finish in a 28-12 victory. Dalvin Cook rushed for 111 yards and two touchdowns on 21 carries as the team jumped out to a 21-0 lead and coasted the rest of the way. Kirk Cousins needed to throw only 10 passes along the way, completing eight of them for 98 yards and a touchdown.

Despite their recent overall success against the Packers, the Vikings are just 3-9-2 SU and 5-9 ATS in their last 14 road games against Green Bay per the OddsShark NFL Database.

Green Bay made some moves this offseason to shore up the defensive side of the ball, and those moves seemed to pay off as the Packers held the Chicago Bears to just three points in a 10-3 season-opening win. On the other hand, the offensive boost that was supposed to come in with Matt LaFleur did not as Aaron Rodgers passed for only 203 yards and a touchdown. Still, LaFleur wound up being the only head coach coaching a new team in Week 1 to secure a victory across the NFL. The Packers are 12-3-1 SU in their last 16 games played in September.

Sunday’s total is set at 44 points. The UNDER is 7-2 in the last nine games between the Packers and the Vikings.

With the Detroit Lions picking up a tie in Week 1 and the Bears coming away with a loss, the winner of this game will take over first place in the division. These two teams had combined for each of the last seven NFC North titles before the Chicago Bears broke up that trend last season.