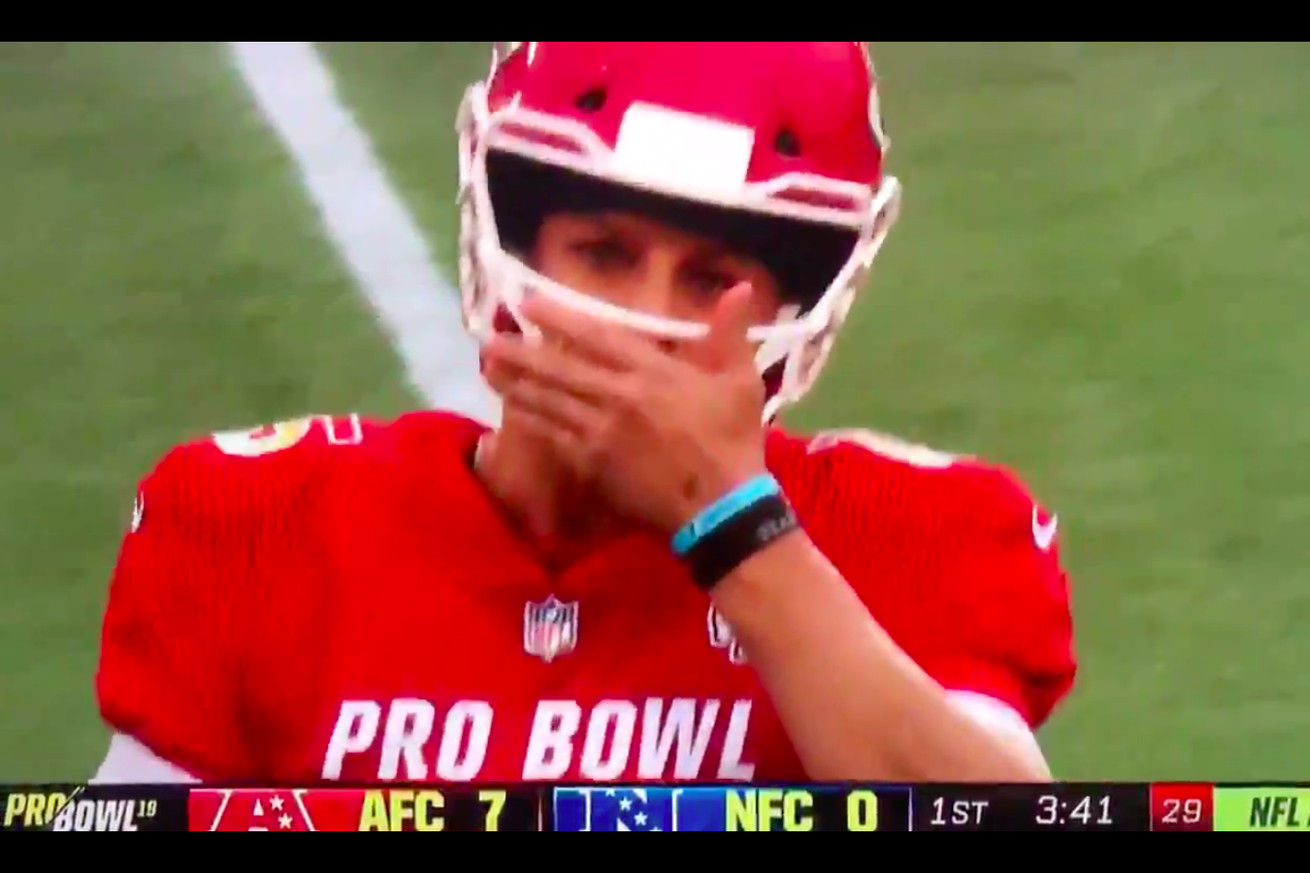 Kansas City Chiefs quarterback Patrick Mahomes is the NFL’s most exciting, young star so he was an easy choice to get mic’d up for the Pro Bowl.

Just one problem: Mahomes apparently forgot that meant he needed to watch his language.

After an incomplete pass on a fourth down in the first quarter, Mahomes was shown — and could be heard — yelling “FUCK” as he jogged off the field. He quickly realized his mistake and covered his mouth.

Mahomes only played three drives before leaving to make way for Andrew Luck to take over for the AFC in the second quarter. The Chiefs quarterback still managed to rack up 156 passing yards and a touchdown before his departure.

Even if Mahomes was only on the field for a little more than one quarter, the ESPN mic still picked up some good stuff, though. He was shown on the broadcast complaining to the Chargers coaches about the NFC’s double coverage of Tyreek Hill.

“Feel like I’m back in the Patriots game” pic.twitter.com/kdmQK92G1X

“I need the safeties to stop double teaming Tyreek. I feel like I’m back in the Patriots game.”

Hill finished the Chiefs’ 37-31 loss to the Patriots in the AFC Championship with only one reception. It was a tough way for Kansas City’s incredible season to end, but at least Mahomes is able to laugh about it a week later.