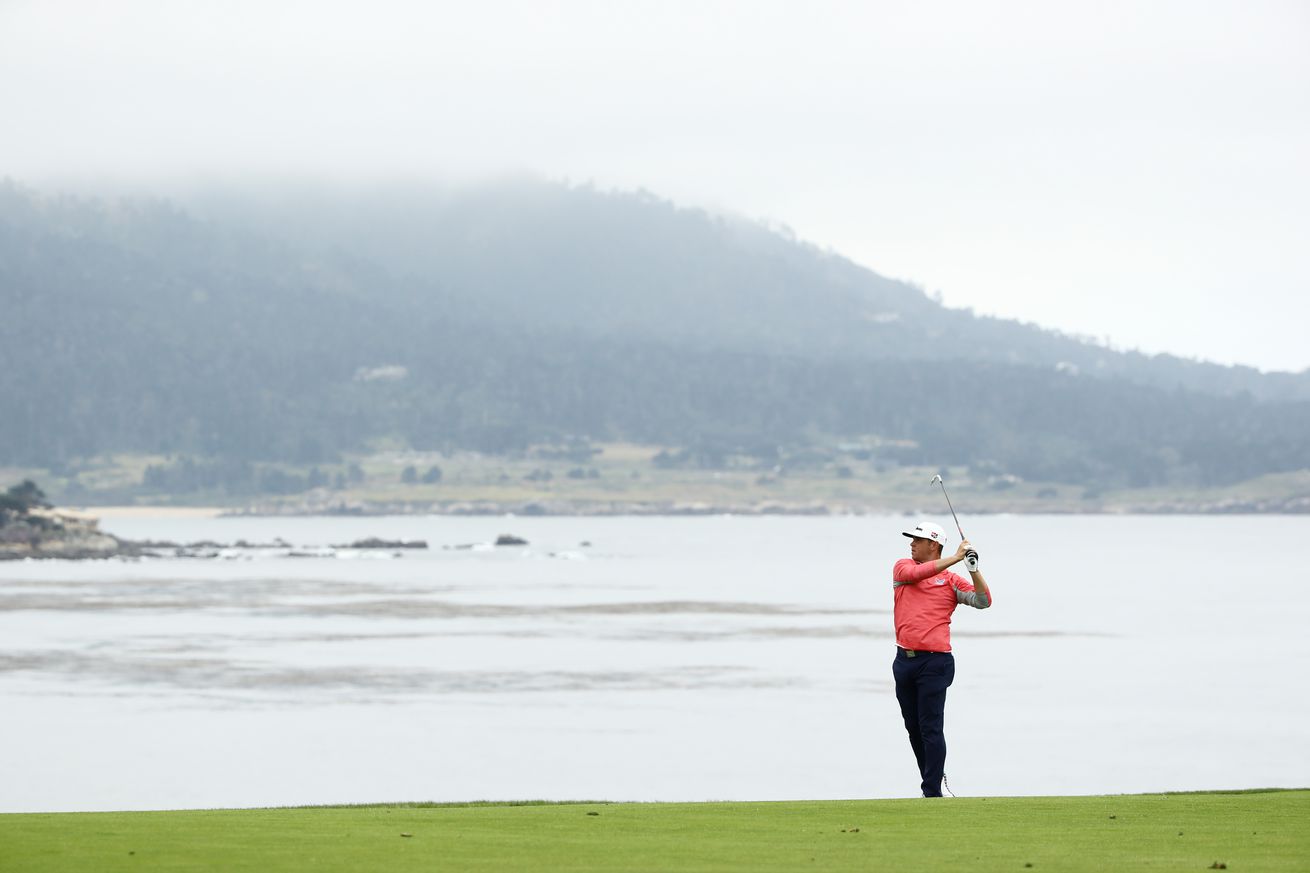 For the first time in a long time, the national championship offered nothing to complain about.

But the tournament will go down as something else, too: as the perfect example of what the U.S. Open can be when it gets its venue and setup exactly right.

The U.S. Open has long been golf’s most complained-about tournament. But the 2019 version left even its harshest critics little to be mad about.

Industry criticism of this particular championship goes back generations. So many U.S. Opens are remembered as much for players being mad about them as playing well in them. This has been going on for at least 50 years and probably longer. Some retro hits:

In the half-decade leading up to the tournament’s return to Pebble Beach, new issues popped up every tournament — some around course setup, others around rules.

In 2015, Chambers Bay was so baked out that the U.S. Open barely resembled a golf tournament. In 2016, the Dustin Johnson moving-ball controversy at Oakmont created Sunday leaderboard uncertainty that lasted over an hour. In 2017, Erin Hills was so easy that legions of people who’d criticized the USGA for making U.S. Opens too hard went the other way. (Brooks Koepka’s 16-under tied for the lowest score to par in tournament history. In 2018, Shinnecock created problems again, with high winds and a dry course leading to Saturday carnage and again infuriating the pros. That year included Mickelson intentionally putting a moving ball, maybe (read: probably) to spite the UGSA.

The criticisms leveled at the USGA over the years have varied in their fairness, and your view of the organization probably depends on how much you care what the winning score is in relation to par. I don’t personally care whether the U.S. Open winner is 20-under or 20-over, so I don’t care much about USGA course setups as long as they’re safe. But no matter what your course design fancy is, the 2019 championship was likely cool with you.

Pebble Beach turned out to be the perfect mix of impossible and possible. It was exactly the kind of “test of golf” the USGA always says it wants.

Every course setup takes and gives, but few do so as inherently and as well as Pebble Beach.

It starts right away. Wanna hit driver on the 386-yard, par-4 first? It’s gettable in a way few par-4s at U.S. Open courses ever are, but it’s also tight, with out-of-bounds markers hugging the fairway on both sides. Most players hit iron instead, including Woodland, who birdied it on Friday and otherwise made stress-free pars there every day.

Wanna attack the pin at the 100ish-yard seventh, the iconic hole at the edge of the world? Do it, but you can’t if the pin is placed at the very front of the green, at the bottom of a downslope that would send your ball bouncing into a back bunker. On Saturday, that’s where the pin was. Only 20 players birdied it, before the pin moved back and 28 made birdie on Sunday. Even on that exceptionally short hole, red numbers were at a premium.

Wanna make up ground on the course’s most gettable holes? The four easiest this week, statistically, were the par-5 sixth, par-4 fourth, that par-3 seventh, and the par-5 18th? That’s smart, but the Pacific Ocean’s in play on all of them, making ambitious shots at least a little bit risky even for the most locked-in pros.

Almost every green here is tiny, and hitting them means succeeding in some challenging target practice. But it also means going to the middle provides a birdie look more often than not. As long as the greens aren’t so fast that the best players in the world can’t hold them, there’s little to complain about. That might’ve been the case in 2010, when Graeme McDowell won at even par, but it wasn’t the case in Woodland’s win.

“It just puts a real premium on the shots required by the players,” Jeff Hall, the USGA’s managing director for rules and open championships, told me beforehand. “The targets become very small. You talk to players, they’ll probably say, ‘Jeez, I can put the ball in the middle of every putting green four days in a row, I’m gonna have really good chances to make birdies.’”

In the end, that’s how Woodland won. The champion wasn’t bad at anything, but he only stood out in two areas: approach shots and putting. He was third in the field in Strokes Gained on approach, averaging a gain of 2.1 shots per round on the field. He gained another 1.8 putting, compared to only about half a shot per round gained off the tee and chipping/pitching. The most iconic shot of Woodland’s day was a vicious 3-wood from the fairway on the par-5 14th from 263 yards out to set up a short chip and birdie.

(Woodland also hit a brilliant chip from the fringe to save par on the 17th, but his lead was safer then, and he later said the shot at the 14th gave him the confidence for that chip.)

In past years, the USGA’s taken flack for setting up courses in ways that turned out to be tricky, not just challenging. Mike Davis, the organization’s CEO, acknowledged after 2018’s Saturday bloodbath at Shinnecock that “well-executed shots were not only not rewarded, they were penalized.” At Pebble, the requirements were clear and doable: Hit the ball onto these outlandishly tiny greens, and then go get your birdies, like Woodland did.

The course was fair the whole time. That shouldn’t be mistaken for easy.

The fairways were firm but didn’t resemble concrete. The greens were fast but still receptive to descending golf balls. If you strolled near any green at Pebble over the weekend, you heard that hollow thudding sound a ball is supposed to make when it lands on a green. (Andy Johnson sums it up well here.)

“It just takes a little bit of concentration because there’s some shots where you need to land the ball 10 yards short of the pin and some holes, like back into the wind, it might only be 3 or 4 yards,” Rory McIlroy said after his Saturday round. “But you can’t go firing at pins because you’re going to one-hop it over the back all day.”

13-under might be low for your U.S. Open taste, but it was a product of elite shot-making, not a setup that guaranteed anyone would finish that far below par.

The course was so good that Mickelson, of all people, called it “perfect.”

“Yeah, it’s perfect,” he told reporters after he finished up his Sunday round at 4-over for the week, which would eventually tie him for 52nd. “It’s a perfect hard test. When you struggle a little bit or if you pull shots like I did, it’s very penalizing. And the guys that are playing well, it gives them a chance to separate and make some birdies and reward great shots. It was perfectly done and I’m just so excited to see — to go watch our national championship.”

Any U.S. Open needs three things be its best: 1) a stunning setting, 2) a chance for the best golfers in the world to self-destruct, and 3) a chance for those same golfers to put on a master class. Pebble Beach provided all three.