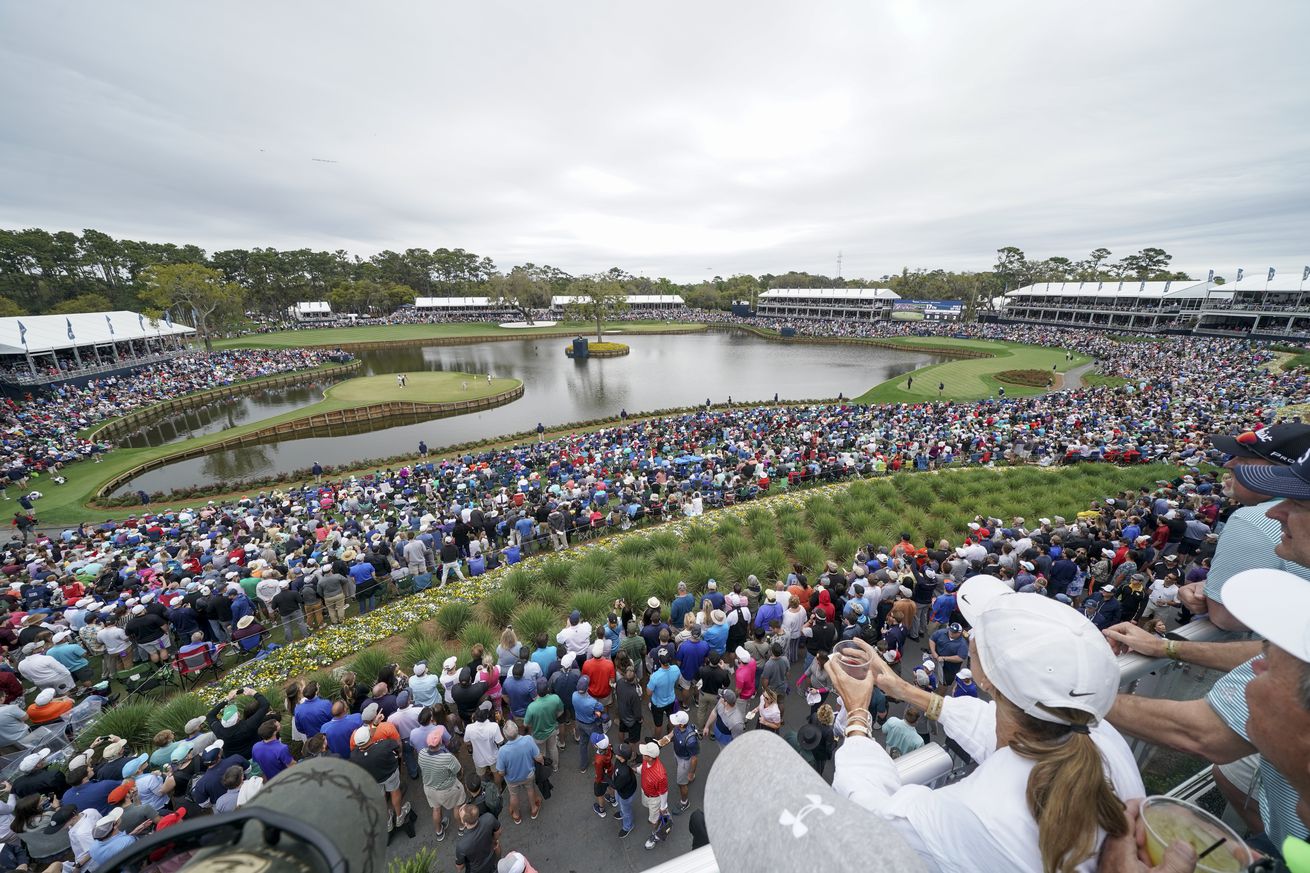 The PGA Tour Players Championship was canceled after playing one round in front of fans Thursday.

Update, March 12, 10:27 p.m. ET: Around 10 p.m. ET on Thursday night, the PGA announced that the remaining three days of the Players Championship have been canceled. The next scheduled event is the Masters, for which you can get a (relatively) cheap ticket … if you’re willing to assume the risk that the event is actually held.

In a statement, the Tour said, “We did everything possible to create a safe environment for our players in order to continue the event through the weekend, and we were endeavoring to give our fans a much-needed respite from the current climate. But at this point – and as the situation continues to rapidly change – the right thing to do for our players and our fans is to pause.”

Tour commissioner Jay Monahan will hold a press conference at 8 a.m. ET on Friday, likely to address the decision and the future of the sport’s season.

Previous update: At a Noon ET press conference, PGA Tour Commissioner Jay Monahan announced that the PGA Tour schedule will proceed as scheduled, but there will be no fans allowed at events through the Valero Texas Open. There will be no fans permitted at The Players Championship for the final three rounds after the gates were opened to the crowds for Thursday’s first round. This timeline would run from the immediate weekend at the Players through the following three weeks leading up to the Masters. The Corales Puntacana Championship in the Dominican Republic, an opposite field event concurrent to the WGC Match Play in Austin, is cancelled. Media and essential personnel will be admitted under this new policy.

Monahan did reiterate that it’s a “fluid situation,” and these updated policies could change in the intervening days and weeks. The Masters is not under the control of the PGA Tour, but rather run and governed by the Augusta National Golf Club. The Masters, according to multiple reports, is reviewing multiple contingency plans including the limiting or banning of fans.

The coronavirus pandemic did cause at least one player to withdraw from The Players C.T. Pan tweeted he left the area before his tee time on Thursday.

I’m probably the only one who is not playing, same number as the hand sanitizers in the clubhouse, locker and dining.

The show went on at The Players Championship on Thursday.

The PGA Tour released a statement after midnight ET on Thursday saying the first round of The Players will proceed with the gates open to ticketed fans. The tournament hosts an estimated 200,000 fans over four tournament days. Meanwhile, other major American sports are either suspending games outright or removing fans.

The NBA suspended its season Wednesday, and added a layer of uncertainty over the PGA Tour’s flagship event, which started early Thursday morning 10 hours after the NBA’s announcement. The players in the field were texted an update after 11 p.m. ET Wednesday telling them to prepare to play Round 1 as scheduled. Then the Tour issued its first public update around 12:15 a.m.:

The PGA Tour is aware of rapidly changing developments regarding Covid-19. With the information currently available, The Players Championship will continue as scheduled, although we will absolutely continue to review recommendations from the Centers for Disease Control, World Health Organization and local health administrations. This is obviously a very fluid situation that requires constant review, communication and transparency, and we are dedicated to all three aspects. The PGA Tour will provide an additional update by 12 p.m. ET on Thursday.

In the meantime, players in the field have been notified to be prepared to play Round 1, as scheduled.

Fans who no longer wish to attend The Players Championship may request a refund or exchange; details on how to do so will be announced shortly. Please visit PGATOUR.COM/THEPLAYERS for more information.

The statement leads with the “rapidly changing developments” in the Covid-19 pandemic and the sports world’s response to it. That included Wednesday’s news that the NCAA tournament will close its games to the public along with most of this week’s college basketball conference tournaments, and the European Tour postponing its second straight event. The NBA announced its plan to close games to the public before suspending the season outright later in the day after Rudy Gobert tested positive for the coronavirus.

As news changed rapidly and social media curiosity around the status of The Players heightened, the Tour tweeted a video of a crowd packed in at a Chainsmokers concert held at TPC Sawgrass on Tuesday. The tweet came just four minutes after President Donald Trump finished his address, and was eventually deleted (although the next tweet of some Sungjae Im highlights with the caption “whatever happens, happens” didn’t quell shouts of tone-deafness).

Commissioner Jay Monahan fielded multiple questions about the PGA Tour’s Covid-19 plans in his Tuesday press conference and said that a “business unit” is addressing the “market-to-market” dynamic across their multiple Tours.

“I would tell you that it started out as a task force,” Monahan said. “It’s now essentially a business unit, where we have two leaders, Tom Hospel, our medical director, and Alison Keller, our chief administrative officer, who have organized a large team to fully understand the coronavirus and its implications on all facets of our business. I think it goes without saying that the health, safety, well-being of our players, our fans, our tournaments, everybody that’s involved in our ecosystem is of utmost importance.”

The only change to tournament plans coming in the update late Wednesday night was the addition that fans “may request” a refund or exchange of their tickets. At least one player in the field, Lucas Glover, who teed off Thursday at 7:51 a.m. ET, did not seem thrilled with the proceedings continuing as usual.

Rest of sports and media: why don’t they drug test on the @PGATOUR

Tour: okay, we better start doing that too.

Rest of sports and media: think we better stop and stay away from crowds.

St. John’s county in Florida, where the tournament is held this week, announced its first case of a positive test for coronavirus Wednesday night. While golf is an outdoor sport with a certain level of freedom of movement for attending fans, The Players’ own website last year noted an explosion in attendance and the increased challenge of “shuffling through the crowds” during the four tournament days. Crowds at golf tournaments also tend to skew towards an older demographic relative to other sports.

As commissioner Monahan said of all their operations across the globe and the response to the pandemic, “it’s a very dynamic situation” with a “contingency plan for a lot of different scenarios.” Those contingency plans undoubtedly went into closer review at the Tour’s headquarters on Thursday morning leading to a closing of its marquee event for the final three days.