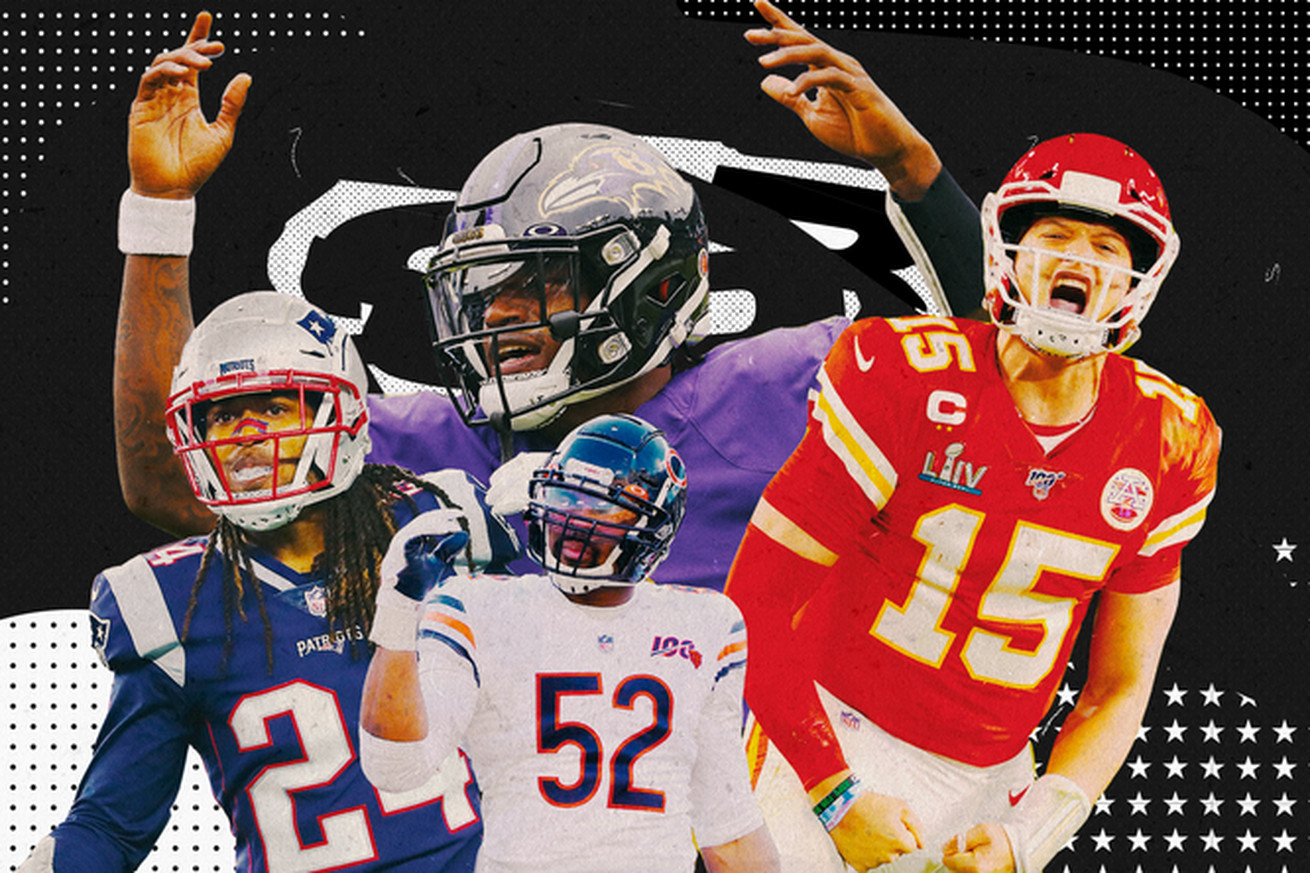 With no scrimmages or preseason, here is what to expect.

The hopes and dreams of 32 fanbases hang in the balance with the NFL season almost upon us. It’s been a bizarre lead up to the season due to the Covid-19 pandemic, meaning we have much less information than we normally would entering the season.

Normally we get at least some information from scrimmages and preseason by now. Instead we’re going off gut feelings and beliefs. We asked our network of team blogs (and a couple from your’s truly) to give us their predictions for their beloved teams in the hopes to learn more. Here’s what they think from the fans who know their teams the best.

The Cardinals will live and die by their offense. The Cardinals did little to address their defense in the offseason, instead further stacking the offense by adding DeAndre Hopkins. Hopkins and Larry Fitzgerald are a quarterback’s dream, and Kyler Murray should have major success through the air this season. Unfortunately the defense still won’t be enough to have them compete in the NFC West … yet.

The Falcons will be looking to put two straight years of mediocrity behind them and take a veteran team on a deep playoff run. With a ton of money committed to stars and short-term bets on players like Todd Gurley and Dante Fowler Jr., this team is built to contend right now and more or less has to keep the current brain trust around.

The Ravens will win the Super Bowl. With nearly all of their high-level talent returning and multiple big-name pass rushers being added to the defense, the Ravens will end the season hoisting the Lombardi trophy.

The Bills will sink their teeth into the AFC East. The window is wide open for the Bills after years of being in New England’s shadow. While the Patriots move on from Tom Brady, and the rest of the division is, well, the Dolphins and Jets — there’s a major chance for the Bills to dominate and try to becoming the source of consistency in the division.

The Panthers will try to rebuild the franchise into a consistent winner under new head coach Matt Rhule, something they haven’t been since… well, since the team was founded in 1995. They’re still searching for their first ever back-to-back winning seasons, and they currently have a long, rocky road ahead if they plan to accomplish that goal anytime soon.

The Bears will once again have one of the best defenses in the NFL, but as is Chicago tradition, they’ll only go as far as the quarterback can take them. If Mitchell Trubisky — or Nick Foles — can simply manage the offense, the Bears will be back in the playoffs.

The Bengals will bounce back faster than anyone expected. Joe Burrow is NFL ready from the jump, and the bones of this team are still good. Expect them to at least be competitive this season, and make people wonder why they were so bad a year ago.

The Browns will have the best rushing attack in the NFL, but only when the passing game gets more efficient mid-way through the season will Cleveland start being the favorite to win every week as opposed to just a crapshoot. That will put them in the mix for a late-season wildcard chase in the AFC.

The Cowboys will see if Jason Garrett was the issue with their talented roster falling short of expectations. Mike McCarthy takes over as head coach and he will try to elevate the Cowboys into a team that can win in the playoffs.

The Broncos will surprise a lot of people. That defense is going to be sneaky elite, so watch out!

The Lions will have a top five offense with a healthy Matthew Stafford and new weapons in the backfield. If the defense can improve even marginally, they will be in the NFC North race come December.

The Packers will be an NFC contender again, and even if they don’t match their lofty 13-3 record from a year ago they could be a better team overall. The defense returns almost all of the key players, featuring a terrifying pass rush and a strong secondary, while Aaron Rodgers looks poised for a bit of a bounce-back in his second year in Matt LaFleur’s offense.

The Texans will be unpredictable. Yes, that sounds weird for a prediction — but so much is up in the air. Houston went some big roster shifts this offseason, notably headlined by trading DeAndre Hopkins, but as long as DeShaun Watson is under center this team can still make noise and win the AFC South.

The Colts will reclaim the AFC South title with a potent rushing attack, dominant offensive line and veteran quarterback leadership. The young defense will start to put everything together as All Pros Darius Leonard and DeForest Buckner complement each other, second year cornerback Rock Ya-Sin takes a second-year leap, and Kenny Moore returns to the field healthy as one of the league’s best nickel corners.

The Jaguars will try to avoid suffering their ninth losing season since 2011. With 16 rookies included on the roster going into the season opener, a question mark at quarterback in Gardner Minshew, and a defense that traded away key players like Calais Campbell and A.J. Bouye, it looks to be another year of heartbreak in Duval.

The Chiefs will become the first NFL team to repeat as Super Bowl champions since 2005. During the most uncertain of times, they returned nearly all of their starters from their championship team, highlighted by the game’s best quarterback in Patrick Mahomes.

The Raiders will be better on both offense and defense and will vie for an AFC playoff berth.

The Rams will find the explosiveness on offense that they had in 2018 but lost last year and a surprise star player in the front-seven besides Aaron Donald, but who that is remains to be seen.

The Dolphins will look to build upon a surprise five-win season in 2019 after being called the “worst team ever” by some analysts. Under Ryan Fitzpatrick, this year is the stage-setter for the Dolphins to return to being a long-term contender once Tua Tagovailoa takes over late in the year or in 2021.

The Vikings will break their Bret Saberhagen-esque cycle of being very good in odd-numbered years and average in even-numbered years under Mike Zimmer. Despite their offseason losses, the Vikings still have a lot of talent, and the NFC North is there for the taking. The Vikings will do just that, nabbing their first division title since 2017.

The Patriots will continue to try to do their jobs. Are those jobs good enough to keep the dynasty alive, though? That’s the question…

The Giants will try to get turned around after going 12-36 over the past three seasons. The Giants are starting over with rookie head coach Joe Judge and second-year quarterback Daniel Jones.

The Jets will begin their latest rebuild. New general manager Joe Douglas made the first investments in the offseason by focusing on the offensive line. It is overdue, but the Jets have finally started to put pieces around Sam Darnold.

The Eagles will make the playoffs for the fourth straight season but fail to win more than one playoff game at most due to offensive line issues.

The Steelers will look to ride Ben Roethlisberger‘s surgically repaired elbow back to the postseason. With an elite defense and a two-time Super Bowl champion commanding the huddle, the Steelers have pushed all their chips in for the 2020 season.

— Jeff Hartman, Behind the Steel Curtain

The Chargers will see if Philip Rivers was really in decline last season, or if it was his surrounding cast that couldn’t get the job done. However, injuries remain a nuisance as they’ve already lost their best player on defense for the year.

— Michael Peterson, Bolts from the Blue

The 49ers will turn into an offensive juggernaut, but come up short in the Super Bowl for the second season in a row. After a season’s worth of offensive highlights, ironically enough, it’s the defense that lets the team down in the big game.

The Seahawks will make their first serious Super Bowl run since the 2014 season. With an offense led by an MVP contender in Russell Wilson, as well as a defense with as talented a linebacker and secondary group as any in the NFL, Seattle is poised to win its first NFC West title since 2016, with the hope of greater things to come from there.

The Buccaneers will be one of the most improved and most successful teams in the NFL thanks to a man they call Tom Brady. Can we say Super Bowl?

The Titans will find themselves playing in the final four again, but this year they will get over the hump and make the Super Bowl.

The Washington Football Team will struggle, but finally show some signs of life. Ron Rivera is a coach players love to give all their effort to, and that alone should make Washington at least watchable this season. It’s not much, but it’s progress.