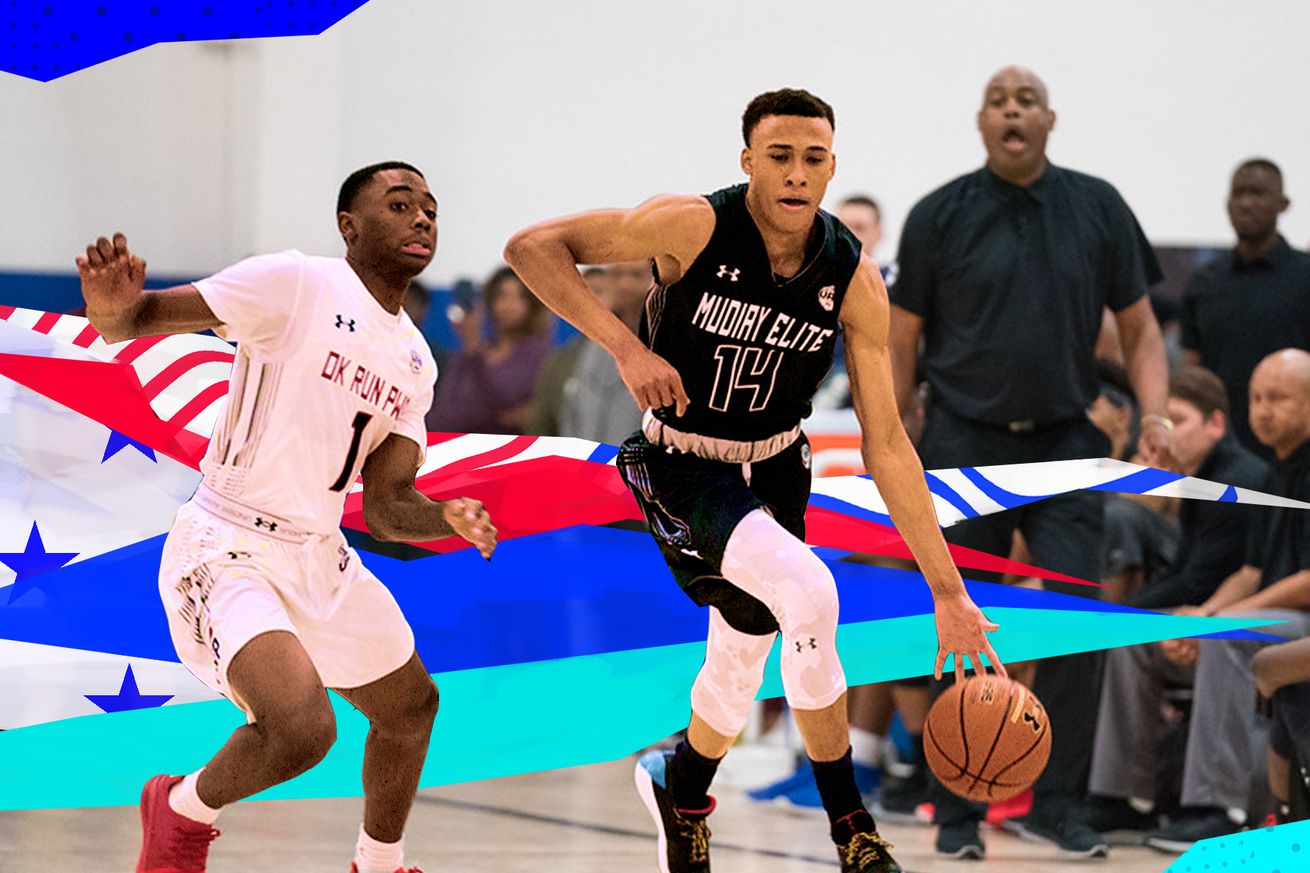 Why the 5-star basketball recruit choice to go pro in New Zealand instead of going to college makes sense.

R.J. Hampton didn’t mince his words as he sat in an ESPN studio and announced the decision that would shape his future as one of the brightest young basketball prospects in the country.

“My dream never has been to play college basketball,” Hampton said. “My dream was always to get to the next level and play in the NBA.”

Viewers tuned into ESPN to find out where Hampton would play his college ball, with Kansas, Memphis, and Texas Tech named as the three finalists. It turns out he won’t play college basketball at all. Hampton is headed to NBL, an Australia-based professional league, to play for the New Zealand Breakers. The plan is for him to spend one season there before entering the 2020 NBA Draft, where he’s projected as a possible top-five overall pick.

Hampton has been planning to accelerate his career for months. He had been set to graduate high school in 2020 and even played one weekend of grassroots ball this spring before announcing he was reclassifying to 2019. That made Hampton — considered a top-five prospect in either class — the biggest recruit available on the college hoops market. After assessing his options, Hampton decided his best move was to turn pro overseas.

shifty ball handler and explosive athlete who can create offense for himself and others. The length and quickness that makes him so hard to defend when he breaks down an opposing defense off the dribble and finishes in the paint also gives him tremendous defensive versatility. NBA scouts will keep a close eye on the development of his jump shot.

Hampton is following the path of recent top recruits like Emmanuel Mudiay, Brandon Jennings, and Terrance Ferguson who also chose to play for a paycheck overseas out of high school, but with his own twist. Each of those past players had questions about their college eligibility. Hampton is doing this because he believes the NBL will prepare him for the NBA better than college could.

It wasn’t hard to find salty college fans upset that Hampton spurned their program for a year abroad when he made the decision on Tuesday. While Hampton may face a difficult adjustment to life as a pro in a new country, his decision to play in the NBL rather than the NCAA is the right one for multiple reasons.

Devon Dotson and Quentin Grimes, staples in last year’s backcourt as freshmen. It seems likely both players will return to school, which would have meant Hampton was sharing point guard duties with Dotson and a third starting guard in Grimes who likes to operate with the ball in his hands. Add in Marcus Garrett and the backcourt in Lawrence was suddenly crowded.

There’s also the issue of what Bill Self has done for blue chip freshmen in the recent past. A five-star recruit like Cliff Alexander never developed in his one-and-done season before being held out amid eligibility concerns. Andrew Wiggins was the No. 1 pick in 2014 and Josh Jackson was the No. 4 pick in 2017, but neither showed much improvement under Self and still have major questions as NBA players. Fair or not, Self is a coach who has a reputation for putting the program ahead of the players in many regards. It may not be a coincidence this the first year Self hasn’t landed a top-50 recruit on the recruiting trail.

The Tigers are an emerging powerhouse behind head coach Penny Hardaway and assistant Mike Miller. Memphis is the coolest and most interesting team in college basketball right now, but it still has a lot to prove. The Tigers haven’t made the NCAA tournament since 2014 and Hardaway will have to answer questions about his coaching acumen. While Memphis does have the No. 1 recruiting class in the country, it also has a lot of talented players to keep happy who also want to showcase their talent for the NBA like Hampton does.

The Tigers could have been looking at an all-freshmen starting five with Hampton next to Boogie Ellis, DJ Jeffries, Precious Achiuwa, and James Wiseman. That team likely would have had three lottery picks, but the inexperience would have been a lot to overcome, as well as the challenge of juggling winning games while also developing those players for the NBA. Memphis will be just fine without Hampton next season.

The hometown school for the Dallas native, Texas Tech put itself on the map by running all the way to the Final Four this past season. Coach Chris Beard is now regarded as one of the brightest minds in the sport. He also helped develop top-15 picks in the last two drafts with Zhaire Smith and now Jarrett Culver. While there’s a lot to like about Texas Tech, the team is losing a ton from last season. Beard is an especially demanding coach on the defensive end and has never had a prospect of Hampton’s caliber. Texas Tech might have been a great place to develop, but the roster turnover along with questions about how Beard would handle a top-five recruit also made it a dicey situation.

Being a “mystery man” only helps draft stock

Romeo Langford, Nassir Little, and Grimes at the college level this season? College basketball can still be wonderful for marketing opportunities, which Hampton will miss out on. It’s also not a clearly better place to develop than the route Hampton ultimately chose.

In fact, being a “mystery man” in the draft usually only helps a player’s stock. While his peers are under a microscope at the college level, Hampton can play with less attention on every mistake and carry more intrigue into private workouts. Look at the rise of Darius Garland this season, who shot up draft boards after missing almost all of the season at Vanderbilt with a knee injury. Thon Maker was the No. 10 overall pick without playing college ball. Mudiay went No. 7 and Ferguson still went in the first round.

College basketball can do a lot for someone’s personal brand — just ask Zion Williamson or Lonzo Ball. There’s something to be said for avoiding the microscope that comes with that spotlight, though. Sometimes in the NBA draft, the less tape, the better.

He gets paid right now

Hampton’s contract hasn’t been disclosed, but you can bet he’ll be making six figures playing in New Zealand. He’s also negotiating a shoe deal. Go get that money, young man.

Skipping college isn’t right for everyone. It is right for R.J. Hampton.

This feels like the correct move for Hampton. He gets to train and play against grown men next year in a country that speaks English while making a lot of money. He’s likely to be a top-10 NBA draft pick in 2020, and he’ll have an outside chance to go No. 1 overall if he plays well and shines in workouts.

Hampton was a perfect position to make this jump because of his development curve, because of the support from his family, and because the NBL has been waiting for someone just like him. Turning pro out of high school isn’t going to be the best move for most players. It was for Hampton.