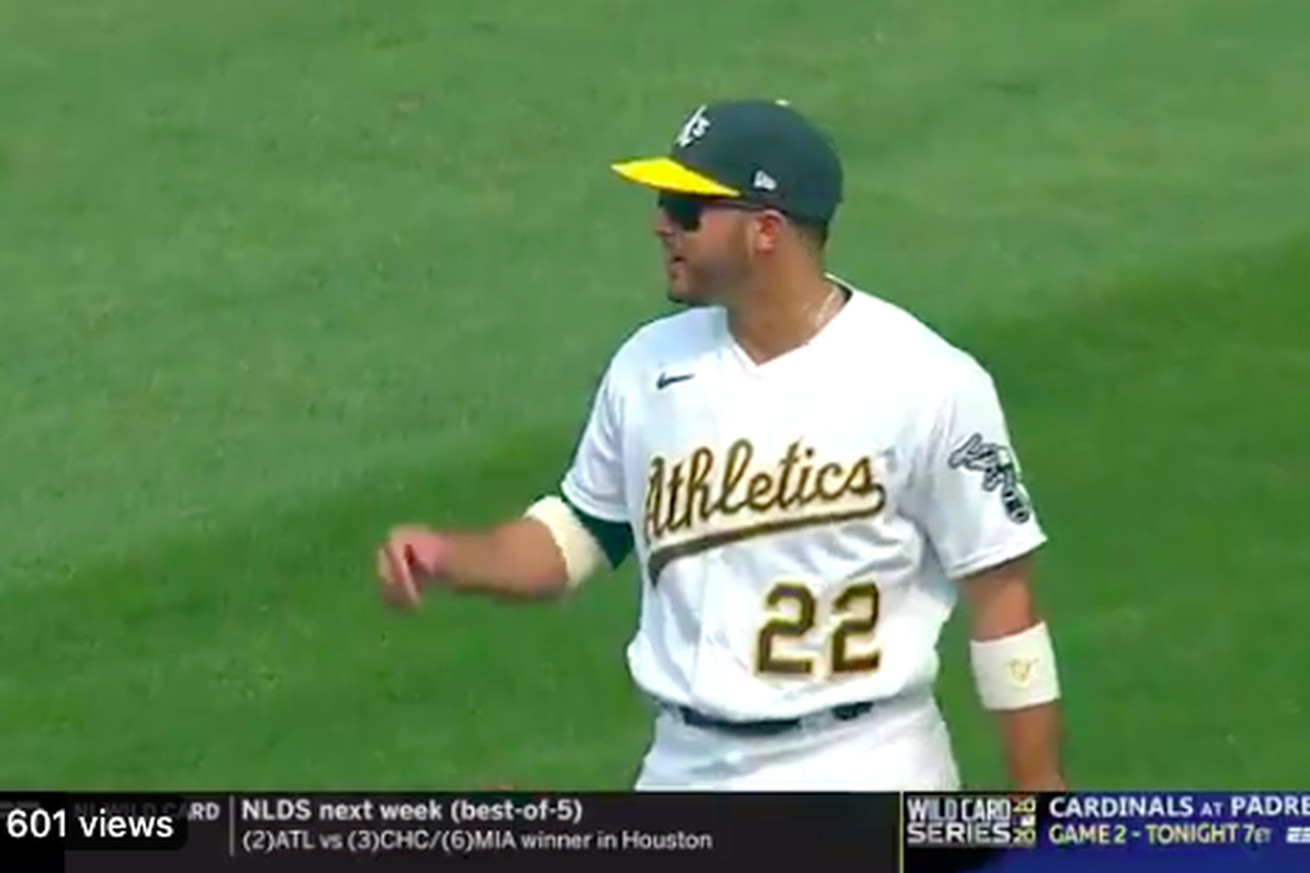 Give us more of this, MLB.

In the third inning of Thursday’s winner-take-all AL Wild Card round game between the Oakland Athletics and Chicago White Sox, the ESPN broadcast crew decided to show off a new toy they’ve brought to the postseason: in-game interviews.

Broadcasters Dave Flemming and Jessica Mendoza spent the top half of the inning chatting with A’s centerfielder Ramón Laureano, and for a while it was endearingly awkward, with none of the involved people seeming entirely comfortable or sure of what they were supposed to do.

And then Eloy Jiménez hit a ball in Laureano’s direction, at which point it became abundantly clear that ESPN didn’t have the foresight to have the audio on tape delay.

Jiménez was making his series debut after missing two games with a sprained foot. It seemed Laureano was expecting that injury to hobble Jiménez, because after retrieving the ball he turned to the infield, saw where the runner was, and exclaimed, “Damn, he can f——— run.”

Ramón Laureano drops an F-bomb on ESPN while mic’d up pic.twitter.com/UiliQDQ8dS

The entire segment was bizarre. Seemingly not wanting to burden him with heavy questions in the middle of an elimination playoff game, the broadcasts mostly tried to make small talk with Laureano, who was good natured but often monosyllabic. The inning was incredibly long, and the ball kept getting hit in Laureano’s direction, leading to some entertaining moments.

Still Mic’d Up Ramon Laureano get a ball hit to him and trying to make a play at home LMAO.

For what it’s worth, the broadcast seemed quick to adapt, as Laureano dropped a second curse word that was censored.

More of this please, MLB. Give us all the weird, awkward, completely ridiculous in-game content possible, please. It’s tremendous theater.