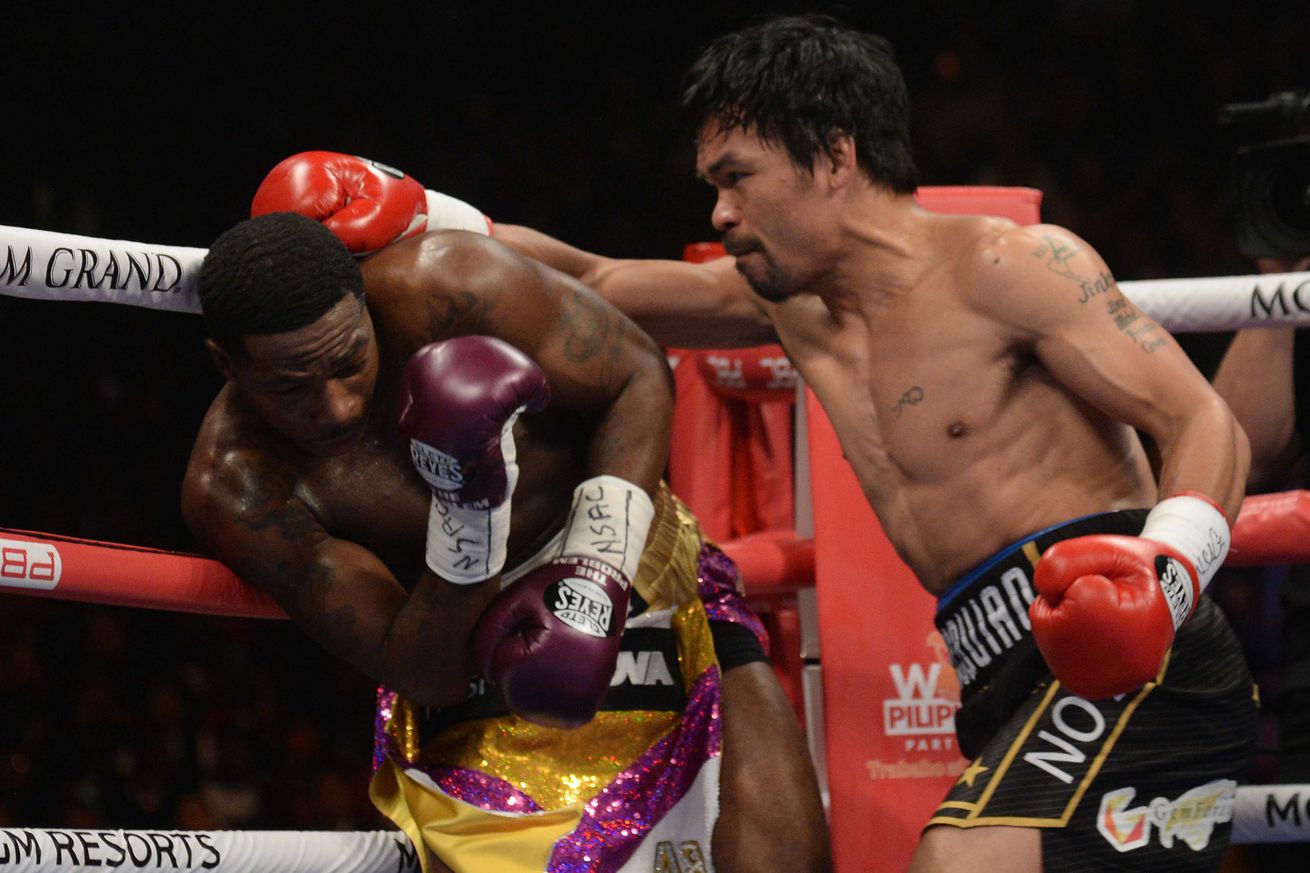 Manny Pacquiao dominated Adrien Broner on Saturday. We have a recap and round-by-round analysis from the pay-per-view card on Saturday.

Pacquiao looked much faster than he has in recent fights, showcasing his style of amazing angles combined with flurries of punches to consistently overwhelm Broner. Compared to how he’s looked in his last two or three fights, Pacquiao once again looked like the dominant champion he once was.

He worked the body early and often, while Broner played a game that was purely defensive, depending on his counter-punching. He did get some of those counter-punches in, but not nearly enough to make it that close of a bout. Going into the championship rounds, Broner arguably only took one of the previous ten rounds.

Now sitting at 61-7-2 for his career, the question becomes: what’s next for Pacquiao? Many have been talking about a potential rematch with Floyd Mayweather Jr., and Pacquiao, for his part, showed plenty to make that seem probable going forward.

Showtime. The card is supported by three other title bouts and three other undefeated competitors, as well as some other big names.

Jhack Tepora was originally scheduled to face Hugo Ruiz in the pay-per-view opener, but Tepora came in so overweight that Ruiz will instead face Alberto Guevara.

There will be a five-fight undercard that will not be aired as part of the preview, but there are some notables on it, including George Kambosos Jr., Rey Perez and more.

Pacquiao has won three of his past five bouts dating back to his May 2015 loss to Floyd Mayweather Jr., and is coming off a seventh-round TKO victory over Lucas Matthysse. Jeff Horn bested him prior to that, in a very narrow decision victory.

Broner is coming off a loss to Mikey Garcia and a draw against Jessie Vargas. Prior to that, he had won six of his past seven bouts, and sorely needs a win to stay in the upper echelon of boxing at this stage of his career.

Below is all you need to know to follow the action on Saturday. We will have live, round-by-round coverage of the action when the card gets underway.

How to watch Pacquiao vs. Broner

Odds: Pacquiao is favored at -300 at the time of writing, per OddsShark.

One thought on “Recap and reaction from Pacquiao vs. Broner”