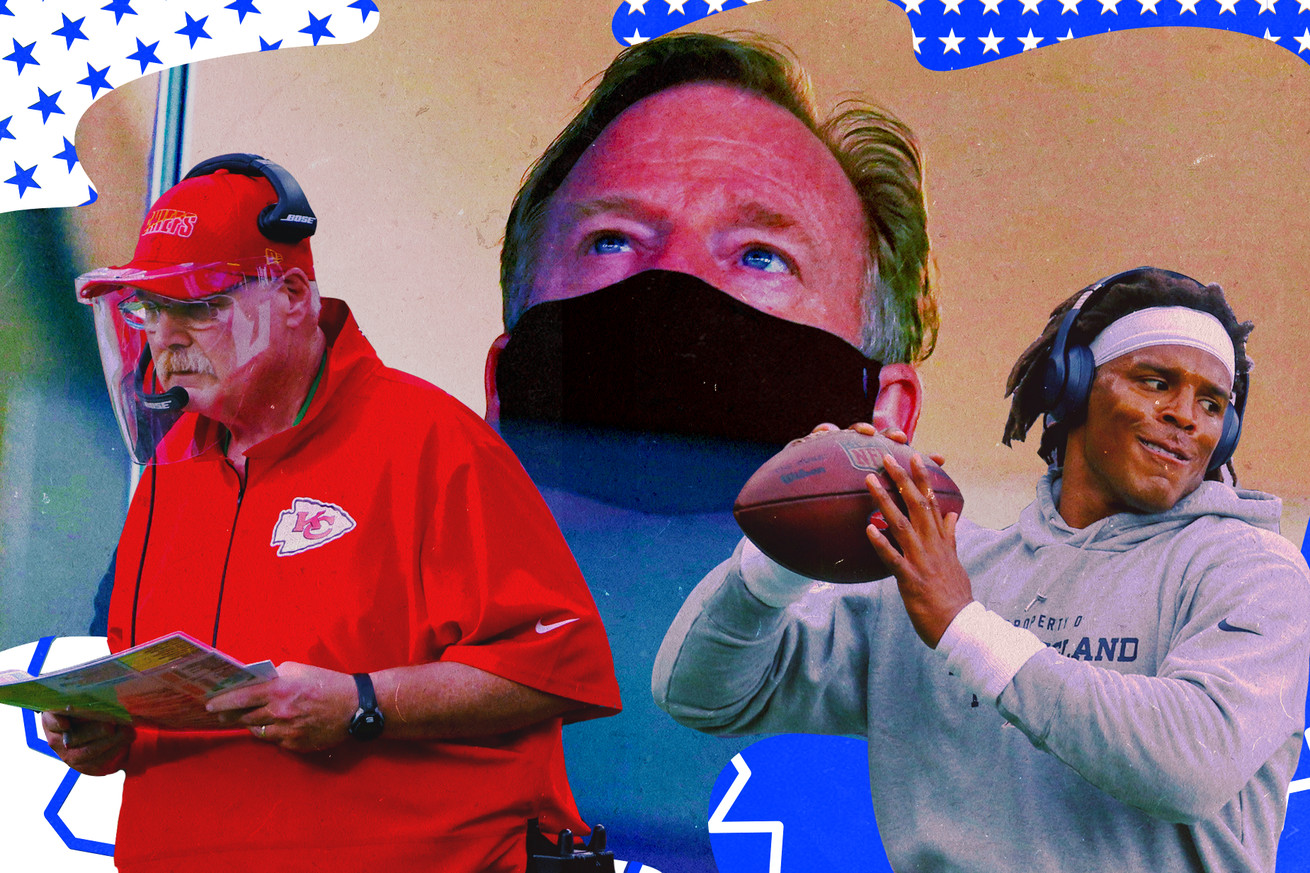 What the hell is the NFL going to do about rising Covid cases throughout the league?

It was difficult to enjoy the NFL this weekend. More difficult than most. Not because the action was bad, in fact, it was one of the wilder weekends in recent memory. My lack of joy stemmed from knowing the league is playing on borrowed time. The Covid pandemic has really hit the NFL, and it’s souring the ability to immerse yourself in the action as a fan because we simply don’t know what will happen next.

Every single one of us has dealt with the pain of this pandemic to varying degrees. The loneliness, the fear, the feelings of isolation. These are the symptoms if you’re lucky. For hundreds of thousands of Americans, Covid has meant illness, grief, and even death. We wanted to believe this would all be over six months ago. The hope was that we’d have a vaccine by now, a clear way to move past lockdowns and social distancing — not massive spikes in infections, the president in hospital, and the realization this isn’t getting better any time soon.

The NFL prides itself on being untouchable. That is now in tatters. The outbreak inside the Tennessee Titans is clearly not in isolation, with Chiefs players, and Cam Newton infected as well. It’s not so much a question of if but when more teams will suffer more infections — and there’s still no real answers from the league on how it plans to proceed if this happens. One would expect some sort of unified response. Discussions on whether the season will be shortened, or postponed, but no. Instead we’ll wait to see how many more players test positive this week, and what elaborate scheduling dance the NFL does to keep this leaky barge afloat for at least another week.

This is all terrifying.

An article from Johns Hopkins University notes that lasting lung damage is a serious concern for patients after they’ve recovered from the virus. It notes that it can take “three months to a year or more,” for someone to return to their pre-Covid lung capacity after contracting the virus. Anecdotal evidence tells stories of people who were fit pre-Covid, now struggling to climb stairs or walk easily without gasping for air. There’s still so much we don’t know about the virus that there’s legitimate concern that lungs damaged by the illness may never fully recover.

So, what the hell are we doing?

The NFL is continuing on as if cases among its players are simply unfortunate. Isolate the sick, ship the healthy ones off to the next city, and keep on going. It underscores the supremely disposable nature with which the league treats its athletes. We’ve yet to hear any good reasons for not stepping away from football to reassess the situation, and return again after a break with new protocols to protect players. This is in the middle of what’s quickly proving to be a major, major problem. It isn’t just that the Titans may have ignored league protocols, because it’s extending beyond that. There is no way to keep players safe, we already knew that — but it’s becoming increasingly obvious there’s no real plan to keep them protected either, at least not one that involves stopping football beyond delaying a game for a day or two.

The old adage when it comes to long-term injury in football seems to be “they signed up for this.” Players themselves will echo this thought, underscoring their sacrificial nature in order to play the sport. However, they didn’t sign up for this. ACL tears, concussions, broken bones — these are the elements of the game that players understand when they step on the field. Getting breathed on by an opposing player and contracting a virus which might permanently affect them, their families, and anyone who comes in contact with them is not exactly the same thing.

We have to demand more answers from the NFL. We have to pressure the league to give an updated statement on its Covid policy, and how the league plans to react should these outbreaks extend further. Of course these discussions are taking place behind closed doors, but anyone who supports the league has earned the right to know the plan to keep players safe, and better understand when the rip cord will be pulled to protect players beyond the scant measures which are currently in place, and currently failing.

Until then we’ll just be waiting for the positive tests to keep mounting. We’ll be waiting for more inaction from a league desperately trying to preserve the season. We’ll hope that infected players don’t spread the virus further among their families and communities before knowing they even contracted the virus. That hope is all we have left, because it sure feels like the NFL doesn’t have a plan.