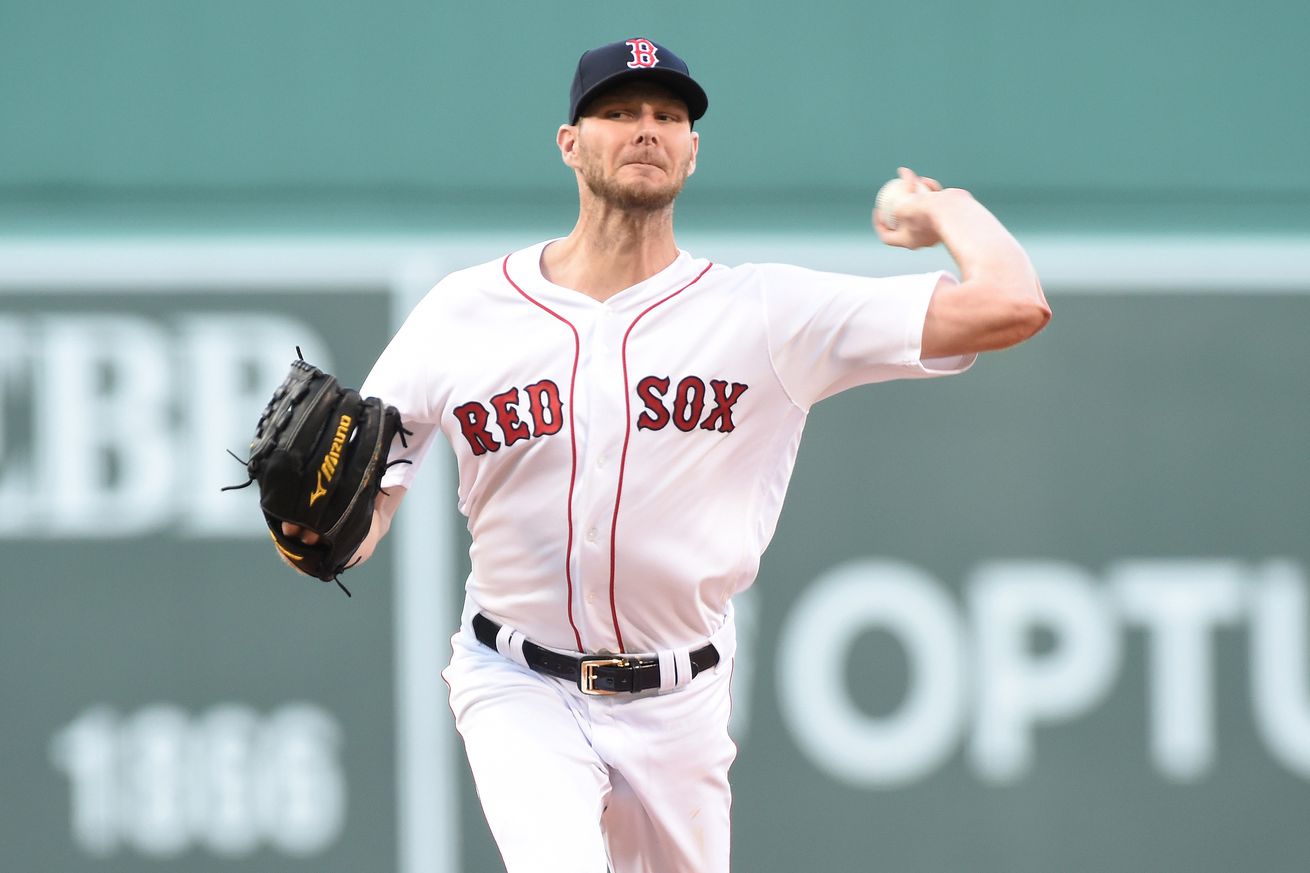 The Boston Red Sox continue their series against the Tampa Bay Rays on Tuesday night as road betting favorites on the MLB odds at sportsbooks.

The Boston Red Sox are 10-5 over their last 15 games including a 9-4 win over the Tampa Bay Rays on Monday night. This three-game divisional series continues on Tuesday night in Tampa Bay.

Boston is a -159 road favorite on the MLB odds in Tampa Bay at sportsbooks monitored by OddsShark.com. Chris Sale will be on the hill for the Red Sox squaring off against Yonny Chirinos and the Rays as +149 home underdogs.

After opening the season with a 34-34 record through their first 68 games, the Red Sox went on a 15-7 hot streak to wrap up the first half with a record of 49-41. But since then they’ve gone only 6-5 through the first 11 games of the second half including an inexcusable 2-1 series loss to the Baltimore Orioles over the weekend.

Boston’s next 13 games include five more games against the Rays and eight against the New York Yankees; now would be a good time to get on a hot streak if the Red Sox have one in them.

Chris Sale has given up five runs in three of his last four starts. The Red Sox are 7-13 through his first 20 starts per the OddsShark MLB Database.

The Rays improved to 6-1 over their last seven games and to 56-40 on the season with their win over the Yankees on July 15. Tampa Bay went on to lose the next three games in that series and is now just 1-6 over its last seven games.

Yonny Chirinos is having a great season with a 3.29 ERA and a 1.02 WHIP, but the Rays are just 1-6 in his last seven starts averaging 1.3 runs per game on offense over the six losses.

Tuesday night’s total is set at 7.5 runs. The UNDER is 6-2 in the last eight games between the Rays and Red Sox.

With both of these clubs looking like long shots to catch the Yankees for the lead in the AL East, the AL wild card race could be their ticket to the postseason. The series wraps up on Wednesday as David Price faces Charlie Morton.