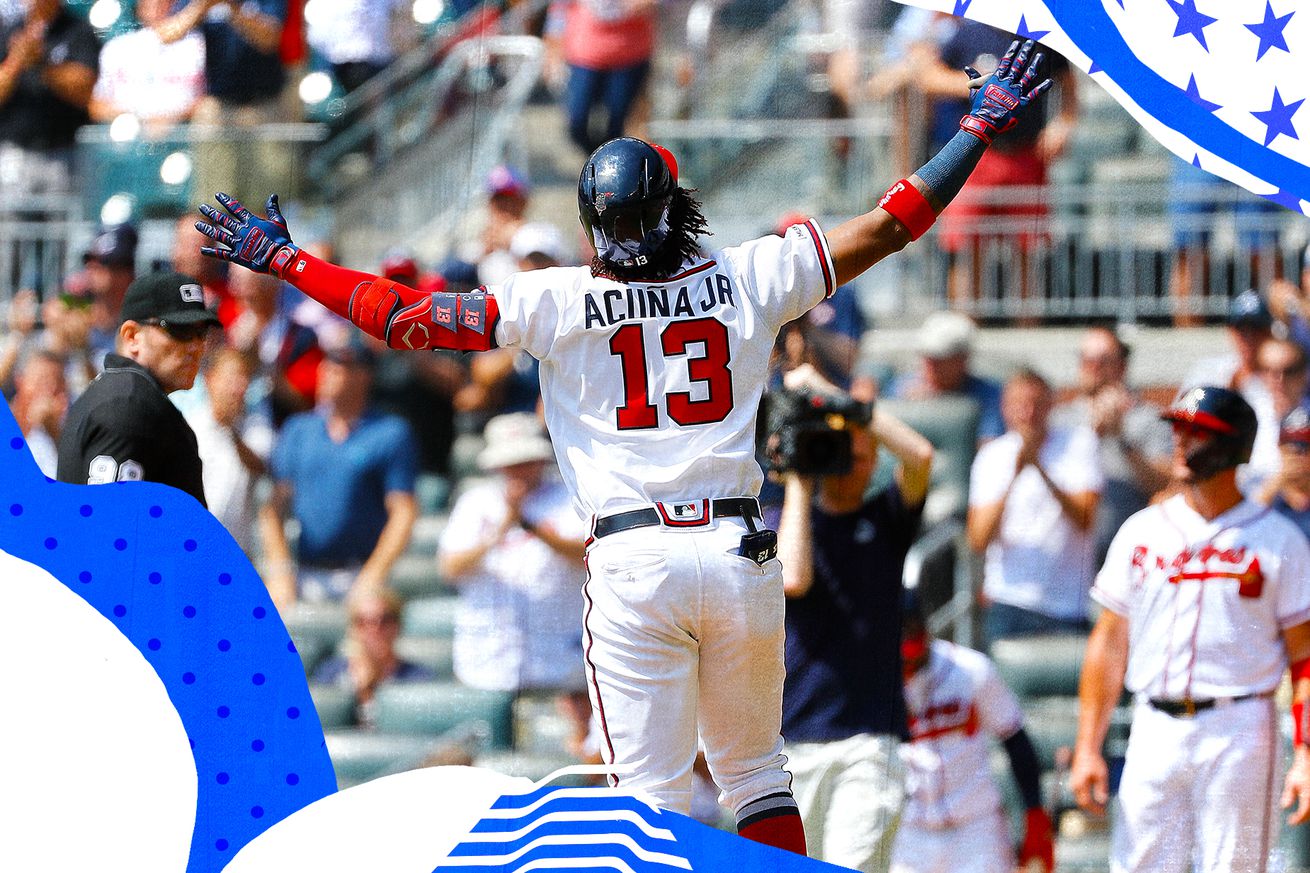 Acuña is about to be on some Tribe Called Quest shit and go on an Award Tour.

He won his first Silver Slugger award on Thursday evening alongside teammates Ozzie Albies and Freddie Freeman (who are also really good!). But we’re going to celebrate Ronnie Baseball for a moment.

Here are the other outfielders to win a Silver Slugger at 21 or younger:

2019 probably should have been Acuña’s year to enter the 40-40 club, which he very likely could do in the future. He got injured right before the postseason, finishing with 41 home runs and 37 stolen bases in 156 games. But it was still an amazing season — only 41 players have ever had at least 30 home runs and 30 stolen bases in 150 years of Major League Baseball, and Acuña is one of them.

Acuña’s game is an absolute delight. At a listed 6’ and 180 pounds, he’s not a big guy, but he hits the baseball with a smooth swing that has a violent vibe to it, resulting in incredibly satisfying-sounding dingers like this one:

If you’re a Braves fan like I am, it’s hard not to love Acuña. He’s kind of what we thought Jason Heyward was going to be — a prospect who became everything we expected, and, more importantly, the next face of the franchise. Since Day 1, Acuña hasn’t let up and, if anything, has exceeded expectations. There are only four players in MLB history to join the 40-40 club, and Acuña was almost one of them at 21 years old. Just writing that warms my sad Atlanta sports heart.

All that said, he’s not for everybody — fans and players included. He’s going to let you know when he owns you because he (probably) works hard and is having fun playing a game. That goes against the “traditionalism” that many around the game believe in so sternly.

People love sports rivalries, though some will argue it’s not truly a rivalry if it’s one-sided. I disagree with that mentality because Acuña vs. the Marlins is a beautiful one, though we’re getting close to the point where we could just call it bullying. The Marlins suck, and Acuña proves it almost every night he plays against them.

Some of y’all don’t deserve Acuña because of how you reacted when he didn’t sprint down the bases after sending one to the wall against the Cardinals. Sure, a 331-foot single in the playoffs isn’t ideal, but, holy shit, you guys wanted to bench one of the best young players in the game. That’s actually hilarious; stop being dorks. If you don’t like Acuña for all these things you think he’s doing to DiSresPecT tHe gAmE you should probably do some self-evaluation.

He might never be the most liked Braves player for reasons, but he’s undoubtedly going down as one of the best athletes this city has ever seen. I often poke at people’s nerves on Twitter by saying Julio Jones is the best Jones to ever play sports in Atlanta, because this city loved Chipper Jones. However, I honestly do believe that about Julio Jones. I also believe Acuña has the chance to be the best Braves player since Hank Aaron.

There’s a lot of time to find out whether that happens, but for now, we should enjoy the fact that Atlanta has one of the best young players in baseball.