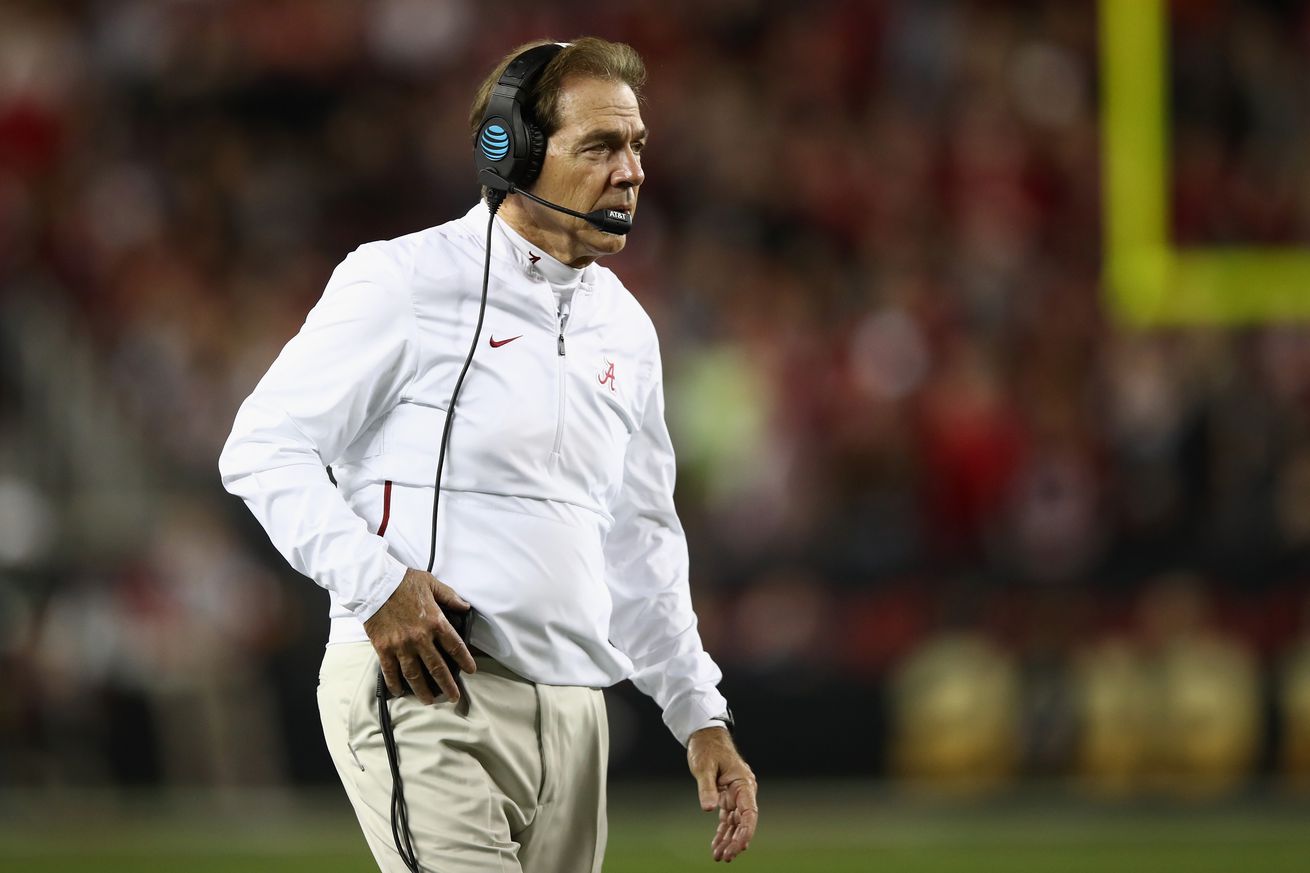 Alabama coaches leaving has been a steady story for years, but this is another level.

For years, we’ve wondered how long Nick Saban could keep reloading his coaching staff without a dropoff in production on the field and in recruiting. That’s now being put to its biggest test yet.

Alabama’s entire 2016 staff is now elsewhere, and that only scratches the surface.

Some of these positions have since changed hands multiple times, such as the offensive coordinator seat, which has lost (at least) four different guys to bigger jobs.

That’s not all! These coaches who came in to replace some of those guys are already gone as well:

Here are Saban’s only remaining coaches who were around last season:

Analyst Butch Jones, the former Tennessee head coach, is also around, though without an official staff title at the moment.

Given how Bama’s 2018 ended in a shockingly rare blowout loss, the contrast between Saban’s coaching staff and Dabo Swinney’s has never felt more stark.

DC Brent Venables has stayed in his job since 2012, passing up numerous chances to be a head coach elsewhere. (Venables’ son now plays for him, and he’s so firmly considered a Clemson guy that we barely talk about him leaving for other jobs any more.)

Co-OCs Tony Elliott (eight seasons on staff) and Jeff Scott (11 seasons) have worked their way up the program ladder and hung around, too. So has 11-year tight ends coach Danny Pearman. Offensive line coach and former Vanderbilt head coach Robbie Caldwell’s been around for eight years. QBs coach Brandon Streeter is the newest member of the Clemson offensive staff, having been there for three years. He’d be the longest-tenured assistant on Bama’s staff.

One of Bama’s (also rare) costly recruiting misses even said this factored into him leaving the state for Clemson:

#Clemson WR Justyn Ross on why he became the first top-ranked recruit in the state of Alabama to sign with someone other than #Bama since 2012:

“The stability that Clemson has. They don’t really have coaches leaving in and out like that and learning different stuff every year.” https://t.co/kHpPH6KpT3

If anybody can keep this thing rolling no matter what, it’s Saban.

He’s replaced coordinators nearly annually forever, always has coaches lining up to join his staffs, might have the No. 1 offense in 2019, and has the likely No. 1 recruiting class already inked.

(And at least a couple of these coaches who left were welcome departures anyway, from Saban’s perspective.)

This certainly isn’t an End Of The Dynasty post. Having to replace highly sought talent is among the best problems to have.

It’s still a problem, though.

But even a body as transient as Alabama’s gets to have one constant.