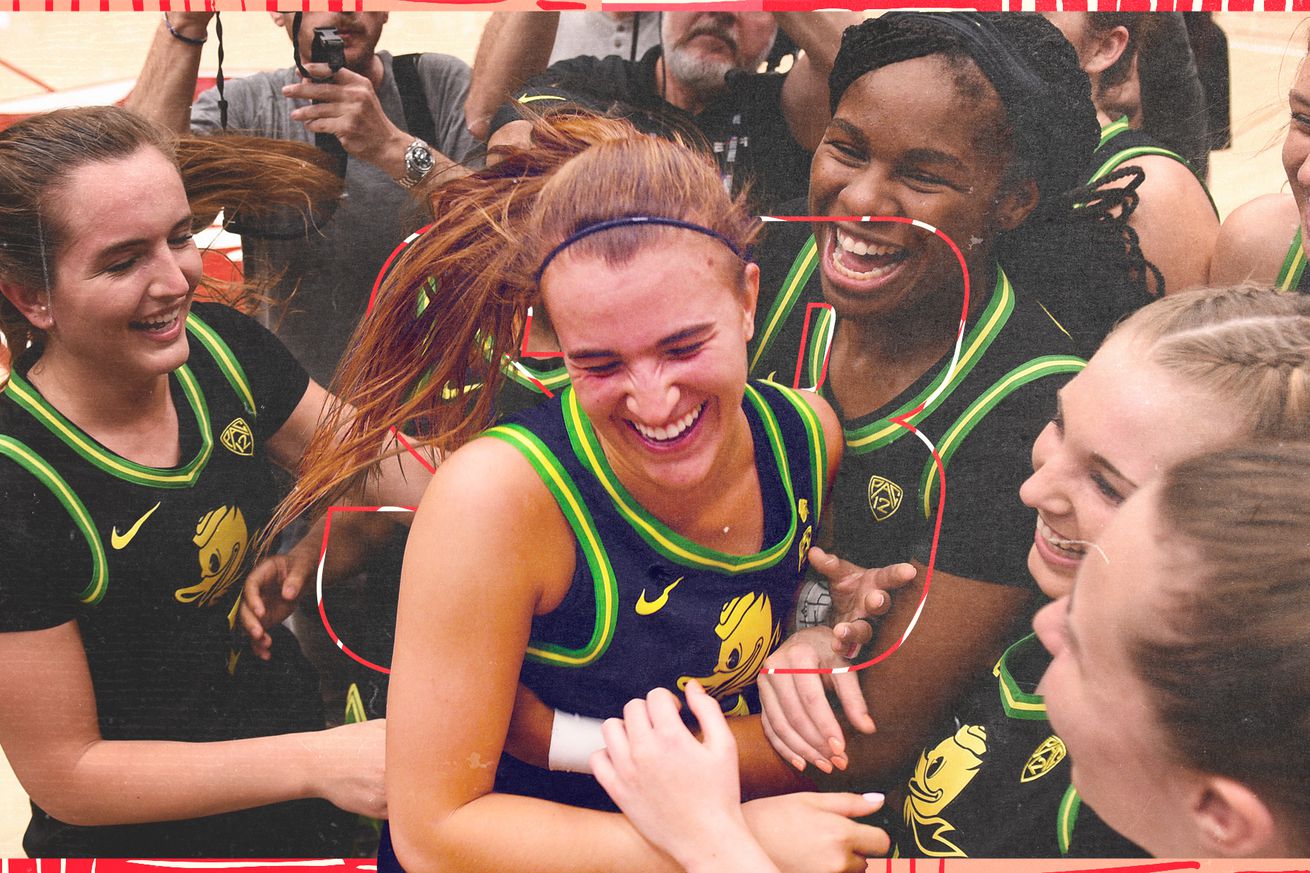 This is what happens when you take women seriously.

Sabrina Ionescu becoming the first Division I player, male or female, to get 2,000 points, 1,000 rebounds and 1,000 assists wasn’t a surprise. Oregon’s triple-double maestro, who has attained that coveted stat-line more than twice as often as anyone else in NCAA history, entered Monday night’s Stanford/Oregon game needing just nine rebounds to reach triple-quadruple status. ESPN created special graphics counting down to when she would hit the milestone; the only variable was when, not if. The way it happened — she snagged her 1,000th rebound on a miss from Stanford’s Hannah Jump that practically landed in her lap — wasn’t even particularly exciting.

The person least surprised was Ionescu herself. She had already decided Feb. 24 — 2/24/20 — would be the day, and so it was. “That one was for him … We talked about it in the preseason,” she said in her postgame interview, alluding to her late friend Kobe Bryant. The date tied together his late daughter Gianna’s number, his number, and Ionescu’s number; she also got her 26th career triple-double — 2 + 24. Ionescu never could have anticipated she would reach that milestone just hours after she spoke at Bryant’s celebration of life (or while she was suffering from a stomach virus). But she powered through anyway, using the tough, emotional circumstances as fuel rather than succumbing to them. The way ballers do, because that’s what Ionescu is: a baller. No asterisk, no addendum.

“It’s pretty amazing to see her set new levels of expectation for what greatness is, not just for women’s basketball but for basketball in general,” Steph Curry said at the game. His comment gets at what makes Ionescu’s accomplishment so meaningful. One of the most amazing things about sports is the concept of the level playing field — the idea that everyone starts from the same place, and gets assessed in the same way, and has equal opportunity to be the best according to the rules of the game. Of course in sports, as in life, most of the fields and courts are a little more uneven than they might seem. But we treasure the times when unlikely triumph demonstrates the value of equal opportunity — of any given Sunday, of the next man up, of the one play that could turn everything around.

Women have had to fight particularly hard for generations just to get on the field, much less find a level one. Ionescu’s success shows what’s possible when women get that chance: she’s pushing everyone to be better from now on. More women playing sports just means more people playing sports, and more people playing sports means more pushing to go farther and faster and higher and stronger. We get to see what happens when more people have the freedom to pursue greatness on their own terms, something that ideally would exist everywhere. It is a little easier to see in sports because those terms — the points, rebounds and assists — are ostensibly impartial. Sports show us what’s possible when women get to be people.

The terms Ionescu chose are basketball’s terms, and she is being acknowledged on them. The nation’s best college basketball player. The nation’s collegiate triple-double leader. She’s forcing people to pay attention, and her firsts and onlys aren’t being manufactured by people who can only understand women doing things one might not expect women to do the moment they crack one of infinite glass ceilings. They are landmarks for people, not “just” women — a victory for anyone who wants their work not to be defined solely by the hurdles they might face. She knew it was coming, just like anyone with eyes can tell that more women will continue to change the way we think about what people are capable of.

Basketball isn’t gendered and, at least for this brief moment, thanks to Ionescu’s historic triumph, we get to think about it that way.