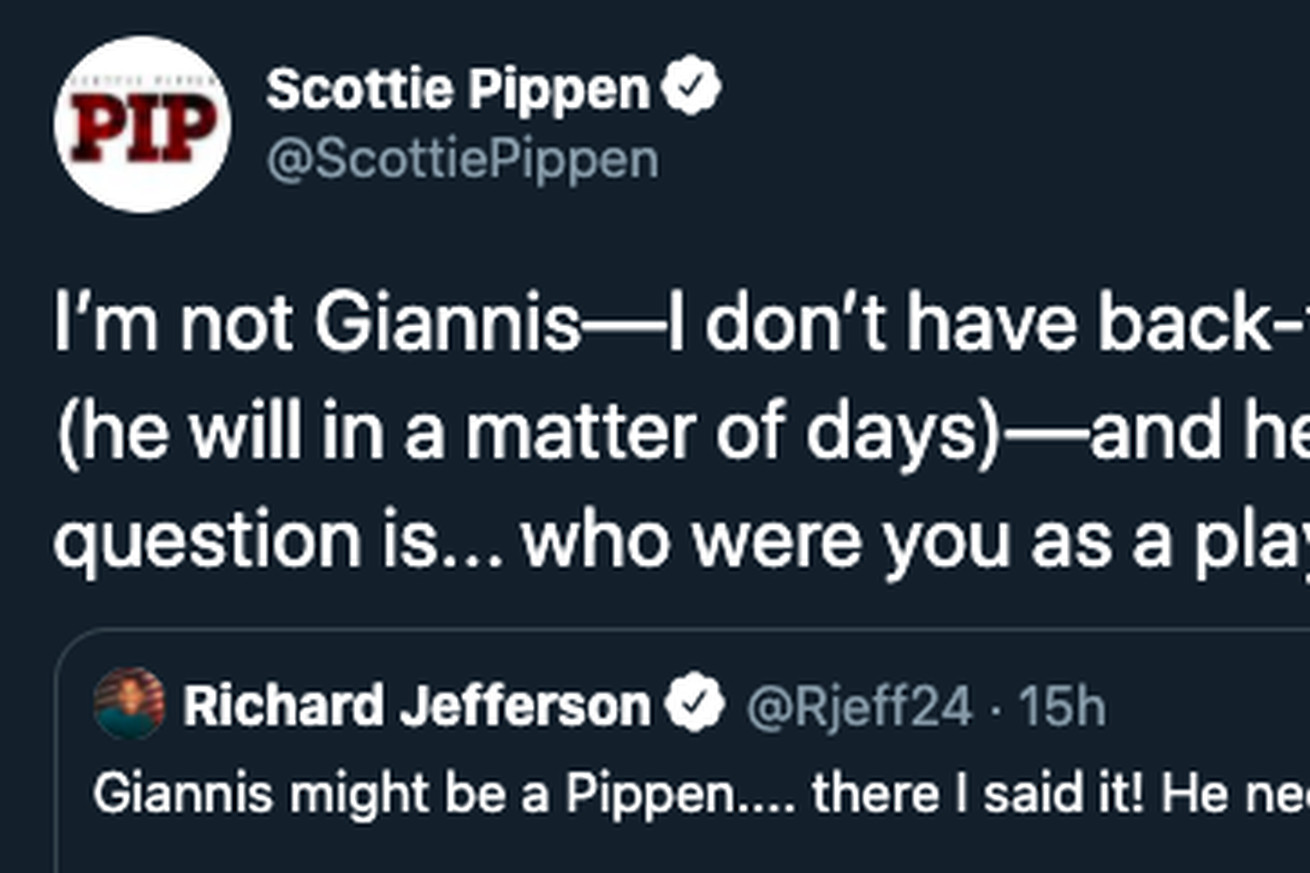 We have some fresh beef in the NBA delivered straight from the farm to Twitter, courtesy of Scottie Pippen. On Wednesday night Richard Jefferson compared Giannis Antetokounmpo to the Bulls’ great, and was met with a big time clap back.

I’m not Giannis—I don’t have back-to-back league MVPs (he will in a matter of days)—and he’s not me. The question is… who were you as a player? https://t.co/Ce6tGU98s3

Look, Jefferson was a good player in his own right — but made the classic mistake of poking fun at someone who excelled in his field at a higher level. Most of the time being compared to Pippen would be fine, but it was the context here. The Bucks are struggling against the Heat, and Giannis’ heroics haven’t been enough to keep the team afloat.

So now, despite his MVP award, and the likelihood another is coming, there are questions whether he’s the next “great one,” or if he needs more superstars around him. This of course will only heat up with a potential free agency departure from Milwaukee in 2021, which will add considerable amounts of gas to this fire.

Until then we can just enjoy Scottie dunking on Jefferson with the same magnitude he showed Patrick Ewing. At least Jefferson took it all in stride.