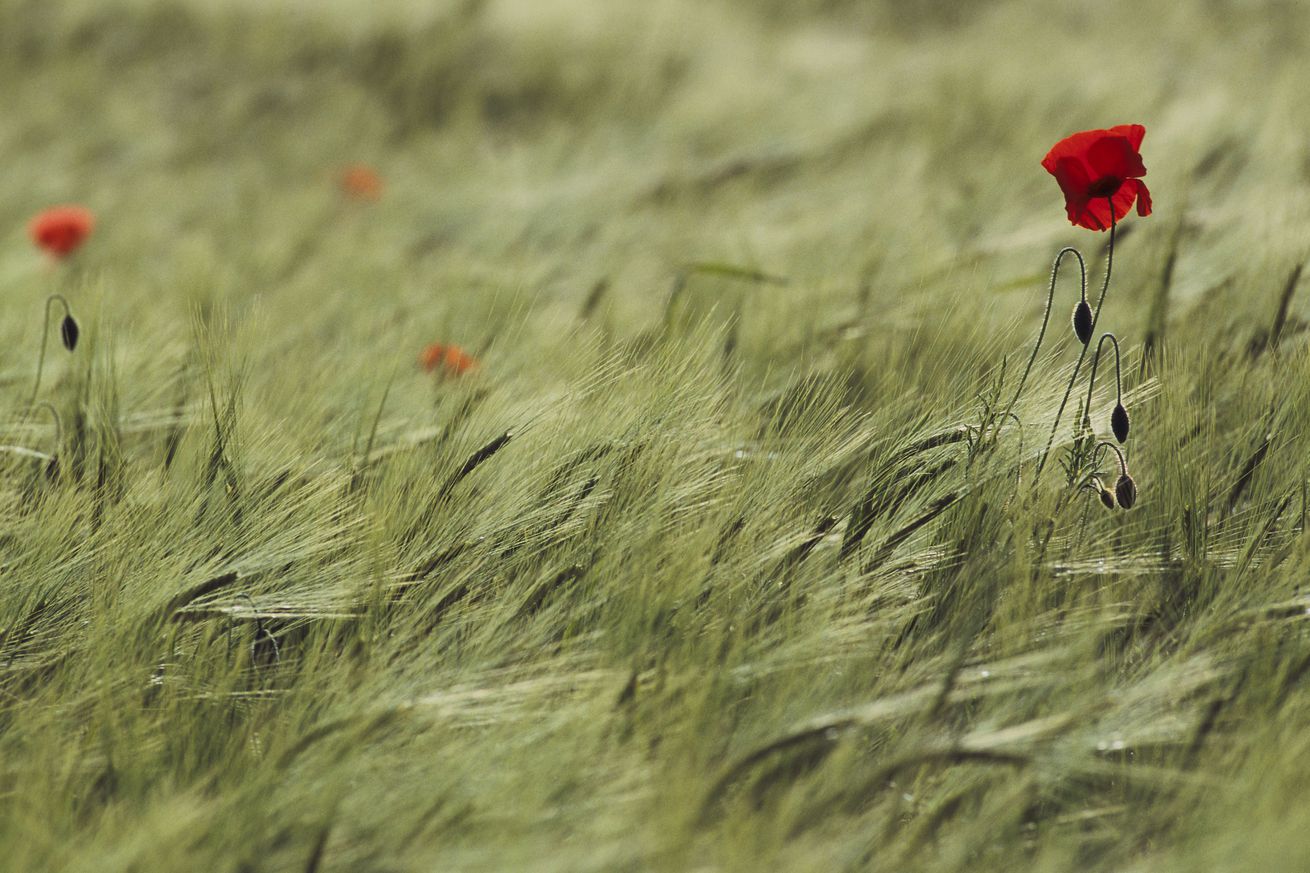 Photo by DOMENS/FASSEUR/Gamma-Rapho via Getty Images

What does it mean to remember the Great War?

In England, poppies abound. They sprout on sports uniforms, labels, coats. Brands make efforts to adorn themselves with the red badge of rememory; prettying themselves up for end-of-year custom. Poppies can be found on the ground, on the walls, on roofs. Dissected by wind and ill-use, they spiral down to earth, vomited up by aircraft engaged for that purpose.

This scarlet pageantry is of course the modern incarnation of Remembrance Day. As a generality, Remembrance Day honors soldiers from across the British Empire who fall in its grim heap of wars, but the fact that it comes on the eleventh day of the eleventh month ties it firmly to the most ghastly conflict in human history: the First World War. I believe the United States has an equivalent in Veteran’s Day.

World War One is impossible to remember in 2020. Indeed, recent history seems intent on warping its memory, attempting to overturn the Empires Stumble Randomly Into A Hive Of Grim Death story of the war and blanching until it becomes an anodyne, meaningless Defense Of Freedom. The coincidence of poppy-wearing and militant nationalism is likewise a perversion. What was once an invitation to contemplate the mass wastage of human life is now an exercise in flamboyant, empty patriotism.

What does it mean to remember in these circumstances? When society is determined to forget, what can the moment of silence which punctuates the Poppy War achieve?

The clearest memories of World War One are in writing. Millions of men served; many of them wrote. Some of them wrote beautifully. This was perhaps the most literate war in history. The soldiers who fought and sometimes died left their impressions in the printers’ kiss; it is they we can turn to if we want to remember the war for what it was.

The undisputed king of World War One novels is of course Erich Maria Remarque, who served with Germany on the Western front during 1917 before being invalidated out with a serious wound. But there are countless others. With Under Fire, Henri Barbusse gave the French infantryman its voice, Friedrich Manning’s Her Privates We (later renamed) did the same for the Tommy. Even Ernest Hemingway contributed his experience on the Italian front as a volunteer.

At any rate I prefer the poets. For one thing, I just happen to like poetry. For another, their short bursts of sense and illumination strike me as more akin to memory than the intricate scaffolding of the novel. The best of the war poems, I think, comes from Wilfried Owen’s snarl at Horace:

Bent double, like old beggars under sacks,
Knock-kneed, coughing like hags, we cursed through sludge,
Till on the haunting flares we turned our backs,
And towards our distant rest began to trudge.
Men marched asleep. Many had lost their boots,
But limped on, blood-shod. All went lame; all blind;
Drunk with fatigue; deaf even to the hoots
Of gas-shells dropping softly behind.

Gas! GAS! Quick, boys!—An ecstasy of fumbling
Fitting the clumsy helmets just in time,
But someone still was yelling out and stumbling
And flound’ring like a man in fire or lime.—
Dim through the misty panes and thick green light,
As under a green sea, I saw him drowning.

In all my dreams before my helpless sight,
He plunges at me, guttering, choking, drowning.

If in some smothering dreams, you too could pace
Behind the wagon that we flung him in,
And watch the white eyes writhing in his face,
His hanging face, like a devil’s sick of sin;
If you could hear, at every jolt, the blood
Come gargling from the froth-corrupted lungs,
Obscene as cancer, bitter as the cud
Of vile, incurable sores on innocent tongues,—
My friend, you would not tell with such high zest
To children ardent for some desperate glory,
The old Lie: Dulce et decorum est
Pro patria mori.

(Owen insisted on returning to the front after recovering from a wound, and died in 1918.)

The work I most often return to, however, is David Jones’ In Parenthesis, a novel-length prose poems detailing the artist’s impressions of the war, from embarkment in Britain to his injury in Mametz Wood at the Somme. Jones spent almost two decades chiseling his work from memory into words, and the result is astonishing.

T.S. Eliot suggested that In Parenthesis was one of the great works of the 20th century, and while I’d love to fight Eliot, he’s right. Jones’s artistry and ability to transmit impression is almost beyond belief. Take the pseudo-autobiographical Private Ball’s first encounter with German artillery:

He stood alone on the stones, his mess-tin spilled at his feet. Out of the vortex, rifling the air it came — bright, brass-shod, Pandoran; with all-filling screaming the howling crescendo’s up-piling snapt. The universal world, breath held, one half-second, a bludgeoned stillness. Then the pent violence released a consummation of all burstings-out; all sudden up-rendings and rivings-through — all taking out of vents — all barrier-breaking — all unmaking. Pernitric begetting — the dissolving and splitting of solid things. In which unearthing aftermath, John Ball picked up his mess-tin and hurried within [the barn]; ashen, huddled, waited in the dismal straw.

This jumbled clatter of sounds and impressions strike me as fundamentally true to shelling in a way a more structured retelling could never be. For the men who fought in it, from the German conscripts to the coolies behind the Allied lines, the First World War was a tempest upon which they just had to ride, mercurially dispensing death and pain.

Jones isn’t just concerned with capturing the feeling of being in war. He also weaves in the heroic tradition of war, from the Iliad to the Welsh Mabinogion. Because despite this war being a mechanization of destruction, a pointless waste of people’s lives, it was found by little communities, and those communities have a meaning that resonates both now and through the past.

There’s no white-washing here, no glorification. The quiet heroism of these men ends where you’d expect, in mud and guts in Mametz Wood; here Jones was injured in real life as two great armies squabbled over a few square yards of churned ex-terrain in north-east France. What this is, however, is memory.

Jones named his book In Parenthesis because in writing it he was inhabiting a space in-between … he doesn’t know quite what, actually. But what he does know is that the Great War was a parenthesis in men’s lives, splicing them away from their reality into a morbid, terrifying dream. He remembered.