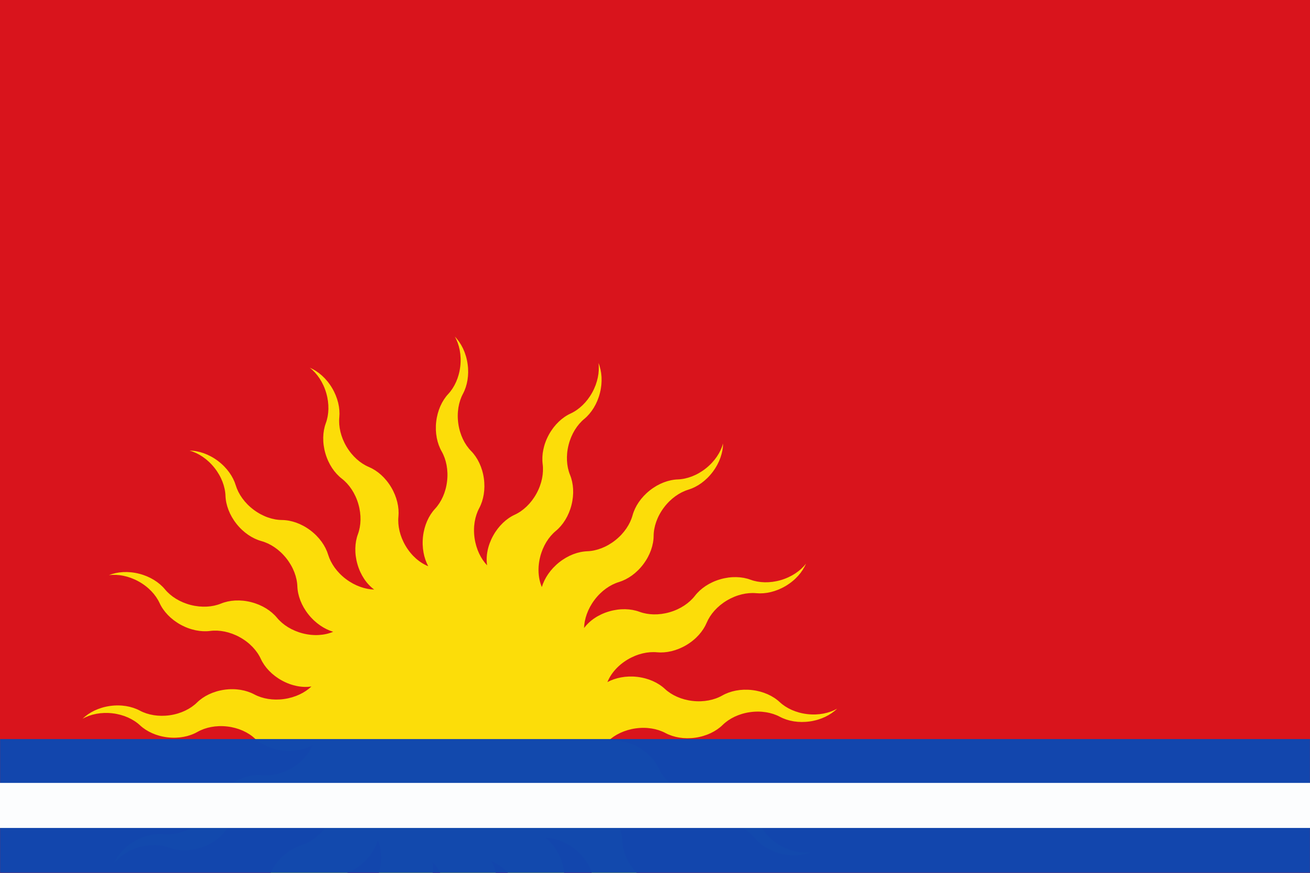 A colonial venture so inept that the perpetrating country ended up getting taken over by someone else.

[I]t may be doubted whether, even now, after the lapse of more than a century and a half, feelings hardly compatible with temperate examination will not be stirred up in many minds by the name of Darien. In truth that name is associated with calamities so cruel that the recollection of them may not unnaturally disturb the equipoise even of a fair and sedate mind.

I’m not much of a historian, but I (pretend to) have a well-tuned sense of tragicomedy. That sense went into overdrive when I read Thomas Babbington MacCauley’s introduction to one of the most bizarre and ill-conceived episodes in history: the Darien scheme.

The late 17th century was a strange age for European colonialism. The New World had been parcelled up long before; the Scramble for Africa was still centuries away. Foreign expeditions were fragile things, highly vulnerable to disease, logistical mishaps and war. It was clear, however, that colonies could be forced to yield up enormous wealth.

One country in desperate need of enormous wealth? Scotland. The crowns of Scotland and England had been united in the person of James I for generations, but there was as yet no real political union. What there was on this ‘sterile crag’ was a mess: Minor civil wars, climate-induced famines, declining trade and industry, a capital-M Massacre at Glencoe. The government was more or less broke and the overall population wasn’t much better off. They cast around for a magic bullet, and they eventually settled on … this:

Ok, so a settlement in Panama wasn’t the Scottish Government’s first choice. The Company of Scotland was chartered with the intent to trade in “Africa and the Indies.” The problem? England, of course. The East India Company had exactly zero interest in enabling the growth of a Scottish competitor, and contrived to block funding for any such project from south of the border.

A trimmed down mission — it was now the Company of Scotland for Trading to Africa — still managed to raise a significant amount of cash, despite the population being broke. £400,000 was invested in a matter of weeks. That might not sound like a lot now, but the total amount of capital in Scotland at the time is estimated as on the order of £2,000,000. In other words, 20 percent of the available money in the whole country was marked for this project.

When one fifth of an entire country’s capital is invested in a scheme, one would expect that said scheme wouldn’t immediately change in every detail. But that reckons without my good and dear friend William Paterson. Paterson was one of the most influential men of the age, a slave-trading (ergo shithead) co-founder of the Bank of England. Here’s what MacCauley has to say about him:

The great projector was the idol of the whole nation. Men spoke to him with more profound respect than to the Lord High Commissioner. His antechamber was crowded with solicitors desirous to catch some drops of that golden shower [ed: lmao] of which he was supposed to be the dispenser … His countenance, his voice, his gestures, indicated boundless self-importance. When he appeared in public he looked — such is the language of one who probably had often seen him — like Atlas conscious that a world was on his shoulders. But the airs which he gave himself only heightened the respect and admiration which he inspired. His demeanour was regarded as a model. Scotchmen who wished to be thought wise looked as like Paterson as they could.

When Paterson had viable ideas, such as founding banks and kidnapping random Africans for a hellish life in the colonies, this level of blind admiration was, perhaps, fine (as long as you weren’t, you know, one of the thousands of people he helped enslave). Slightly odd, but fine. But blind admiration was about to lead Paterson’s admirers blundering madly into the Darien Scheme.

The English and Dutch controlled the route to the East Indies. In Paterson’s day, that involved a long trip down Africa’s Atlantic coast, around the Cape of Good Hope and up through the Indian Ocean. But a simple look at the map gave another possibility: go west.

This was, of course, what Christopher Columbus was attempting to achieve when he stumbled upon the Americas in 1492 and launched a chain of events that virtually annihilated the human populations of two whole continents. By 1698, the geography was far better known. Weathering Cape Horn from the Atlantic was a nightmarish venture, which ruled out a purely oceanic route west from Europe to the East Indies.

Paterson’s mega-brain realised, however, that a route need not be purely oceanic. The Isthmus of Darien (you know it as Panama), for some reason not yet properly colonised by the Spanish, was narrow enough to transport goods overland. If rival powers controlled the eastern route, Scotland’s response, the strategic thrust which would reverse their economic misfortune, must be to forge a western one. They would colonise Darien.

Strategically, this was a brilliant, visionary idea, which would eventually result in the Panama Canal, one of the key trade arteries of modernity. But strategy does not exist in the abstract, divorced from opportunity and operational constraints. If you are, say, Charles Maurice de Talleyrand-Périgord, attempting to prop up Austria and Poland as a bulwark against possible Russian aggression makes a great deal of strategic sense. If you are, say, me, it would not.

Paterson was convinced that Spain hadn’t touched the isthmus because they were blind to the possibilities of global trade, instead obsessing over relieving their possessions of material wealth. Darien, he insisted, was perfect:

[The harbours], he averred, were capacious and secure: the sea swarmed with turtle: the country was so mountainous that, within nine degrees of the equator, the climate was temperate; and yet the inequalities of the ground offered no impediment to the conveyance of goods. Nothing would be easier than to construct roads along which a string of mules or a wheeled carriage might in the course of a day pass from sea to sea. The soil was, to a depth of several feet, a rich black mould, on which a profusion of valuable herbs and fruits grew spontaneously … the isthmus was a paradise.

Scotland threw itself into Paterson’s scheme in a sort of mania. July 1698 saw five ships outfitted and sent to the Caribbean with twelve hundred colonists (and several more desperate stowaways) aboard. It took them four months to cross the Atlantic and make landfall off what they christened the land of ‘Caledonia.’ The Company of Scotland’s rising sun had a home.

All appeared to be going well. The colonists entrenched themselves on the peninsula of New Edinburgh, building a town, fortress and watchtower. The natives, enemies of Spain, happy to encourage any rival power, supplied the new arrivals with food. Letters sent home talked of plentiful provisions, a healthy climate and the unexpected discovery of gold mines in the interior. In August 1699 four more ships were dispatched to join burgeoning colony.

They couldn’t find it.

The Darien Scheme had been doomed from the outset. While Spain didn’t have an active presence on the isthmus, it controlled the area and was totally unwilling to tolerate a foreign presence threatening its colonial wealth. The Dutch and English, meanwhile, were totally unwilling to provoke the Spanish in support of an enterprise that was actually aimed at themselves. The colonists had to face the Spanish response alone.

Meanwhile, the reports of New Edinburgh’s paradisical qualities had been vastly overstated. The anchorage in the Bay of Caledonia was nowhere near as good as had been reported. There was not enough food, and what little there was didn’t agree with the colonists. Natives of the actual Caledonia suffered in the tropical heat and perished daily from malaria. The letters home were an exercise in denial and misdirection. The colony had failed with great loss of life, and the survivors had evacuated to the English colonies in North America.

All of this came as a surprise to the ships sent to join New Edinburgh. Eventually the reinforcements discovered the ruins of those who’d gone before them, rebuilding as best they could. Since this expedition was intended to resupply an existing colony rather than creating a whole new one, they were not equipped to do so, leaving New New Edinburgh even worse off than it was before. Everyone had a pretty bad time.

And then the Spanish showed up.

In Charles II’s opinion, which counted for a bit, the isthmus was rather less available than Paterson and his hangers-on had believed. Spain had been in possession of Darien for hundreds of years. It was from the isthmus that the Pacific had first been sighted, in 1513. The reason that there wasn’t an actual colony there is because it was a malaria-ridden hellhole which would almost certainly kill any European stupid enough to try living there.

Just to make sure, though, the Empire sent 11 ships and a whole army to stamp out the scheme once and for all. The besieged, succumbing to the same afflictions which had wiped out the first wave of colonists, had no strength or stomach for a fight. They opted to surrender. Here one more problem manifested itself: despite the aim of planting a colony in the heart of Spanish America, nobody involve thought it would be a good idea to bring along a Spanish speaker.

The Darien Scheme was dissolved as it deserved, in broken and barely comprehensible Latin, against a background of farce and death. The fallout of the collapse was so severe that within ten years Scotland had been forced to acquiesce to the Act of Union, joining itself to England to form the United Kingdom. In partnership with their new colleagues, they got more competent at the whole ‘colonialism’ thing.