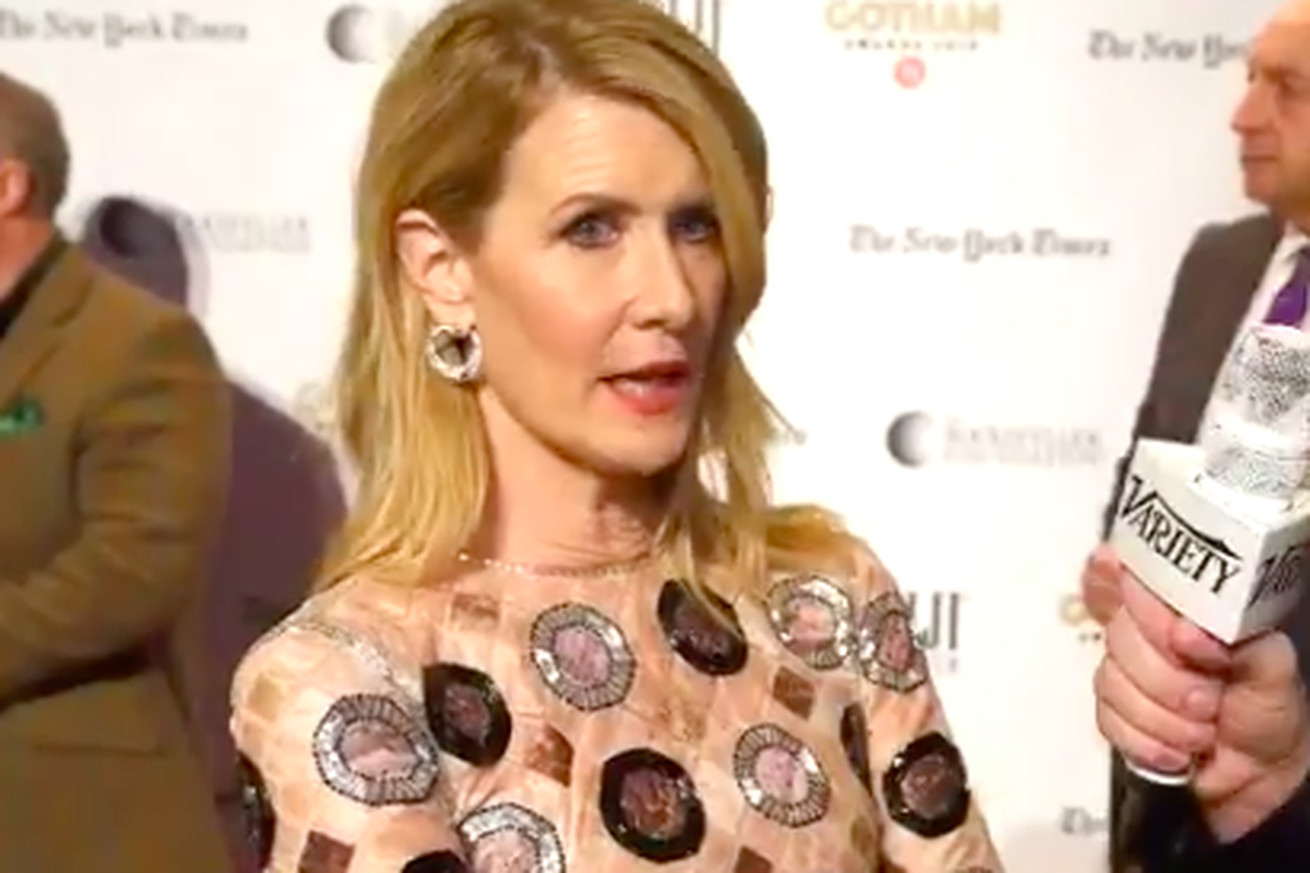 The truth is out there.

Laura Dern says that she saw #BabyYoda at a basketball game: “That’s all I’m going to say” pic.twitter.com/i87ves5tn4

Dern says that not only did she see Baby Yoda as a basketball game “just today.” Being an infallible font of knowledge we must take this information to be true, and her attempted cover up of Baby Yoda’s whereabouts prove that this conspiracy goes all the way to the top.

Information of Baby Yoda’s presence dropped shortly before 8 PM on the red carpet of the Gotham Awards, which took place in New York City starting at 7:30 p.m. It’s here where we can narrow down Baby Yoda’s whereabouts.

There was no Knicks or Nets game in New York on Monday night, which rules out the possibility of an NYC-based Baby Yoda. The NBA schedule on Monday only contained three potential games where Dern could have spotted Baby Yoda, and still have time to make it back to Manhattan for the awards.

Of these three we can immediately eliminate Warriors at Hawks. The game did not tip off until 7:30 p.m., making it impossible for Dern to see Baby Yoda and make it back in time. To this same end the likelihood of Suns at Hornets is difficult as well, largely because of travel time from Charlotte to New York, even considering the 7 p.m. start time.

It’s wholly plausible that Dern could have seen Baby Yoda shortly before 7 p.m., then, likely stunned by the visual, quickly left the arena to a waiting helicopter to take her to Manhattan. A quick search on the internet tells me that helicopter rides for the rich and famous from Philly to New York take 45 minutes.

What exactly happened to Laura Dern on Monday night?

Laura Dern, weary of the upcoming award season, decided to give herself a break before needing to be on show. She was in Philadelphia, and the opportunity to see a Sixers game was too great to pass up.

Dern arrived ahead of the game, prepared to enjoy the delights only a private box can offer. Then, opera binoculars in hand, she spied something that could stun even an award-winning actress who has starred alongside dinosaurs.

Baby Yoda was hiding under the seats of the visiting team. Few had the proper vantage to see him lurking in the shadows. Small box of popcorn in hand, Baby Yoda prepared to watch the game in peace.

Shocked by the visual Dern fled. She left the arena to a waiting helicopter and begged for it to take her to New York post-haste. Dern needed to warn the Hollywood elite immediately that not only was Baby Yoda loose, but he was in Philadelphia watching a basketball game.

And that’s how I am 100 percent sure Laura Dern saw Baby Yoda on Monday night.