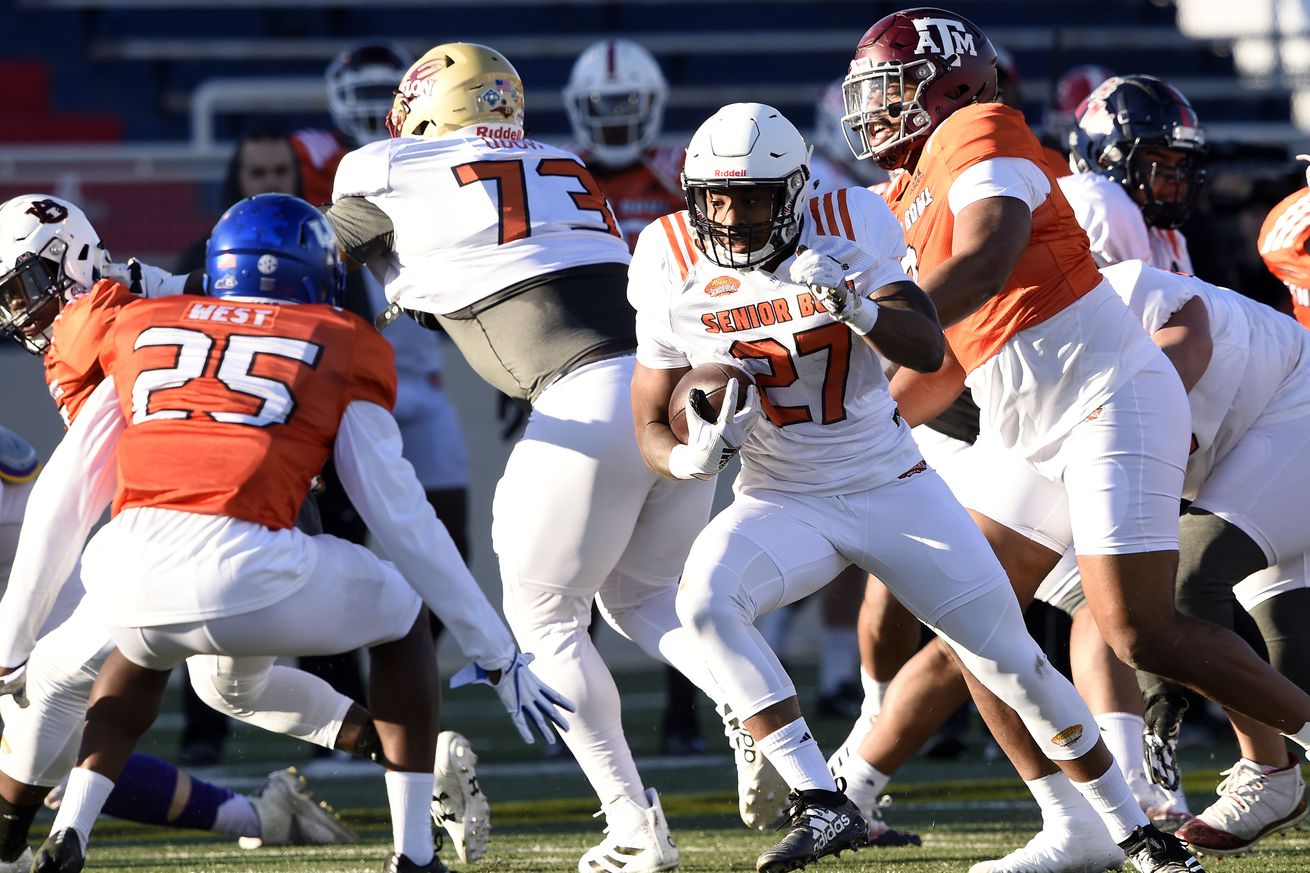 Who will put together the performance that boosts a Day 3 prospect into the first round?

Oakland Raiders head coach Jon Gruden will lead the North team into exhibition game battle (so, the opposite of a battle) against San Francisco 49ers head coach Kyle Shanahan’s South team as some of the world’s top prospects take the field. A smattering of potential first round picks have worked all week to impress scouts in practice, and now they’ll get the opportunity to shine as college athletes one last time before the Draft Combine season drops into full gear.

That includes a handful of quarterbacks who will be working to wiggle past Dwayne Haskins and Kyler Murray to be the first passer selected in 2019. Duke’s Daniel Jones, recipient of approximately 4,000 comparisons to Peyton Manning since November, will be there. So will prolific Missouri quarterback Drew Lock, who threw for 99 touchdowns and more than 12,000 yards with the Tigers. And 6’7 signal caller Tyree Jackson will be working to make himself the first first-rounder out of Buffalo since little-known linebacker Khalil Mack.

There are plenty of stars from Power 5 programs and FCS teams alike. Bowl game standbys like Deebo Samuel and Will Grier will take the field with teammates from schools like New Mexico State, Slippery Rock, and Charleston. This year’s participants include the FBS’s leading receiver (UMass’s Andy Isabella), its sack leader (Louisiana Tech’s Jaylon Ferguson), and its second-most prolific kicker (LSU’s Cole Tracy).

They’ll have the chance to prove that talent will scale up to football’s highest level while working with a handful of pro coaches. The outcome of Saturday’s game is merely a side dish to the main course of highlight-reel plays and scouts observations. So who will rise up and cement their place in the first round of the 2019 NFL Draft?

Time of year when small school guys get to show they can compete on the big stage. This is 320-pound, Western Illinois DT Khalen Saunders (@khalenNOTkaylen), who is heading to the Senior Bowl next week. Backflips at his size…. pic.twitter.com/s6QjAkA3zO

(helpfully arranged by the good folks at the Indianapolis Colts)