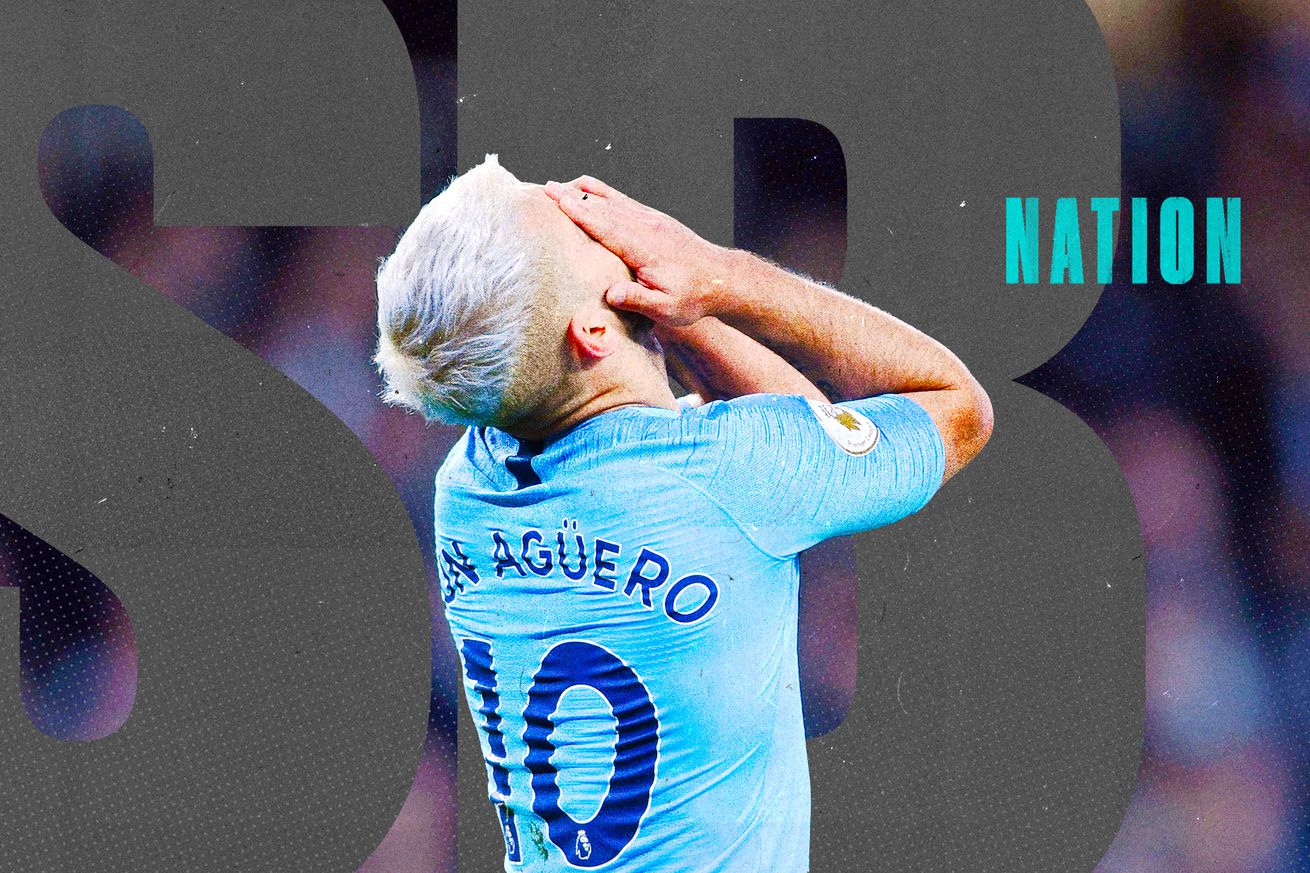 City’s star striker turned what could have been a thrilling final day of the Premier League into what has become customary domination.

It’s not that Aguero always scores in those critical moments; that feeling of certainty isn’t entirely logical. We all have ideas of what players are, ideas that can be close to reality but are often shaded by particular moments or discussions about a player. But Aguero’s inevitability is earned, starting in 2012 when he scored the winning goal on the last day of the season to give City their fire Premier League title. A goal that has become his lasting image at the club.

From then, he has had a litany of clutch moments. There was the goal from a near-impossible angle against Norwich in 2017 that put City up by two goals when they were down to ten men. An equalizing goal against Liverpool in February of 2013. The 78th-minute winner against Manchester United in April of 2013 after coming on as a substitute, putting City back in the title chase. The two goals against Chelsea in the Community Shield Cup at the beginning of 2018.

This season, just two games before City’s last game against Brighton, he scored the only goal against Burnley after Burnley frustrated City for most of the game. The goal made sure that City kept control of their destiny, and Liverpool remained chasers.

I watched the game against Brighton with a friend who was rooting for Liverpool to win the title. That hope was highly improbable, but football has a knack for being chaotic. Only one point separated the two teams, and all Liverpool needed was to win their game against Wolves and for City to either draw or lose.

Things started well enough for Liverpool. Sadio Mane scored in the 17th minute. Against City, Brighton was defending as deep as possible and hoofing the ball clear whenever they could.

Then, in the 27th minute, Brighton won a cross during one of the few times they had an attack in City’s half. Glenn Murray got in front of Ederson at the near post to head in the corner by Pascal Gross, and Brighton and Liverpool fans celebrated in tandem. My friend jumped up from his seat, shrieked, and ran around the room with his arms in the air. The goal meant that City needed at least two, which wouldn’t normally seem so daunting, but they had won three of their last four games with 1-0 scorelines. Brighton and Liverpool were in great position.

Before the possibility of winning the title could settle in the minds of Liverpool fans, or the fear of losing could make City lose their composure, a David Silva flicked pass found Aguero on the left side of Brighton’s box, and City’s greatest forward ever put the ball between the legs of the keeper.

Aguero’s goal emboldened City to push harder for a result, and a few minutes after his goal, Aymeric Laporte scored a header to put them up 2-1. After the half, City scored two more goals. What was on its way to becoming a chaotic last day was refashioned into a boring conclusion.

The victory might not have been as exciting as City’s 2012 title win, but it reinforced the gravity of Aguero. In 2012, his goal was a surprise and a signal of the start of a new era when City would be the dominant force in the Premier League. In the time since then, Aguero has proven he is one of the deadliest players in the world.

His goal against Brighton, rather than being a surprise, had the calming effect of reinforced order in the world. Of course City won the title; they’re the strongest team. And of course it was Aguero who propelled them to it; he’s the best striker in the league.