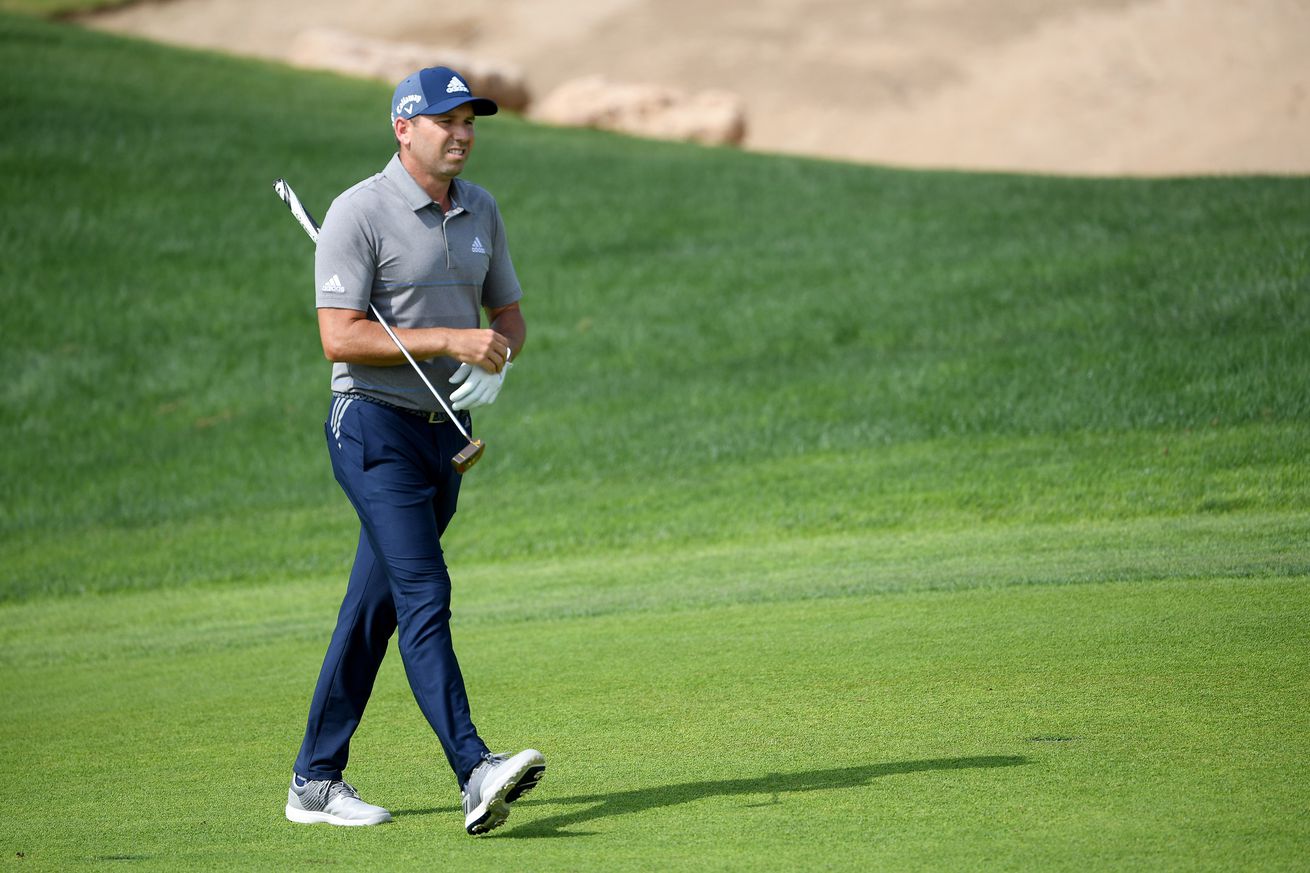 Sergio seems to have had what we’d call an Extremely Normal One at a bad event now making more headlines for bad reasons.

The Saudi International, a very terrible and problematic golf event where top players were paid millions to show up and be de facto PR flaks for a terrible regime, is going on this week in Saudi Arabia. That shouldn’t be happening, but now we’re getting headlines on Saturday morning from the event for a very different reason.

Sergio Garcia has been disqualified from the event for, uh, intentionally damaging reportedly as many as five greens on the golf course. That’s an extremely bizarre sentence to write, even for Sergio, but yes, it’s real, it actually happened.

There’s no video from the series of incidents yet, but we’ll try to piece together what we know and how the heck we got here.

The event’s being played on a brand new golf course, and the greens have reportedly been a problem all week.

The Saudi International is a brand new (again: bad) event being played on a sparkling new Royal Greens golf course that just opened in 2018 in King Abdullah Economic City. Due to the obvious problem of, uh, building a golf course in a desert, agronomists involved have tried Paspalum grasses on the greens. It’s a different type of of blend than the typical bentgrass, bermuda, or even poa annua that most players are used to.

On top of that, it takes normal greens quite a while to seed-in and settle to roll what players would refer to as “true” — or meaning they react as you’d expect if you’re making the correct reads. On top of that, you generally can’t cut down new greens as low as you’d take the mowers on more established ones — so they’re likely a bit fuzzier this week, too. Players like Dustin Johnson and Brooks Koepka have all said as much.

So yes, some complaints about the greens are probably valid. The normal way to react to this would be a few harsh words in a press conference, or, I don’t know, not playing the event altogether. But!

Ah, hmm, yeah, Sergio Garcia is an absolute lunatic and the brainworms are back

At now 39, we’d thought Sergio had maybe passed up some of his antics of yesteryear. After all, he finally won his major at the Masters, got married, and witnessed the birth of his young daughter. This is mature, seasoned Sergio now! He’s likeable and learned from his past transgressions!

Sergio’s had a long list of antics on and off the course. There was the spitting-in-the-cup incident at Doral. His sore-loser-stuff after dropping the 2007 British Open to Padraig Harrington. The whole debacle at the 2013 Players, where Sergio accused Tiger of intentionally getting clubs out of his bag during his backswing. That had all seemed to be behind El Nino! Until, uh, today.

The DQ comes under Rule 1.2 under the new-for-2019 rules, which permits disqualification for acts of “serious misconduct.” Damaging up to five greens with your clubs would assuredly qualify, and Sergio isn’t disputing the decision.

“I respect the decision of my disqualification,” he said in a statement. “In frustration, I damaged some greens, for which I apologize for, and have informed my fellow players it will never happen again.”

There’s no video yet, but there is this clip from today’s round — one of a cell phone ringing inside the ropes from likely a volunteer or press member during Sergio’s backswing.

Can’t find footage of Sergio going berserk on the greens, but there is …. uh… this pic.twitter.com/7AAXWol8gA

So, where do we go from here? Should I be mad? BAN SERGIO FOR LIFE?

How should you react to all this? Hell, I don’t know. The normal-brained take would say that Sergio is a nutcase, you can’t damage greens during a professional golf event, come on dude. A galaxy-brained counterpoint would say that the rules and norms that govern golf are stupid AND the Saudi International is a terrible bad event supporting a terrible bad regime, therefore damaging greens during the event is actually praxis and Sergio should be hailed as our comrade.

Alright, alright, fine. Regardless of who’s running the event, you can’t go full Happy-Gilmore-on-The-Clown on putting surfaces at professional golf tournaments! I’ll be surprised if we don’t see a fine, or even a short Euro Tour suspension for Sergio. That might be toothless if the PGA Tour doesn’t back it as well, however, as his traditional schedule generally swings to the States starting next week at Riviera.

All in all, you’re probably having a better Saturday morning than Sergio.