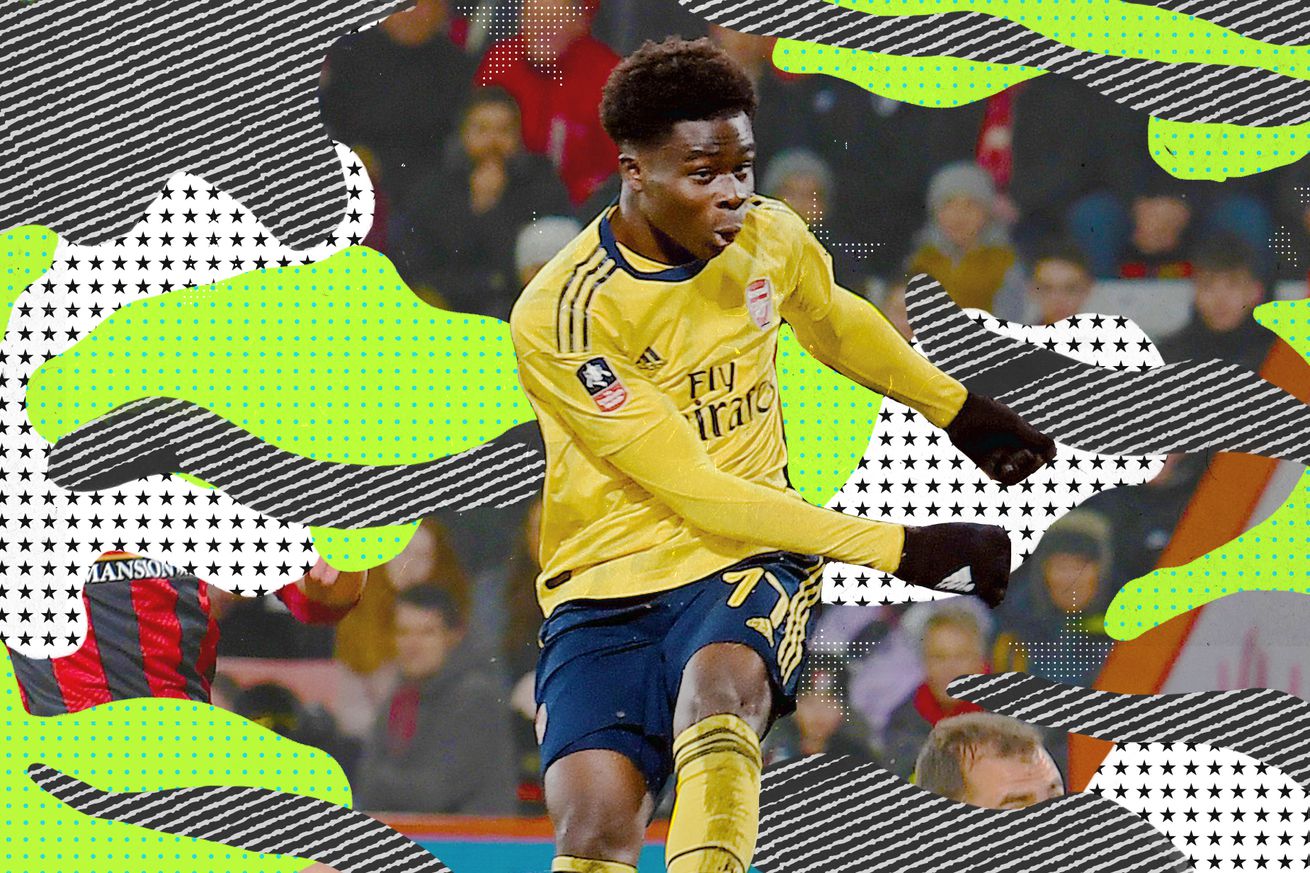 On Bukayo Saka, Sergio Aguero and the sheer audacity of shooting at the near post.

Bukayo Saka scored the first of Arsenal’s two goals against Bournemouth in the FA Cup on Monday.

It started as Joe Willock drove the ball to the top of the box before passing to Gabriel Martinelli on the left. Martinelli then put the ball into the path of Saka, who was overlapping. Saka then took a touch forward, tightening his angle to the goal, but suddenly unleashed a vicious shot that grazed off the underside of the bar before going in.

The goalkeeper was taken completely by surprise.

Saka’s shot attempt, hard and high at the near-post, is typically ill-advised, but it’s also the type of finish that great players like Sergio Aguero have come to master. In fact, that’s exactly how Aguero scored the third of his record-breaking hat-trick goals against Aston Villa on Jan. 20.

The reason the finish works is because it’s normally a bad shot. At those tight angles, the sensible action is to try to put the ball across the keeper, or to pass to the center where there’s a better chance a teammate can put a shot on target. A missed hard and high shot can sail embarrassingly into the crowd. The opening for a goal is the minuscule space between the keeper’s head and arms, and the top of the bar. Aiming for that space is incredibly ambitious.

But because of the fact it is a “bad” shot, keepers don’t prepare themselves for the high and hard finish at the near post. Every time Aguero goes for it, and he has done so often, keepers react late and flail about after the goal has been scored. They’re often caught in a crouched position, anticipating a sensible action by the forward. Then all of a sudden, the ball is past their heads.

One would think after watching Aguero finish that shot so often, keepers would be more aware of it. But the power of the shot is that keepers can’t prepare for it. Trying to stop it would mean compromising all the other potential ways they can be beat — the sensible actions. They have no choice but to accept the risk.

Not many players can score from those angles. If Saka attempted his shot 10 times, most of them would miss or get stopped by the keeper. The fun of the hard and high shot is it is a dare. The keeper gives up that small window to block all others, knowing there’s little chance their opponent will try it, and an even smaller chance they will make it. Then, every once in a while, someone like Saka or Aguero will come along and punish them for being so reasonable.