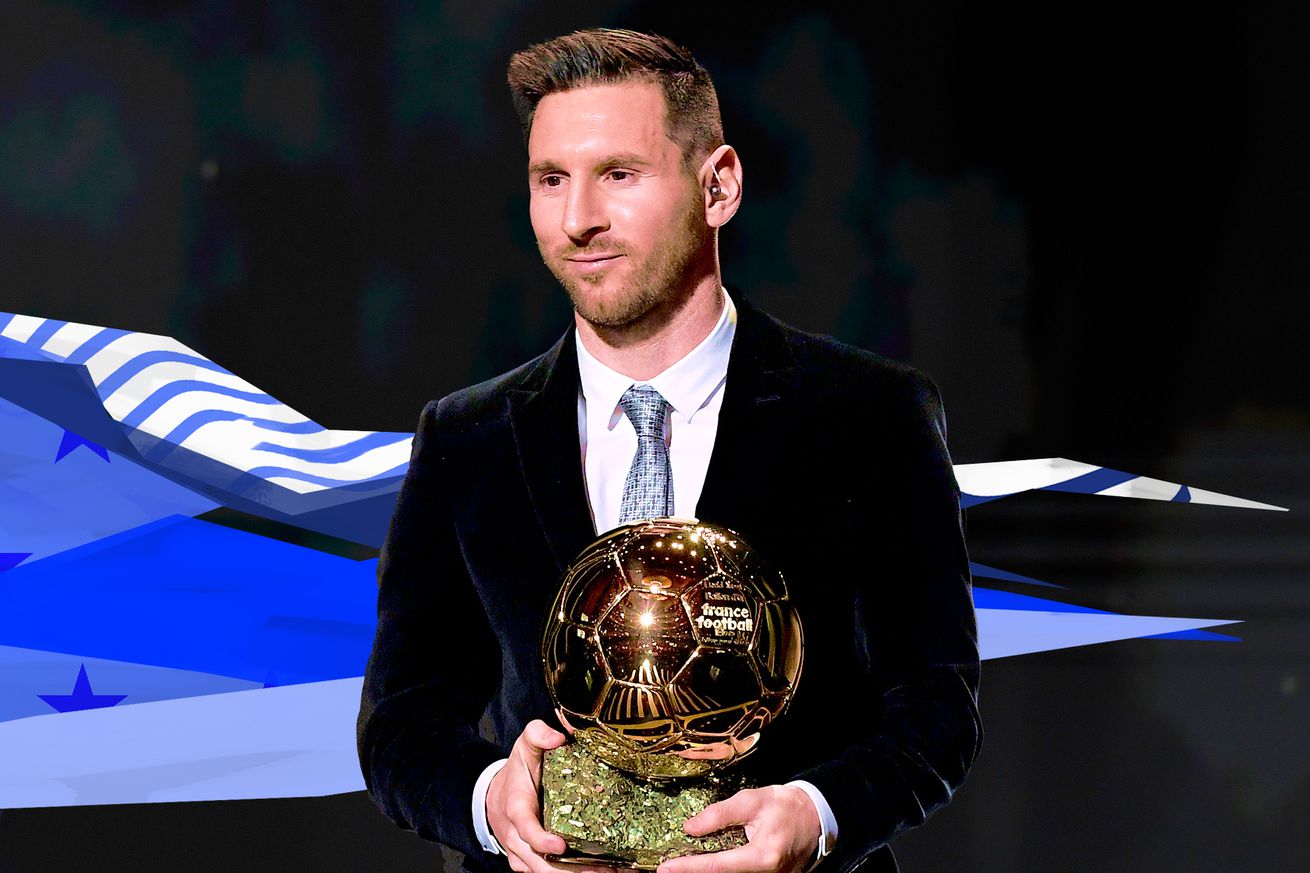 If you have an issue with the way soccer awards work, you’ll have to wait until Lionel Messi retires.

Breaking News: Lionel Messi is the best footballer in the world

Last night, the football world had one of those weird award ceremonies for individuals. You know, the ones where they take a complex system made of multiple parts and try to work out which of the interrelated, utterly co-dependent parts is the best. For some reason.

The answer they came up with, on the men’s side of things, was Lionel Messi. Which is fair enough. If there’s ever been an obvious answer to the question of best individual in a team game, it’s him.

Except this time, Messi only won by a handful of points. You don’t have to look far to find people suggesting that the runner-up, Liverpool’s Virgil Van Dijk, should have taken the Balloon. Some of those people aren’t even Liverpool fans. And they have a decent case: Van Dijk was pretty immense as Liverpool battered their way to the Champions League title, a run that included the humiliation of Barcelona on the way.

But, you know. Messi. Sure, he and his got booted out of the Champions League in risible and embarrassing fashion. But he also scored 36 goals as Barcelona won their league by 11 points. And he scored 12 goals in the Champions League. Those are both ridiculous things to have done, made no less ridiculous by the fact that he’s done them before.

Obviously, the good thing about individual awards in team games is that they’re so odd, so inherently silly, that you can basically define them however you like. Who had the best season relative to any other they’ve had previously? Who would you pick first in the playground? Who d’you reckon gives the best hug?

(The answers there, obviously, are Van Dijk, Messi, and big Hank Maguire. Mmm. Snuggly. We will not be taking questions.)

But then, Messi is so cartoonishly good at all the very best parts of football — dribbling past people, scoring goals, direct free-kicks, scoring goals, humiliating Real Madrid players, scoring goals — that it’s hard to entertain other forms of excellence. Did a good tackle, did you? That’s nice. This lad’s just skinned Sergio Ramos fourteen times and then backheeled it over the line.

At least, it’s hard to entertain alternatives without making a special, conscious effort to think differently about genius. Perhaps to overthink. Nobody ever got fired for buying Messi.

Perhaps the Best FIFA Player Award should be used to honour the best player on the planet, generally speaking, and then we can reserve the Ballon d’Or as a kind of Biggest, Noisiest, Splashiest Season prize. Cover both the chin-stroking big picture and the shiny stuff. Surely one of FIFA and France Football will be happy to adjust their criteria.

Alternatively, we can just wait a couple of years, and then Messi will be safely retired and the silly business of individual awards can become more scattershot again. Although it’s probably fair to say that even well into his retirement, Messi will still be the best player on the planet. Even after he’s spent six months fishing. Even if he goes full Maradona and shovels [redacted] [redacted] of [redacted] up his [redacted]. For such a small man, he casts a long, deep shadow.

Indeed, the word is that Ole Gunnar Solskjaer will keep his job unless things get “catastrophic.” That’s from Goal, who add, “Such is [Ed] Woodward’s confidence in his plans for the club that even finishing in mid-table would not make him reconsider appointing a new manager.” Meanwhile, according to the Athletic, “Solskjaer is safe and there is absolutely no point speculating about his future or thinking that position is going to change any time soon.”

From this we can project a couple of things. The first is that Solskjaer, whatever his other managerial talents, must be one hell of a salesman. He currently has United sitting in mid-table and — worse — looking like they belong there. Yet the picture he’s painting is so convincing that Ed Woodward, who has sacked managers for the heinous crime of finishing fifth, is entirely at ease.

Perhaps it’s just that a manager with a positive plan for the club makes a refreshing change. David Moyes can’t have had much beyond hopeful whimpering; Louis van Gaal, by contrast, would have been full of projections, each one more baffling than the last. And José Mourinho doesn’t really do long-term … Where do I see myself in five years’ time? There will be fire and devastation, and the screams of the innocent. Brother’s hand will be turned against brother, and the skies will weep to see it. I’ll be working somewhere else.

Or perhaps Woodward just really, really, really needs this managerial appointment to work. Arguably the most striking thing about Solskjaer’s appointment as permanent manager was how unnecessary it was. It would have been so easy to let him go at the beginning of the summer: thanks for your vital caretaking role, you’ll always be a hero here, we’re after somebody with a bit more of a CV.

But the appointment happened, and it happened gratuitously early, and oh, how silly everybody’s going to look if it goes wrong. At this point Manchester United has to have a brilliant long-term plan that everybody’s super-impressed with, because there’s not much else going on. Perhaps, in a mass act of self-delusion, everybody at United has convinced themselves that buying some expensive young players and promoting a load of academy kids is a vision of the future that only Solskjaer could have perceived, a promised land that only Solskjaer can lead them to, and not, say, pretty ordinary as far as visions go.

While we don’t know if Mauricio Pochettino would have any interest in moving to Old Trafford, his dismissal from Tottenham has thrown the Solskjaer project into sharp relief. Because from the outside, it looks like Pochettino is better suited and more experienced. Not just in general, but in the specific things that Solskjaer is promising to do: youth development; modern, attacking football; and mixing things up at the sharp end of the table.

Manchester United’s next two games are, blessed be the gods of narrative, Tottenham at home — Jose Mourinho’s return! Live streamed by an online bookshop! Isn’t the future weird? — and then Manchester City away. It is not inconceivable that they come out of those two games with some points and maybe even a creditable performance. United are, after all, the only team to take points off Liverpool this season.

But you wouldn’t be surprised if they were thrashed, twice, in hilariously convincing fashion. It will be interesting to see just how promising the promised land looks then. And how far away.