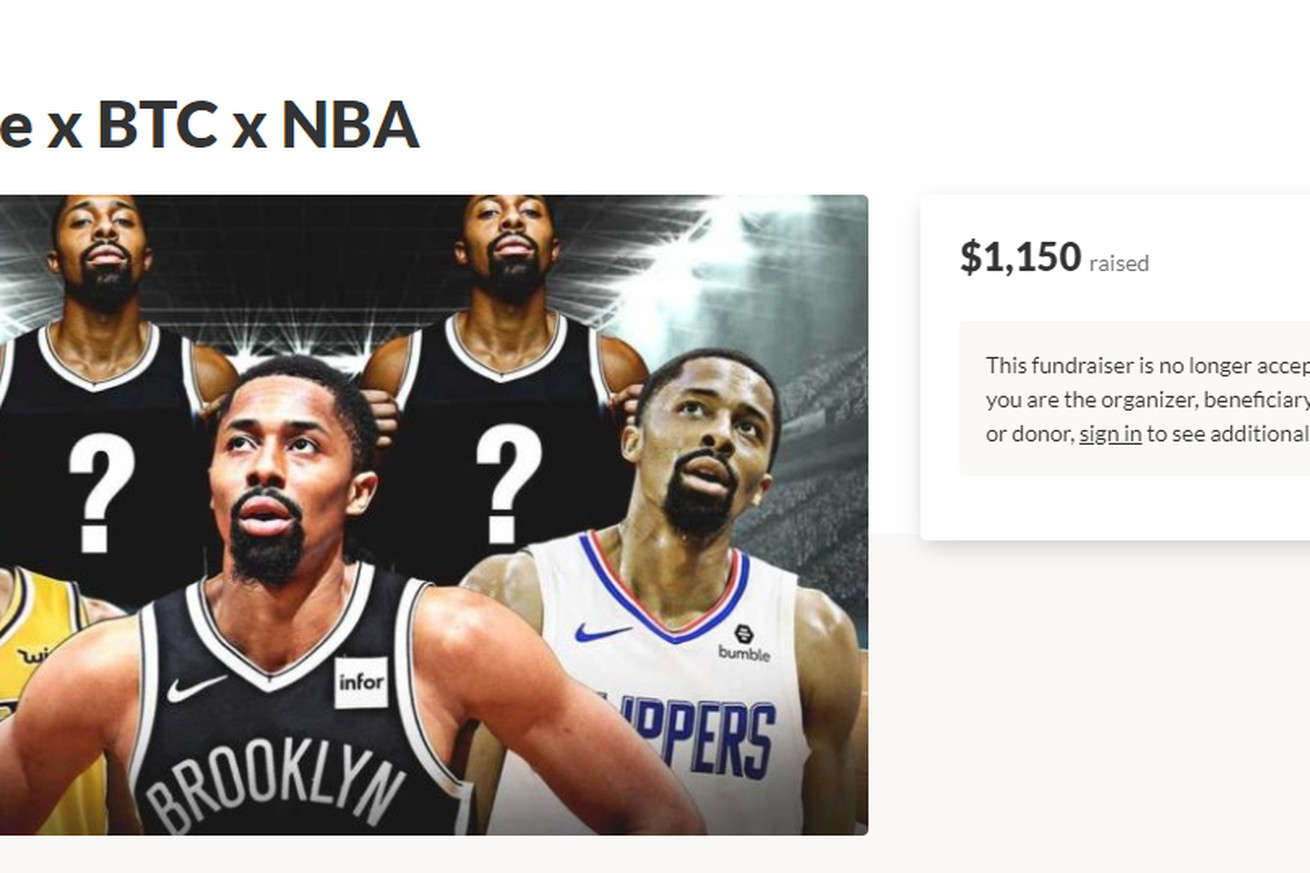 This was definitely not thought out beforehand.

Everyone is trying to keep themselves entertained during the coronavirus pandemic, but Nets guard Spencer Dinwiddie did something … unconventional.

Nets guard Spencer Dinwiddie (@SDinwiddie_25) says he will sign a one-year deal with the NBA team fans decide if they reach Bitcoin target of roughly $24,632,630 on a GoFundMe. Dinwiddie’s statement: pic.twitter.com/oebwkoFBEO

Let’s get the big part out of the way first: After it became extremely apparent Dinwiddie wasn’t going to reach his target he later amended his plans saying that he would donate any money raised if he failed to hit his goal, playing the whole thing off as “fun,” and deactivating the page. It’s very nice he’s donating the money, but it’s clear this was a late pivot when people started calling out how ridiculous this whole scheme was (also suggesting it might be against the NBA collective bargaining agreement). It also doesn’t change the important caveat that if, by some miracle, Dinwiddie hit his goal there were no plans to donate the Bitcoin raised.

You know, I’d like to imagine this kind of horrible scheme wasn’t cooked up by Dinwiddie himself. This reeks of it. I have to think someone convinced him this was a good idea, and nobody in the room was smart enough to say “maybe this isn’t the best idea guys.” It’s as if someone who calls themselves a “professional Yelper” was put in charge of a PR campaign having no specific talent at doing it.

It was branded as “let’s have some fun during a pandemic,” but you know what’s really fun? Not flushing your money down the toilet by giving a millionaire NBA player millions more for the “luxury” of helping choose his next team. People are having to pinch pennies as ration money to decide whether it’s better to eat right now or get diapers for their kids — so the idea they should spend anything on this harebrained scheme is dumb at best, and insulting at the least.

And no, this isn’t better because he asked for teams and owners to contribute. Thousands of part-time arena employees have been out of work for weeks during this crisis. It would be far more honorable and charitable to advocate for them — asking that funds be donated to their current struggling employees, rather than courting a future one.

That’s perhaps the worst part of all this. Until there was a modicum of outrage there was seemingly no thought for anyone else but Dinwiddie. He’s should absolutely hit free agency and get his money, but not by funneling average people’s money through cryptocurrency while pretending they’re the same as endorsers. Last time I checked the average NBA fan wasn’t a multi-billion dollar corporation that spends more on advertising each quarter than a person makes in a lifetime.

I’m so eternally glad only $1,150 was spent on this. It gives me a little more faith in the world. Instead of donating to Dinwiddie’s GoFundMe, which may or may not have actually gone to charity, instead consider helping these organizations: