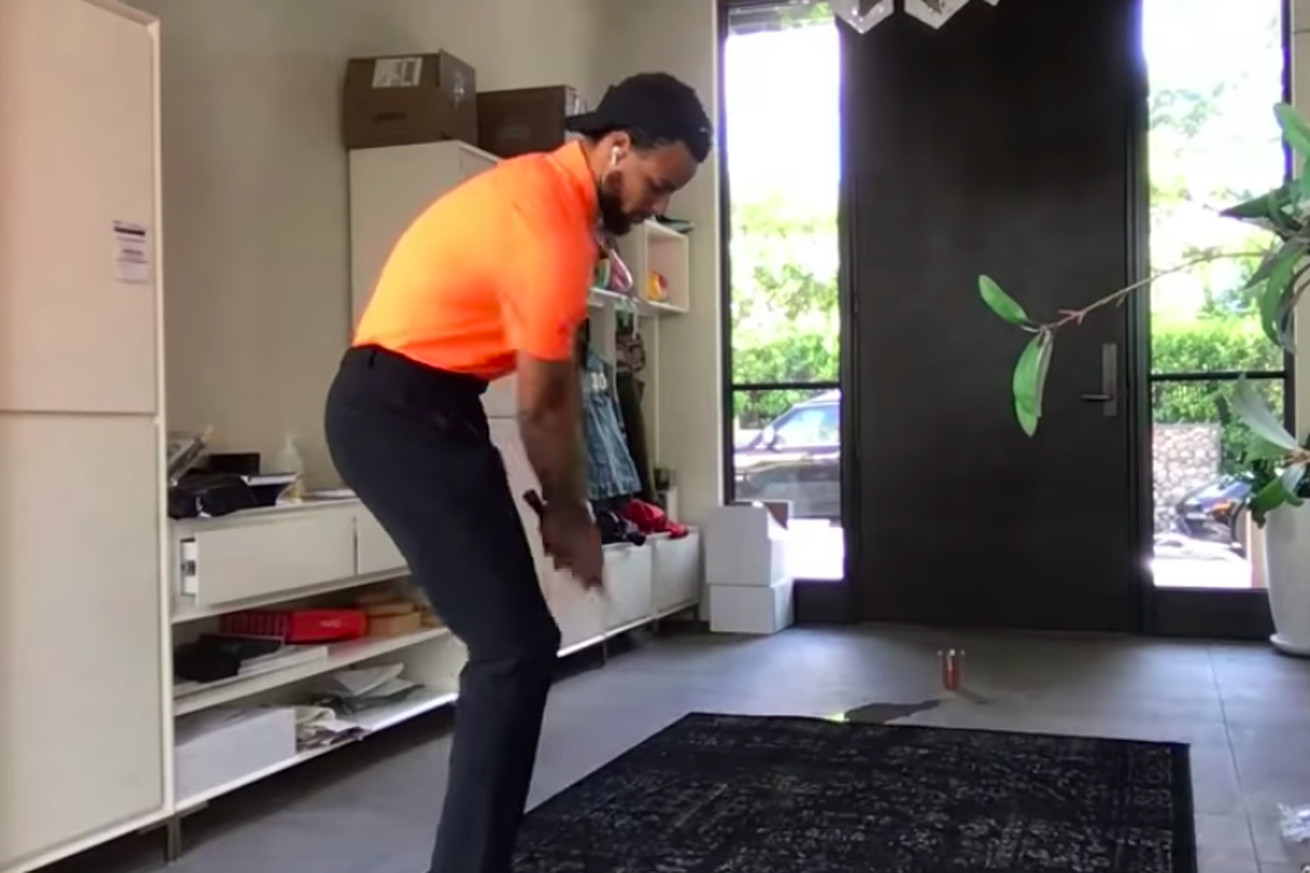 It’s been a productive quarantine period for Stephen Curry, who like all of us, dove into a new hobby. His appreciation of golf, particularly the miniature variety is well known with his show Holey Moley and he explained to Jimmy Kimmel that is was Michael Jordan who gave him an appreciation for the game.

Curry explained that watching The Last Dance served as inspiration for him trying to become a trick shot star at home while stuck inside — which honestly, is the weirdest motivation that could come from seeing Jordan try to lead the Bulls to one final championship, but we’re glad he did.

Perhaps the best part of this was Curry bravely trying to attempt his own trick shot on TV with no do-overs. Sure, it took seven or eight tries to bank a chip shot off a door and into a cup — but it’s a damn sight better than I could do. Obviously Curry has PLENTY of years left in his NBA career, but I’m here for him becoming a trick shot expect in retirement.