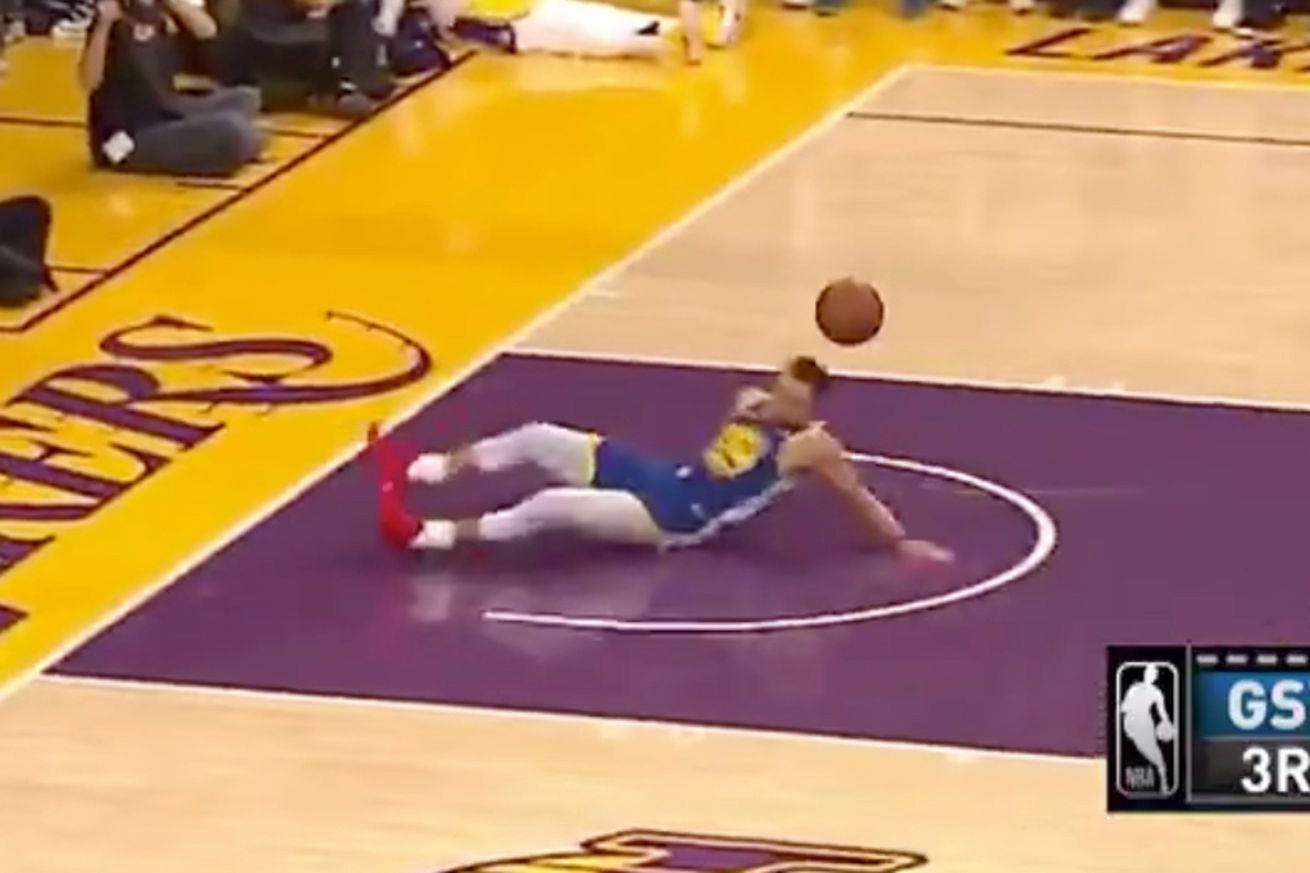 The Warriors have looked incredible since Stephen Curry returned from injury a few weeks back, and they have looked totally unbeatable in two games since DeMarcus Cousins made his Golden State debut. The Basketball Gods are, frankly, annoyed at this renewed inevitably. On Monday on of the world stage, the Basketball Gods decided to smite the player most responsible for the Warriors’ excellence.

In other words, click to see Stephen Curry try to dunk in the open court and instead fall on his tuchus, then recover to airball a corner three.

It’s important that we have little moments like this to remind us that despite Klay Thompson hitting his first 10 (ten!) three-pointers of the game and despite the team cleaning the clocks of all comers, the Warriors are still littered with humans. Golden State isn’t quite fallible, but the Warriors are earthbound in the slightest ways. Curry is literally earthbound — he may never try to dunk again after this one. Thompson eventually missed a long-range jumper. Kevin Durant, Draymond Green, and DeMarcus Cousins are prone to experiencing human emotions despite their basketball divinity.

Even the greatest team ever assembled will fall on its arse once in a while. Thank you for giving us that, Basketball Gods.

James Harden’s legend unfurling in our faces. Harden is so good that Corey Brewer faceguarded him while he was splayed out on the ground. The Rockets lost badly to the Sixers, despite Harden’s 37.

Speaking of the Rockets, they traded Carmelo Anthony to the Bulls to save some luxury tax dollars. This will be the second time in six months that Melo has been traded to a team in a salary dump only to be immediately waived.

Gordon Hayward has not been good this season.

Jospeh Tsai, the extremely wealthy dude who is in the process of buying the Nets from Mikhail Prokhorov, has agreed to take the WNBA’s Liberty off of Jim Dolan’s plate. Thank goodness.

Oof, the Grizzlies got beat by 20 at home to a Pelicans team without Anthony Davis.

And finally: Knicks fans and Thunder players teamed up for a delightful RAY-MOND FEL-TON chant at MSG.

One thought on “Stephen Curry slipped into something less comfortable”