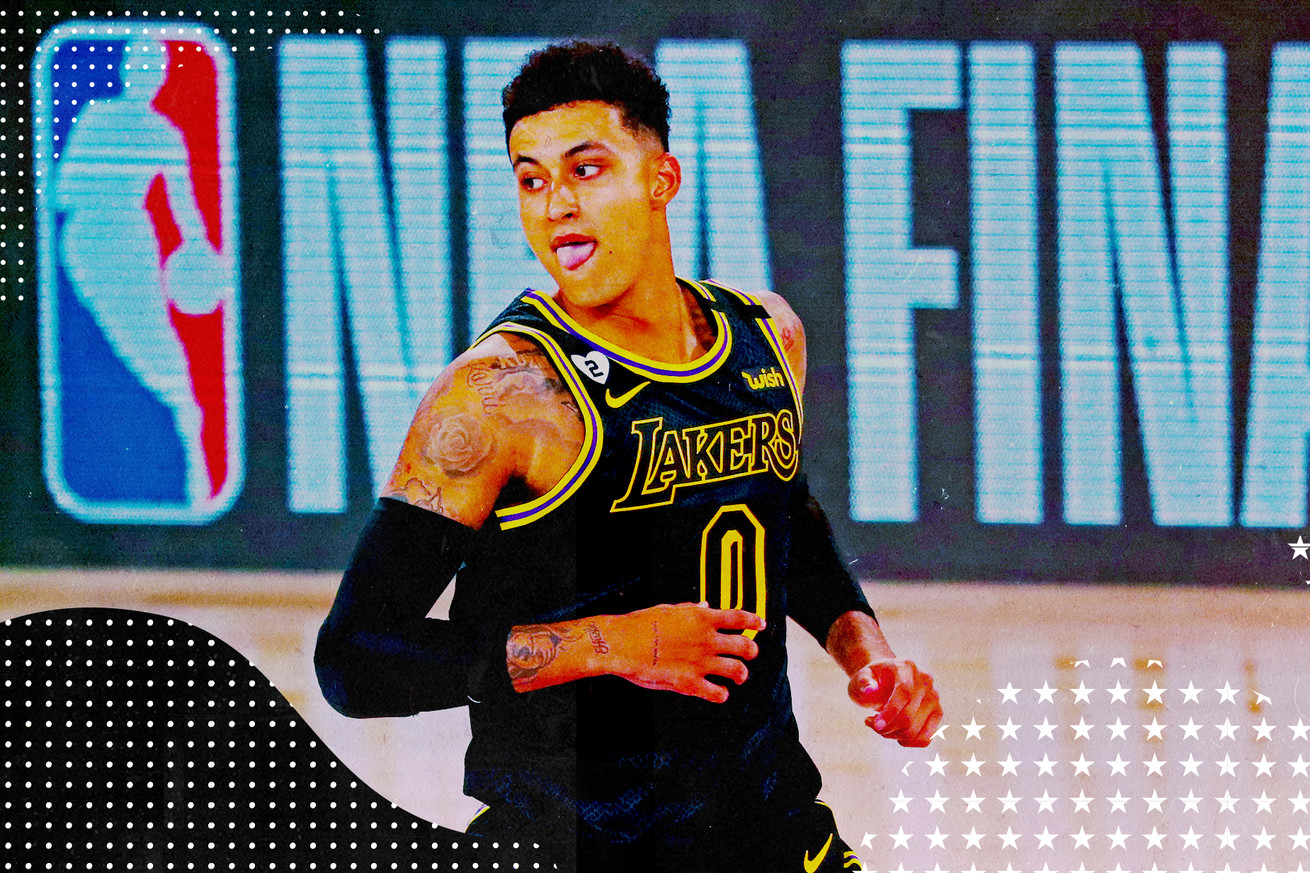 Kuzma’s up-and-down performances have played out for the world to see under the harsh spotlight of the NBA Finals.

Kyle Kuzma’s defining quality as an NBA player to this point in his career has been his streakiness as a scorer. When Kuzma is hot, his combination of size and shot-making ability has led some to predict future stardom. When he’s cold, he hurts the Lakers much more than he helps them, and becomes a frequent punchline within the fanbase. Kuzma’s up-and-down performances have played out for the world to see under the harsh spotlight of the NBA Finals.

Kuzma was brutal in Game 1 against the Miami Heat, finishing with three points on 1-of-7 shooting. Of course, the Lakers won that game easily. Kuzma played better in Game 2, finishing with 11 points on 3-of-8 shooting in another Lakers victory, but he still had some ugly moments. Search Kuzma’s name on social media and most people were talking about one hilariously bad turnover and his frustrating penchant for biting on pump fakes on the defensive end. Some idiots even started a petition saying Kuzma shouldn’t get a ring if the Lakers win the title, and got 11K signatures on it. Because that’s the biggest problem in the world right now.

Just as the slander was hitting its peak, Kuzma put together an extremely solid performance in Game 3. He finished with 19 points, hit 4-of-8 shots from three-point range, and was +6 in a game the Lakers lost by 11. It was an example of Kuzma doing an excellent job in his role even as Anthony Davis played one of his worst games in a Lakers uniform and LeBron James was more or less dominated by Jimmy Butler.

Kuzma is a polarizing player for a few different reasons. In a way, he’s almost a victim of his early success. The Lakers took Kuzma with the No. 27 overall pick in the NBA draft, and he was pretty good right away. Kuzma tied for the team-lead in scoring as a rookie by averaging 16.1 points per game. After LeBron signed in Los Angeles the next year, Kuzma continued to carve out a role as a supplemental scorer, averaging 18.7 points per game on just about league-average scoring efficiency (54.7 true shooting percentage). The problem was that Kuzma still had some serious flaws, most notably defensively and as a passer. The people who thought Kuzma would one day end up as an All-Star level player were always being too optimistic.

If Kuzma’s value around the league was really that high, he’d probably be in New Orleans right now. There were early reports that the Pelicans wanted Kuzma in the Anthony Davis trade, but the Lakers were determined to keep him. Regardless, New Orleans likely could have had him in the deal if they really wanted to. When Kuzma had a down season this year as he struggled to adjust to a new role and battled injuries, the focus on his shortcomings suddenly brought new critics. Kuzma went from beloved homegrown draft pick to a guy some fans are saying doesn’t even deserve a ring all while mostly playing up to his typical level for a team that is two wins away from a championship. Talk about a tough crowd.

Part of this is simply playing a Lakers team that had title-or-bust expectations all year. Part of it is playing next to LeBron, whose mere presence puts newfound pressure on his teammates even when he’s supportive of them. Part of it is also that the Lakers have a huge fanbase with lots of differing opinions. There is no blanket statement that can be applied to how Lakers fans view Kuzma because a fanbase that large is obviously going to disagree about some stuff.

In January, I wrote that the Lakers should explore the trade market for Kuzma. The idea was that Kuzma was likely the Lakers’ best trade chip because of his youth, and that the team could have used a more complete player in his role. At least so far, it looks like the Lakers really didn’t need to upgrade their roster all that badly. The team appears poised to win the championship, and Kuzma has been their third leading scorer in the playoffs even if his play has still left a lot to be desired.

Kuzma probably always got too much credit for his good games, and too much blame for his bad ones. In reality, the numbers he’s putting up in the playoffs right now are pretty similar to the numbers he put up in the regular season. Maybe this is just who he is: a 6’8 forward who can stockpile points in a hurry when he’s hot as a shooter, but ultimately won’t be a standout because there are too many areas where he doesn’t regularly impact the game.

If Lakers fans think Kuzma is polarizing now, wait until the team is negotiating a new contract for him. Kuzma will be up for an extension after this season, and it sure seems like it will be hard for the two sides to agree on a deal given the fluctuations in his play. One thing is for sure: the Lakers are getting solid value out of Kuzma right now. They’re paying him less than $2 million this season, and he’s certainly been worth more than that.

Basketball fans should probably stop making big proclamations about Kuzma and just appreciate him for what he is: a role player who’s holding his own for a team that’s two wins away from a championship. There are a lot of worse situations to be in than that.