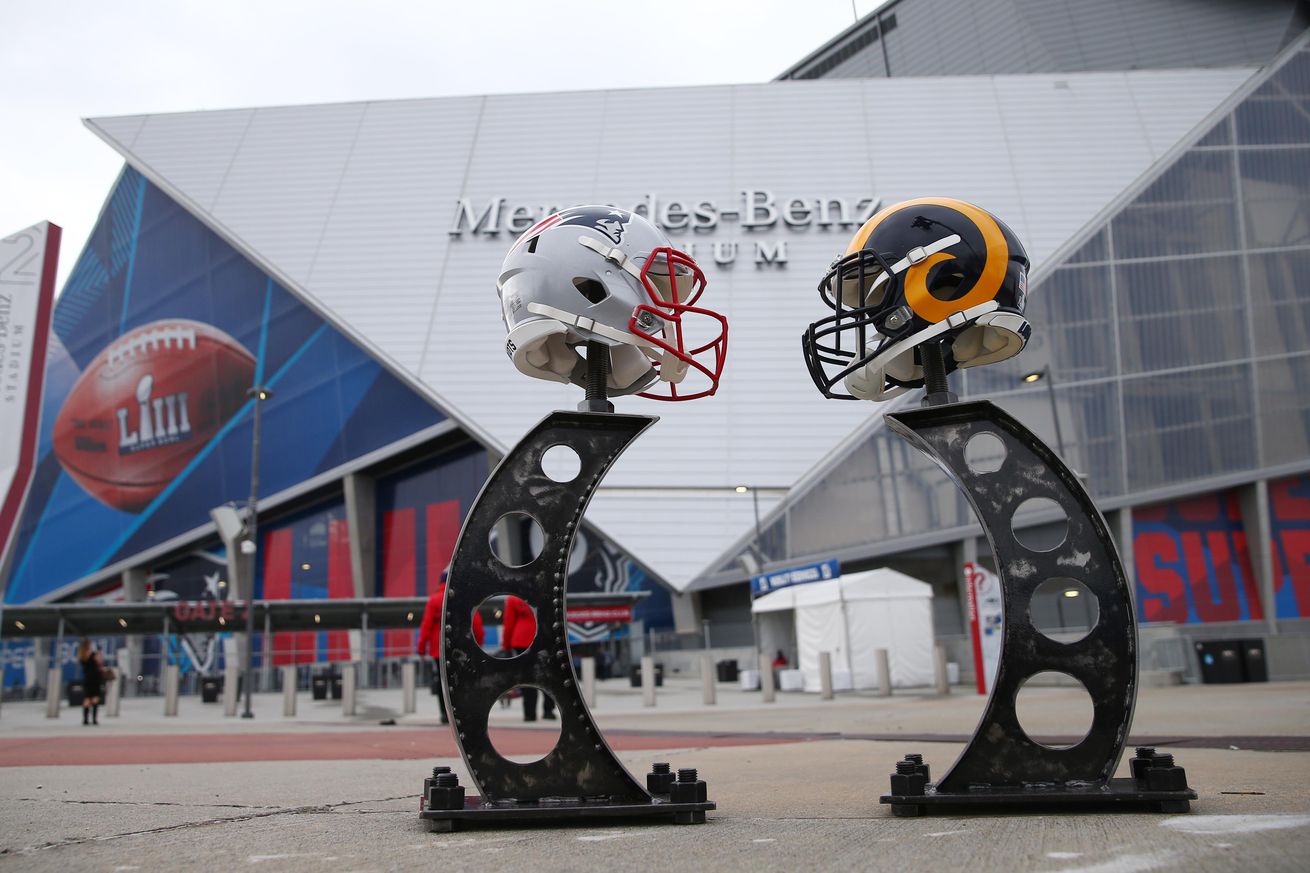 Before the Los Angeles Rams and New England Patriots battle in Super Bowl LIII at Mercedez-Benz Stadium in Atlanta, Georgia, there are hours of pregame coverage and activities.

CBS is televising the Super Bowl this year, but there is also loads of football coverage on NFL Network, ESPN and more networks, plus the always popular Puppy Bowl and Kitten Bowl elsewhere.

Keep track of all the pregame activity in one place, including the CBS interview with President Donald Trump, the national anthem sung by the legendary Gladys Knight, an Atlanta native, the coin toss, how to watch the game itself, and much more.