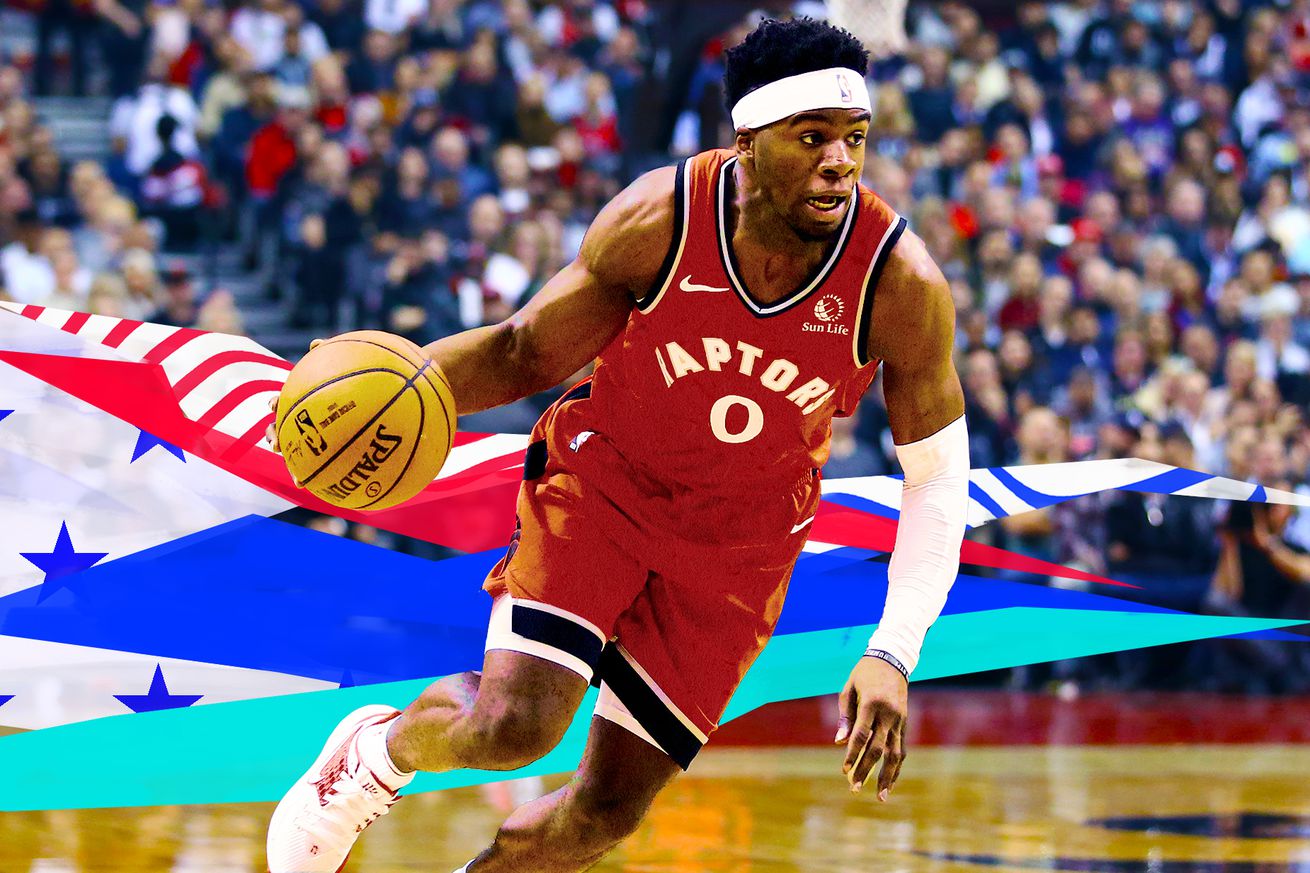 Terence Davis, an undrafted rookie, is already becoming a valuable contributor for the Raptors.

Davis’ bet on himself is paying off for the Toronto Raptors.

Terence Davis chose not to get drafted. Like Peter Parker getting bit by a radioactive spider or Bruce Wayne watching the death of his parents, it is impossible to separate Davis from the origin story that led him to the Toronto Raptors. It’s already been told hundreds of times, and that number will grow exponentially if Davis continues to play as well as he is right now.

Davis was an All-SEC performer at Ole Miss, but that didn’t get him noticed by NBA teams that tend to overlook four-year college players. He accepted an invite from the Portsmouth Invitational, a seniors-only showcase for NBA scouts, and that’s where his rise as a professional truly began. Davis was so good at Portsmouth that when an injury opened up a spot at the G League Elite Camp, Davis reported the next day. After again shining in that setting, Davis was one of 11 players from the camp chosen to participate in the NBA draft combine.

Davis played well over two days of scrimmages, measured with massive hands and a wingspan that was four inches longer than his height. He was officially on NBA radars as draft night approached, but the teams interested in taking him in the second round wanted him to sign a two-way contract that would have amounted to little pay in the G League and no guaranteed opportunity from an NBA club.

When Davis declined the two-way offers, he went undrafted. It was all part of a bold plan: Davis would bet on himself in NBA summer league and wait for a team to take notice.

Denver Nuggets’ summer league team, Davis went off for for 22 points in first game. The next day, the phone rang. It was the Toronto Raptors offering a guaranteed contract for one year with a team option on the second season.

Injuries opened up a rotation spot for Davis in Nov., and he responded by immediately turning into a critical piece for the Toronto bench. Davis has now seven in double-figures in seven of his last 11 games while giving the Raptors a physical, aggressive defender who is also making an impact on the glass and as a facilitator.

Davis is turning into another gem for the Raptors, fulfilling the belief he always had in himself that he could play at this level. This is how he’s done it.

Davis has always been a monster athlete

Davis had 20 DI scholarship offers as a wide receiver and was starting to get interest from the blue bloods of college football when he committed to Ole Miss to play hoops. The same qualities that made him a great football prospect — strength, length, competitiveness, and vertical athleticism — have always been present on the basketball court, too. This dunk by Davis during his senior season with the Rebels was one of the best of the college hoops season.

Davis’ athleticism manifested mostly on the defensive end, where he put up a big steal and block rate numbers at Ole Miss while also being a reliable rebounder. He’s bringing all of those qualities to the Raptors.

Davis first earned the trust of Toronto head coach Nick Nurse with his defensive ball pressure and rebounding. Davis hasn’t racked up a ton of blocks or steals, but he’s a disciplined defender who knows when to help teammates while still being able to recover for a closeout. Toronto’s team rebounding numbers have also taken a leap since he entered the rotation. If Davis has even a sliver of space, he’s able to crash the offensive glass and finish above the rim.

Davis’ athleticism and competitive fire earned him his spot on the court, but he doing more than simply performing in a narrow role right now. The more Davis plays, the more Nurse has trusted the other parts of his game to develop.

Davis is becoming more skilled by the day

Shooting has never been the strong point of Davis’ game. He finished his four-year career at Ole Miss as only a 33.9 percent three-point shooter, but did get better as he got older, hitting a solid 37.1 percent of his attempts from deep as a senior.

Davis worked tirelessly on refining his jumper in the pre-draft process, and it’s paying off in Toronto. Right now, Davis has made 23 of his 52 three-point attempts, good for 44.2 percent. He already has five games this season where he’s hit three of more three-pointers in a game.

As Kyle Lowry has missed time with injury, Davis has also gotten an opportunity to play point guard with the Raptors’ bench. This is a new experience for Davis after playing off the ball next to Devontae Shuler at Ole Miss, but he’s growing into the role at an impressive rate. Nurse is trusting Davis to run more pick-and-rolls, and he’s rewarding his belief by giving Toronto another selfless passer who can hit teammates in stride.

Davis had it all going against the Orlando Magic on Nov. 20, when he finished with 19 points, eight rebounds, and five assists.

During the Raptors’ seven-game winning streak, Davis is averaging 12 points, four rebounds, and 3.3 assists in 21 minutes per game. This is found money for a Toronto team that has rebuilt on the fly after losing Kawhi Leonard over the summer to again become one of the best teams in the NBA.

The Raptors struck gold once again

Davis isn’t just good for an undrafted free agent, he’s been the most impactful rookie this season by several metrics. Davis is leading all rookies in PIPM and wins added. He also has the highest net-rating on the Raptors, who are 15 points better when he’s on the floor.

Through games on Nov. 26, here’s how all #NBA rookies have fared in TPA during the 2019-20 season. pic.twitter.com/rD58xELmCL

Davis found inspiration from Fred VanVleet before he ever knew they’d be teammates. After Davis went undrafted, he retweeted a video of VanVleet giving a speech to his draft night party after he also went unselected in the 2016 draft. It feels like no surprise the same franchise was able to discover and develop two talented four-year college players who the rest of the league missed on.

The Raptors might be the best run and best coached team in the NBA at this point. It’s created an ideal environment for Davis to flourish at the start of his pro career, and he’s already giving the team valuable contributions in his minutes.

This is only the beginning of what’s going to be a long NBA career for Davis. It might never have got off the ground without his unwavering self-belief.