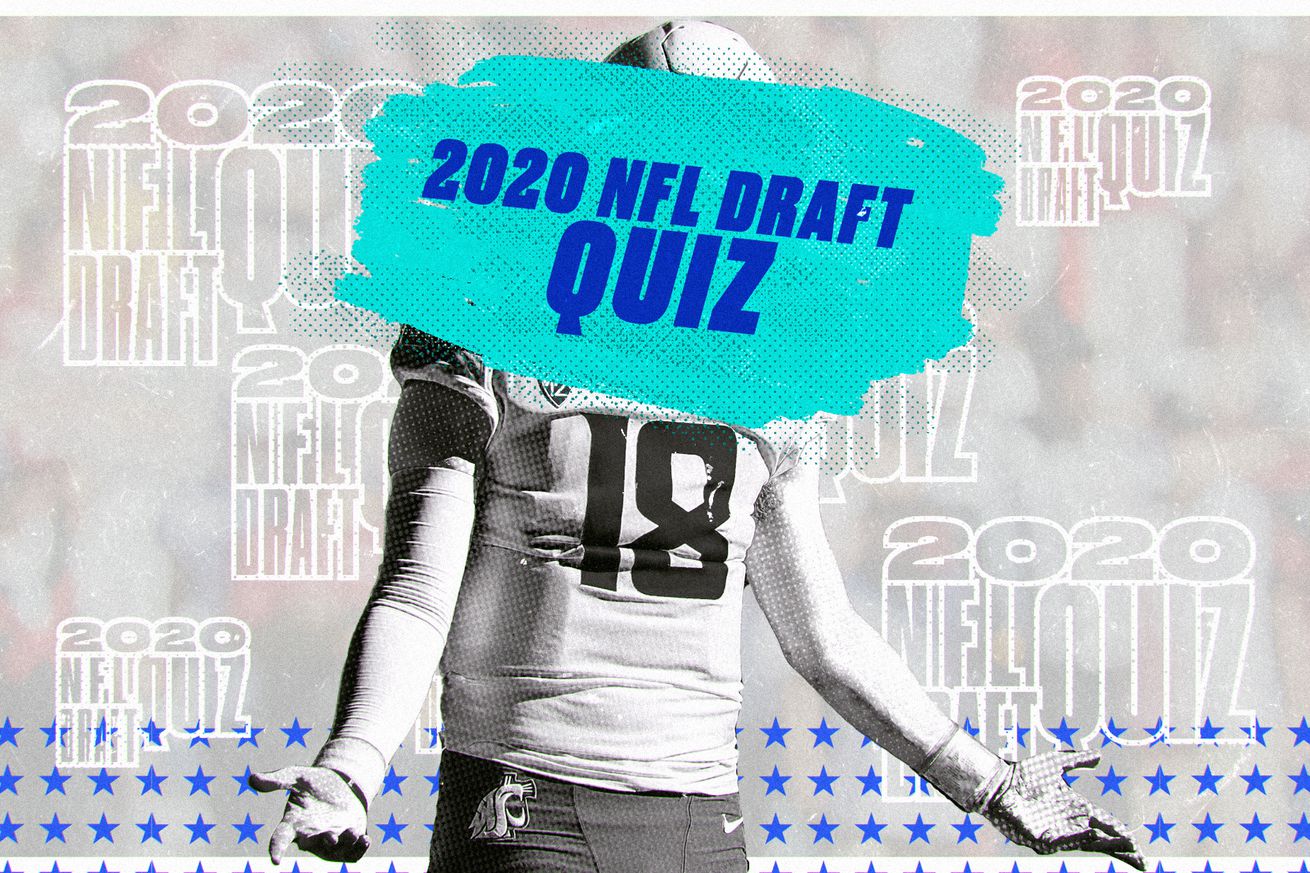 The 2020 NFL Draft class has a “Canadian Bulldozer” and Sinbad’s nephew.

How well do you *really* know this year’s NFL prospects?

You probably know a good bit about the 2020 NFL Draft class already.

Joe Burrow, the LSU quarterback and Ohio native, will likely be drafted No. 1 by the Bengals — and, oh yeah, he hates Cincinnati’s own Skyline Chili. Ohio State pass rusher Chase Young’s nickname is “Predator,” for obvious reasons. Thaddeus Moss, Antoine Winfield Jr., and Michael Pittman Jr. are all sons of famous NFL players.

But what about the lesser-known facts? Let’s test your knowledge with this 11-question quiz.

1. Who went to the same high school as actor Chris Pratt?

Eason, who started his career at Georgia before transferring to Washington, attended Lake Stevens High School in Washington, just like Pratt. Eason was a member of the 2016 class, while Pratt graduated in 1997.

The former Georgia QB was a pitcher representing the Southeast team, and he also struck out 11 batters in the series.

3. Which prospect has a pilot’s license?

The former North Dakota State pass rusher got his license during his sophomore year in college.

“I thought that was the coolest job in the world and I wanted to do that,” Tuszka said via the Bismarck Tribune.

4. Who has the nickname “Canadian Bulldozer”?

The Oklahoma defensive tackle was born in Ottawa, Canada, and was given the nickname because of his ability to make big plays on the Sooners’ defense.

His mother Faith won a bronze medal in the 1992 Summer Olympics with Nigeria’s 400-meter relay team. His dad, Festus, competed in the triple jump at the 1996 Summer Olympics, too.

6. Whose dad is a Harlem Globetrotter legend?

The TCU defender’s father, Jimmy, starred at Texas before playing for the Harlem Globetrotters from 1974-1987. During his time on the team, he made various TV appearances, including on The Tonight Show, The Love Boat, and, yes, Gilligan’s Island. He is now the Globetrotters’ head coach.

7. Which player didn’t almost have an MLB career?

Patterson, who played at Michigan for two seasons, was selected by the Rangers in the 39th round of the 2018 MLB Draft. Kmet was offered a six-figure contract by the White Sox in 2017, but he decided to stick with his commitment to Notre Dame, where he played both football and baseball. In 2015, Wazzu’s Gordon was drafted by the Mets in the 36th round.

8. Which running back loves applesauce so much that he puts it on mac and cheese?

The former Boston College running back is pretty open about his love for the stuff, and even coined a nickname for himself:

Mott’s should probably get on that endorsement deal.

9. Whose uncle is the famous stand-up comedian Sinbad?

His dad’s sister, Meredith, was married to the comedian in 1985 until the two divorced in 1992. They remarried in 2002. The former Ohio State safety is pretty used to having his family in the spotlight. Fuller’s mother Cindy Mizelle is a famous backup singer who has performed with Whitney Houston, Mariah Carey, and Bruce Springsteen during her career.

10. Who is the son of a former United States Congressman?

His father, who shares the same name, followed up his 14-year NFL career with a stint in politics. The former offensive lineman from New Jersey was a member of the U.S. House of Representatives from 2011-15. He played college football at Michigan, just like his son.

11. Who had 16-year NFL quarterback Jon Kitna as his high school coach?

The former TCU wideout played two seasons under Kitna at Waxahachie High School in Texas, where he totaled 114 catches for 2,075 yards and 27 touchdowns in his junior and senior years.