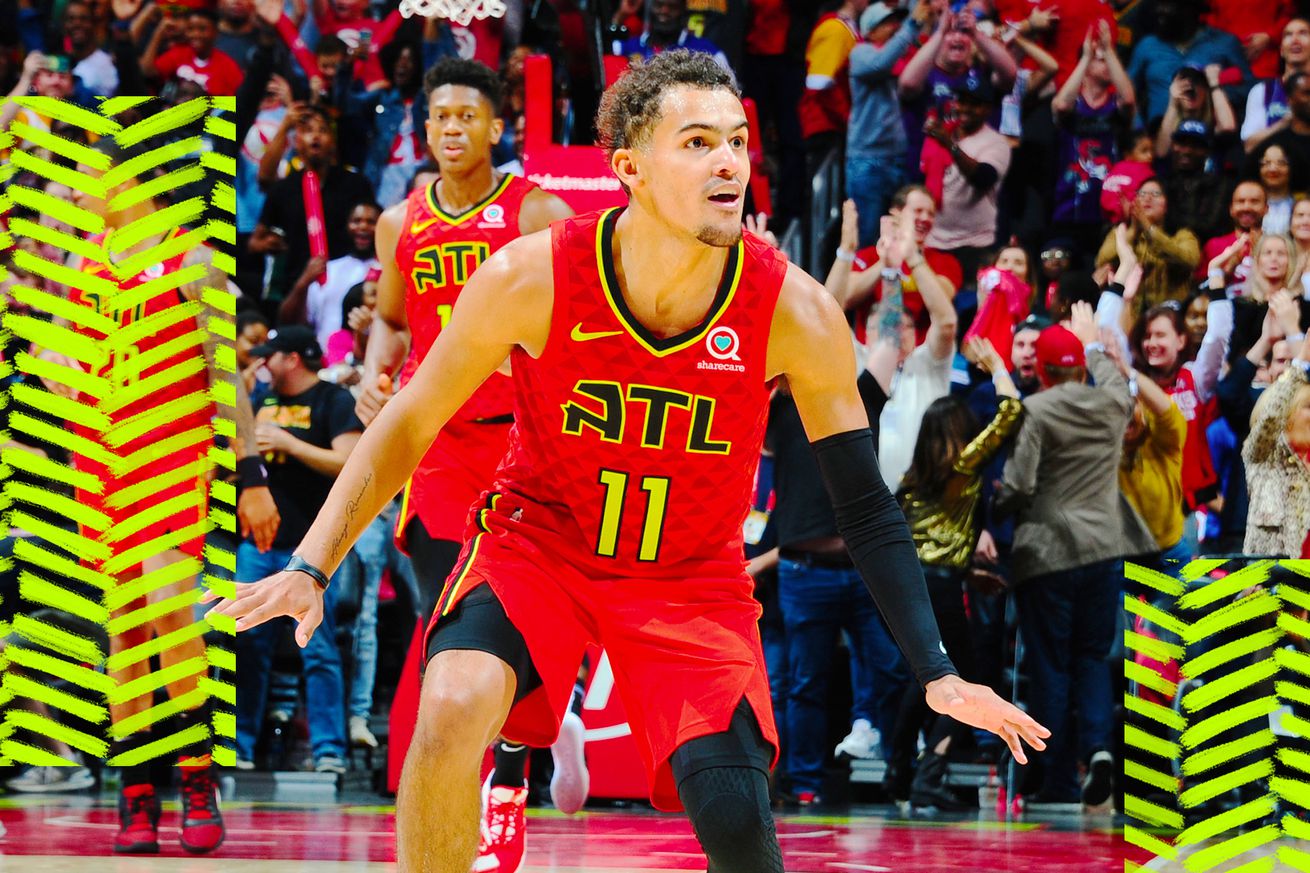 This post will probably be updated after every Hawks game, because that’s just how good Young is.

Trae Young is one of the most exciting young players in the NBA. Instead of blogging each one of his amazing highlights, we’re going to collect them all right here in a post that will run throughout the entirety of the 2019-20 season.

Apologies in advance for how lengthy the post will get, but it will be worth it.

Trae was in his bag in Denver

Where do his handles rank in the league? pic.twitter.com/rAFQQ9m2lG

35 points, 10 assists, 8 rebounds against Portland, whatever.

After scoring only nine points in his worst game of the year in a loss to Chicago, Young rebounded in a big way against the Kings. Young had 30 points and 12 assists, and no play better than this incredible pass:

Trae Young ridiculous behind the back pass pic.twitter.com/XjPudsMMoE

Young returned from a sprained ankle against Miami that kept him out a week, and started this game off shooting 0-for-8 from the field. Then went off in the second half, which included this gem:

Here it is in slow motion, because it was that good.

Just in case you, like us, needed to see this in slow motion pic.twitter.com/8MKvl8g685

Can we start calling him “Twitta Trae”? Because he gets the timeline going. I’m just saying.

The Atlanta Hawks have arguably the best social media team in the NBA (you could even argue sports), and well, I’m just going to let the tweet speak for itself.

Young put on an absolute show in the Hawks’ second game of the season with 39 points, and put the final dagger in the Magic by putting one in off the window.

THE BANK IS OPEN pic.twitter.com/2IYEX6UJar

Most of the logo threes are going to be in here, because they’ll never get old. First logo of the 2019-20 added to Young’s collection was the Pistons’ in a 38-point performance.

Trae just casually pulling up from the Pistons’ logo pic.twitter.com/keaoQOODoc